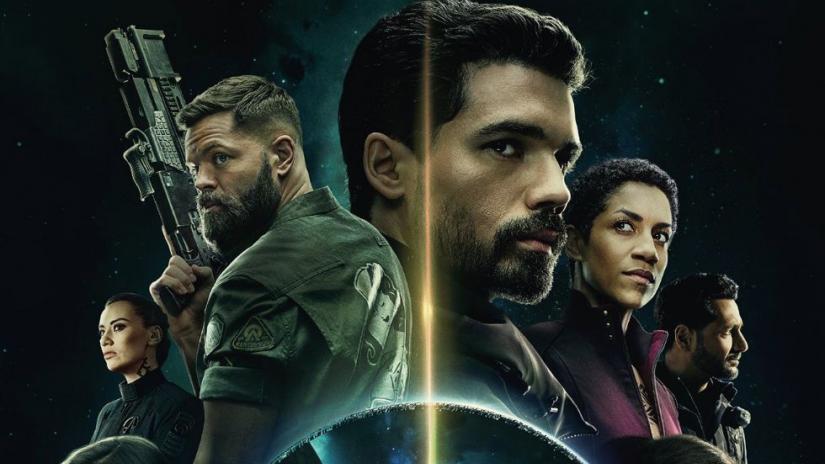 Would you believe if we say Amazon Prime Video has renewed your favorite show for two seasons all together? Well, the streaming platform has actually greenlit The Expanse Season 5 alongside the fourth installment. Season 4 of the series is yet to hit the screens. Moreover, it may not arrive until December. Fans are more than excited to know more about both the upcoming installments. Hence, here we have everything you need to know.
SyFy’s brilliant yet under-watched series won hearts with its debut season. The story, based on James S. A. Corey’s novels is one of its kind. Moreover, The Expanse casts a stellar set of actors, including Steven Strait, Dominique Tipper, Shohreh Aghdashloo, Wes Chatham, Cas Anvar, and Frankie Adams. The futuristic plotline appeals to a large number of viewers around the globe.

The Expanse debuted on the television back in 2015. With its very first season, it managed to win plenty of awards alongside heavy critical acclaim. However, after three long and lovely installments, original broadcaster SyFy dropped the show for further seasons ahead. Fans couldn’t bear the end of their favorite show and began protests over social media.
Over 100,000 people signed for an online petition. Moreover, a crowdfunding campaign paid for an airplane to fly a “#SaveTheExpanse” banner around Amazon Studios demanding the company to pick up the show. Eventually, Amazon Prime happily picked up the series for additional seasons. The news was announced back in May 2019 by Jeff Bezos.

The renewal of The Expanse Season 5 came as a shock to thousands of fans online. The official social media accounts of the show announced the news on July 27, 2019. While Season 4 still has a while to hit the screens, it’s convenient to know that our favorite show has a secure future.

What Will Happen In Season 5?

The plot of Season 3 was left open-ended, and most of the fans expected a lot to happen further in the story. The fourth season of the series will continue the s toryline from where it was left in the previous installment. Although, before we know what will happen in Season 4, it’s hard to predict what may happen in The Expanse Season 5. However, it is expected to be as exciting and thrilling as all of the prior parts.

ICYMI or have been living under a moon rock:
• Season 4 premieres on Dec 13
• Season 5 is confirmed
• Enjoy the newest teaser for #TheExpanse below https://t.co/UriaR2guuH

As of now, Amazon Prime has only announced the renewal and no details about the arrival of the fifth installments. However, since the renewal is declared early, chances suggest that The Expanse Season 5 may release sooner than we expect. Season 4 of The Expanse will premiere on December 13, 2019. As per speculations, another installment of the drama series may air towards the end of 2020.