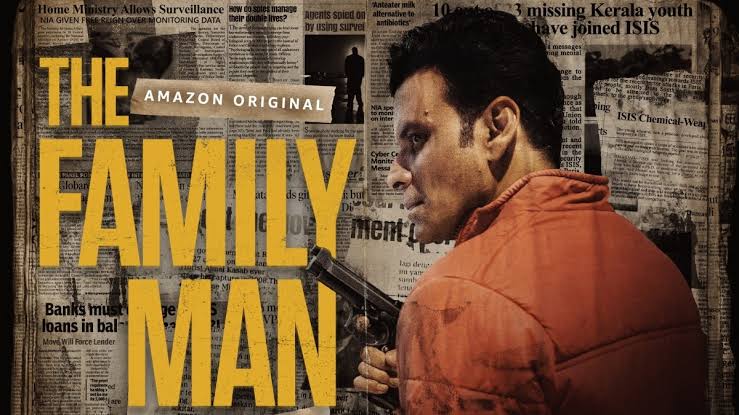 With the debut of The Family Man on Amazon Prime, the show has created much of a charm. Lead by Manoj Bajpayee as the government agent, the espionage spy drama got excellent reviews and appreciation from the fans around the world. Just after the premiere of the first season, the fans of the show started asking about its second run, The Family Man Season 2.
The announcement for the renewal of The Family Man Season 2 took place recently by the streaming service. However, the creator, co-writer, director, and producer of the series, Raj Nidimoru and Krishna D.K., already confirmed it’s return last month. Also, the second season is now in production as well. Lets have a look at all the details about the next run.

Samantha Akkineni (Rangasthalam 1985) is going to have her digital debut with the upcoming season of The Family Man. She expressed her excitement during the announcement. As per her, “With the digital space booming, I knew I had to become a part of this revolution. And what’s better way to make my digital debut, than with one of India’s most beloved series – The Family Man. I have loved Raj & D.K.’s work, and given the global reach and standing of Amazon Prime Video, I couldn’t have asked for better partners. The role I play for the show is diametrically different from anything I have done before. It will certainly surprise and delight my fans.”


Lead by Manoj Bajpayee (Gangs of Wasseypur) as government agent Srikant Tiwari; the second season is all set for the return of Priyamani as Suchitra Tiwari. Sharib Hashmi as J.K. Talpade. Mehek Thakur as Dhriti. Vedant Sinha as Atharv. Shahab Ali as the terrorist Sajid. Pawan Chopra as Mr. Sharma. Shreya Dhanwanthary as Zoya. Sharad Kelkar as Arvind and Dalip Tahil as Kulkarni.

Raj and D.K. discussed the popularity of the show via D2R Films. As they said, The Family Man has become a global sensation, and they couldn’t be happier associating with Amazon Prime Video to make this happen. Also, the duo hoped that audiences would like and relate to the show, what has genuinely overwhelmed them is the magnitude of love we received within days of the release, they added. Moreover, they shared their excitement for having the second season of The Family Man. According to them, “We are delighted to announce that together with Amazon Prime Video, we are coming back with a new season that promises more edge-of-the-seat drama and thrill – the plot will thicken.”


Also, the lead of the series, Manoj Bajpayee, shared the thrill of being loved for his espionage spy thriller. As he stated, “There is no better feeling for an actor than being appreciated by the audience and fans. The response received on my performance in The Family Man has been overwhelming.” He also thanked Raj and D.K. and Amazon Prime Video for their faith in him and allowing him to play the flawed but extremely relatable Srikant Tiwari. And Manoj is very much excited for the second season of The Family Man, as his experience of working with Amazon Prime Video has been phenomenal.

The debut season of The Family Man got out on September 20, 2019. Therefore, the second run of the series will return most likely by September 2020. For more updates on Family Man Season 2, stay tuned.