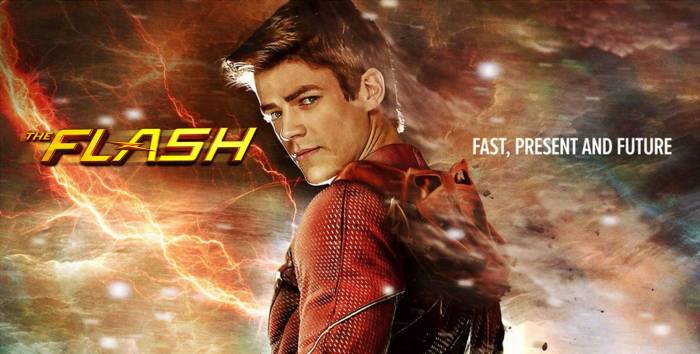 The Flash Season 6 Episode 8: Get ready for the most dramatic part of the season. As you all know, we all are heading towards the mid-season finale. Hence, everything is escalating towards the Bloodwork. Well, it will be interesting to see how things can age for Barry.
The last episode titled The Last Temptation Of Barry Allen: Part 1 was one intense episode from the season. We just witnessed Barry getting infected by Bloodwork. Moreover, he is torn amidst accepting the blood and surviving himself, or should he sacrifice himself. The episode ends on the most unexpected part of the series. Barry evolves into the Negative Flash as he chooses the dark side.

The forthcoming episode is the continuation of the two-part midseason finale. And here’s everything you need to know before the epic Arrow-verse crossover ‘Crisis on Infinite Earths.’ The Flash Season 6 Episode 8 is titled The Last Temptation of Barry Alen: Part 2. The coming episode will showcase Barry’s final days on Earth. Furthermore, the team is also gearing up for the big battle. Also, the team knows they have to prepare without the Scarlet Speedster, who has already predicted his fate in the war.
As we all know, Barry is infected by the negative flash, he finds himself surrounded by Iris and Cisco. Meanwhile, the rest of the team is trying to regain control over the territory of Central City, while Bloodwork’s army continues to unleash havoc. Although Bloodwork seems undefeatable for the moment, the flash team is also prepared to put up an epic battle. Well, it will be interesting to see how the story further unfoldes.

The last Episode from The Flash has shattered the fans. The twitter wars are clear proof of that. However, that fact that has disturbed the fans is the fact that Barry is now affected by the negative flash. Well, it is also the most interesting and awaited part of the show. But now that the moment has just arisen, fans are not able to take it. However, the audience is also excited about the big battle. But time is the biggest enemy right now. Fans are already claiming that they are just not ready for the mid-season finale. The wait for the conclusion is just not fair for the audience. What comes next for Barry is a series of events happening inside his head. This due to the infection of Ramsey’s blood. As an audience, we do not know what’s real and what’s not.

The episode which has already kept its fans hooked up to their T.V. screens will release next week. The eighth episode of The Flash Season 6 will release on 3rd December 2019. As we have told you earlier the show is gearing up for its mid-season finale. And this episode will be the last installment of it. The current season started from 26th October and will return post the short break. Currently, the show is at its peak and has space for all sorts of anticipations.