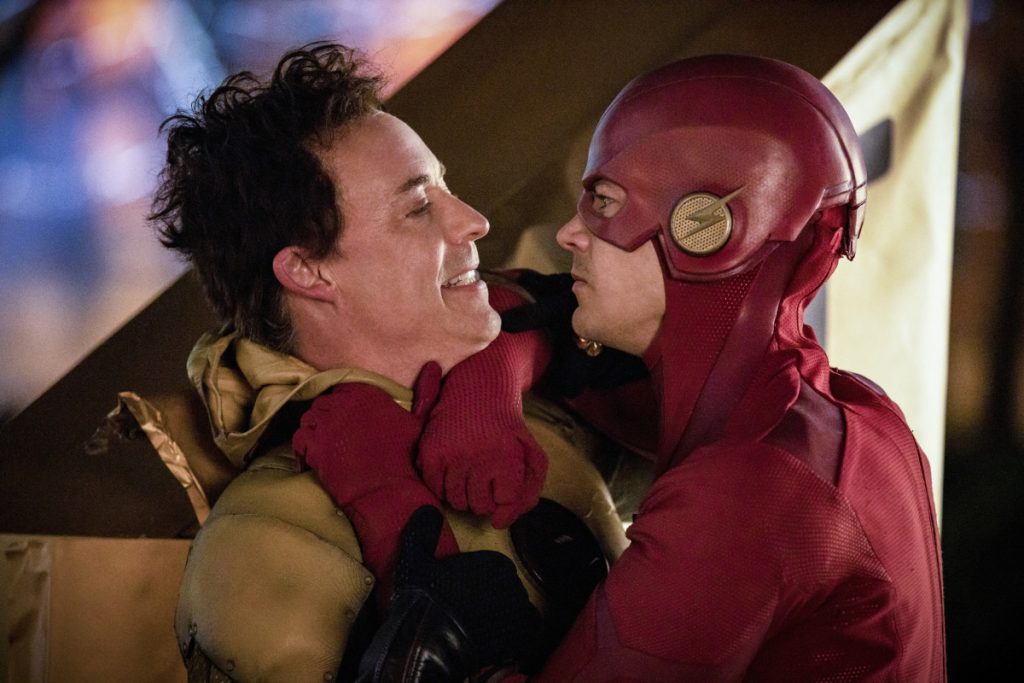 'The Flash Season 6': Everything To Know Before Premiere, Villains, Plot

The Crisis of Infinite Earths is upon us and also, The Flash Season 6. The sixth season of DC’s superhero is just less than a month away, and it has become the hot potato for everyone now. The CW also released a short teaser for the upcoming season, featuring Barry Allen getting a glimpse of the future.
The sixth season is ready to bring in some new stuff for the audience. Not just the new Flash costume, Eric Wallace also took over from Todd Helbing as the show-runner. The Flash executive producer Greg Berlanti also praised Helbing’s contribution to the show. According to him, he had been with the show from the first season and brought the show to a fantastic level. Berlanti also welcomed Eric and seem thrilled to watch how he shapes the future of Team

The Flash Season 6: Teaser Out Now

The CW released a short teaser for the upcoming season of The Flash. The video is only 10-seconds short, but it succeeded in hyping the expectations from The Flash Season 6.
In the teaser, Allen is wearing Jay Garrick’s helmet, which is connected to some unknown machine. It is possible that the device links him to the Speed Force. In the clip, Barry Allen told that he had seen billions of different futures along with millions of deaths too. Moreover, Allen seems quite vulnerable also as he knows that he can not stop what is coming. Though he did not use the word crisis, we all know that Crisis is coming.
https://youtu.be/1EoRkH1YV4A

The audience can see Barry Allen aka The Flash (Grant Gustin) in the poster, along with Iris West-Allen (Candice Patton), Caitlin/Killer Frost (Danielle Panabaker), Cisco Ramon (Carlos Valdes), and Elongated Man/Dibney (Hartley Sawyer). However, the poster did not include Tom Cavanagh, though he is in the sixth season.

Also, this time, Flash is wearing a new suit, with a chin strap on his cowl. The fifth season Flash suit lacked that strap. His flash-suit for the sixth season is inspired by the New 52 costume from the comics.

Season 6 will begin with Sendhil Ramamurthy’s Ramsey Rosso serving as the latest antagonist, Bloodwork. However, it will be split in two ways, and a main villain will kick-start his bad job after the Christmas break. However, there has not been any revelation as who will that be. But as per the speculations spreading, it could be either Godspeed or the Red Death.

The Flash Season 6: What Will Happen?

The audience knows that the upcoming season of Flash will focus on the Crisis Crossover. As per show-runner Eric Wallace, the crossover will change everything for both Team Flash as individuals and the Arrowverse as a whole too. He also teased the impact of Crisis on Season 6. According to him, the event will be like stepping on a landmine for the show.


In an interview, star Carlos Valdes also stated that the series would grow up and be a little more mature in the upcoming season. Also, this time, the story will take a darker turn, so this is definitely not a season to be missed.

The sixth season is scheduled to release on Tuesday, October 8, 2019. The Flash Season 6 will premiere on The CW. For more updates, stay tuned.