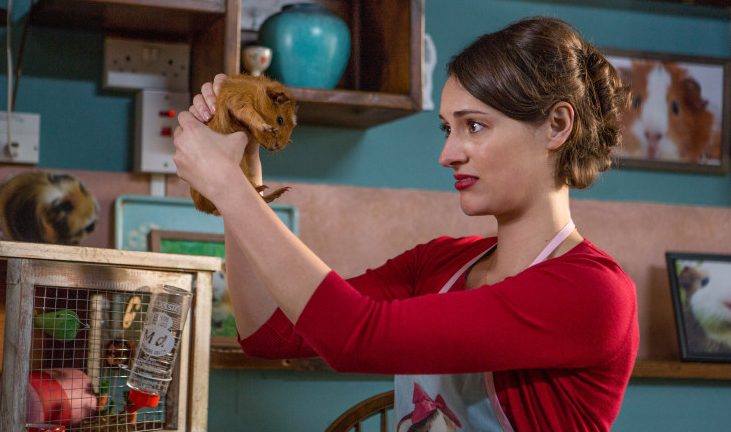 The Bafta-winning Phoebe Waller’s drama comedy is ready for a come back with The Fleabag Season 2. Phoebe Waller made the official announcement about the second season at the Edinburg International TV festival back in June 2018. The show has been renewed for its sequel after three years of the release of the first season.
The first season of The Fleabag has been one of the hits, a highly acclaimed show of BBC. It was a soothing dark dramedy based on love, lust, and loss. The show became one of the most talked-about shows of 2016. The writer and lead Phoebe Waller-Bridge solely handles the show.

The production of the sequel started in August 2018. The filming and post-production work has been completed. Amazon has officially announced that The Fleabag Season 2 will drop on May 17, 2019. The series will premiere on Amazon in the United States and on BBC Three in the U.K.

Moreover, in a tweet, BBC has also revealed the first look of the show featuring lead Phoebe. Fans can see Fleabag standing against a wall, all dressed up and smoking, looks thoughtful.

Back to black? First look at #Fleabag series two… pic.twitter.com/04Hwu0tXqr

The Fleabag Season 2: New Cast Addition to the Show

The core cast of the first season will be returning for another run. Moreover, the return of Hugh Dennis as the bank manager on the show is a bit in confusion. Back in June, Hugh stated that he doesn’t know whether he would be in the show or not. However, he was not seen on the official announcement of The Fleabag Season 2.
Moreover, there are some new additions to the cast of the second season. Andrew Scott ( The Sherlock Holmes star) will join as the priest with Kristin Scott Thomas and Fiona Shaw as the guest stars.

The Fleabag Season 2: What Will Fleabag Do In The Next Season?

During an interview, Phoebe Waller revealed that there was a time when she didn’t think about a sequel. According to her, the structure of first season seemed so tight; it felt complete.
In the first season of The Fleabag, storyline revolved around an emotionally broken woman, in her 30’s and living in London. She is trying to steer her life while dealing with the death of her best friend. According to Waller-Bridge, The Fleabag Season 2 will be “something completely different.” It will still be her story but will take place at an entirely different stage in her life. The plot of the second season will be based on “Fleabag vs. God.”
The second season will pick up from one year after the incidents of the first season. The Fleabag’s relationship with her sister Claire will again be the center plot of the season. She will also have to contend with Claire, who decided not to believe that her husband Martin had tried to kiss her sister. Fleabag will even come around a priest, who “jolts her into seeing the world differently.”
Talking about the future of the series, Waller-Bridge said that she is determined not to do a Season 3, as The Fleabag Season 2 will finally visualize what Fleabag wants and what she can have.