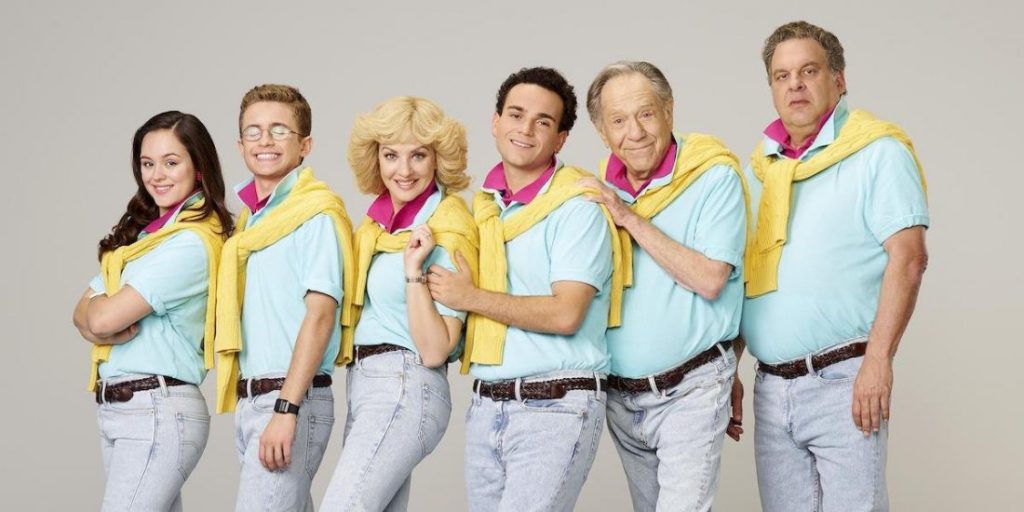 The Goldbergs Season 9: Is It Happening? Show Pays Tribute To George Segal

The Goldbergs has been a popular series on ABC, which is currently in its eighth run. However, after hearing the heartbreaking news, fans wondered if The Goldbergs Season 9 ever happen. Well, this family has always made us laugh through its iconic comedy and full of heart story. Now, after the loss, the showrunner confirmed to return with a short tribute. But it’s unclear whether the ninth season is on the cards.

The Goldbergs has been on air since 2013 and touched many hearts. It centers on the showrunner Adam F. Goldberg’s childhood in the 1980s. Over the seasons, the series focused on the era’s pop culture in non-chronological form. Well, each season follows some reference which adult Adam narrates, while many connections to real-life Philadelphia with many 1980s cultural icons guest stars.

The Goldbergs Season 9: Has It Renewed For The Next Run?

As of now, ABC hasn’t announced The Godlbergs Season 9. But it doesn’t mean that season 8 would mark the end to Adam F. Goldberg’s family drama. ABC hadn’t even renewed the eighth season when the seventh season wrapped up. So, we can expect the same to happen with the ninth season.

The production for the eighth season halted due to the ongoing pandemic. But it later started airing back in October and is still underway. The previous seasons of The Goldbergs ran nearly around 22 or 23 episodes. So, it’s entirely possible that fans could expect some more episodes to come this year. Thus, it’s pretty early to speculate on The Goldbergs Season 9.

Will George Segal’s Character Die In The Goldbergs?

Sadly, The Goldbergs star George Segal, 87, died this Tuesday in Santa Rosa, CA. The reason for his demise was complexities from bypass surgery. For the past eight seasons, Segal played Albert “Pops” Solomon, a series regular on the 1980s-set dramedy. The Goldbergs paid tribute to Segal in the recent episode that aired yesterday. It featured Segal in an In Memoriam video card that contained Segal Goldbergs’ character picture and his year of birth and death (1934-2021).

However, episode 16 was the last episode he filmed before his departure. The Goldbergs Season 8 Episode 16, titled “Couple Off,” will air on April 7. However, it’s unclear whether the showrunner would introduce his character’s death in the upcoming chapters as the show is filming its season finale this week.

Cast And Crew Shared Their Feelings

Recently the show’s cast and crew members said that they are devastated by the loss of their close friend George. They continued that George was sweet, kind, and beyond funny and talented. “George was the true epitome of class,” and he left a significant impact on their lives. They also said that it was an honor to work with him as a friend and colleague of all these years. “He will be missed by all. Pops, we will miss your infectious laugh and banjo playing. Rest in peace,” they added.

What Will Happen In Episode 16?

As per the official synopsis, Joanne and Barry crash Geoff and Erica’s peaceful camping trip. However, they all end up in a competition to check who the best couple is. That results in causing some unpredictable changes in relationships. Meanwhile, Brea thinks Adam has a privileged and easy life. Adam decided to prove her wrong by finding a job. But he learned that Brea might be right.