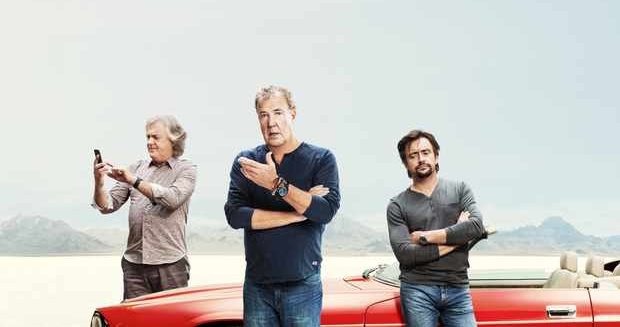 The journey of the iconic trio has already begun. The production work for The Grand Tour Season 4 is underway. And all the three hosts, Jeremy Clarkson, Richard Hammond, and James May are having the time of their lives. That is because Season 4 has ditched the studio tent and headed out for a series of road trip specials.
The audience is longing to know more and more about The Grand Tour Season 4. And here are all the updates of the upcoming installment of The Grand Tour.

This is not the first time that Jeremy is picking up on Top Gear host Matt LeBlanc. However, this time, the former Top Gear host took this to another show, Who Wants To Be A Millionaire?
In the weekend episode of the quiz show, Jeremy asked the contestant, “In the sitcom Friends, which character is a paleontologist?” The contestant gave the right answer, which was Ross. However, Jeremy did not leave the chance to bait on Matt Leblanc. He said, “I don’t know what happened to the actor who played Joey – disappeared without a trace.” After the three hosts left their previous show Top Gear, Matt along with the radio host Chris Evans took their place as the next hosts of the show.
Previously, the show’s Youtube channel also posted a behind the scenes video, starring producer Andy Wilman. The video featured Andy giving viewers a tour to the editing suite and discussing the show. In between that, Andy was interrupted by the office dog, Alfie. To that, Andy cuddled the dog and asked that do he like Matt LeBlanc? He only answered that question with a yes.

The Grand Tour Season 4: Another Crash Supposedly By Hammond

The hosts of The Grand Tour has been through a lot of crashes and mishaps in its previous seasons. And it looks like the upcoming season will also feature another one, big time. Recently, James May added a post on his Instagram handle, in which two guys are taking care of a wall in Pompeii. The stone wall got damaged with lots of its rocks missing.

The caption to that post is as follows, “Pompeii, mending mysterious damage to the wall.” Though there has not been a single mention of the crash done by Richard Hammond, the fans altogether pointed their fingers at him. Also, a lot of comments popped out on the post, blaming Hammond for the crash. However, the accusations were all wrong as the host was not even in the country at that time.

Season 4 of The Grand Tour is in the middle of its production work. At the end of Season 3, one of the hosts, Clarkson revealed that the upcoming season would have several specials rather than a full season. This will also help all the three of them to work on their individual projects.
Richard Hammond’s Big, the show hosted by Hammond, will explore some untouched depths of engineering. Meanwhile, James May will begin an adventure journey to Japan to understand the unique, extraordinary, and complex country. The title of Amazon’s show will be Our Man In… Japan.


The fourth season of The Grand Tour will explore many locations, including Cambodia, Thailand, Laos, Myanmar, Vietnam, Malaysia, and Singapore. This news has been confirmed by one of the hosts, Clarkson only. Moreover, the show is set to mimic the four specials of the third season. It’ll also feature the executive producer Andy Wilman describing the Mongolia special of The Grand Tour as “the best episode” of the run.

Well, the release date for the fourth installment of The Grand Tour is not yet confirmed. However, looking through the pattern followed by the releases of the previous seasons, the show would likely air by February 2020. For future updates on The Grand Tour Season 4, stay tuned.