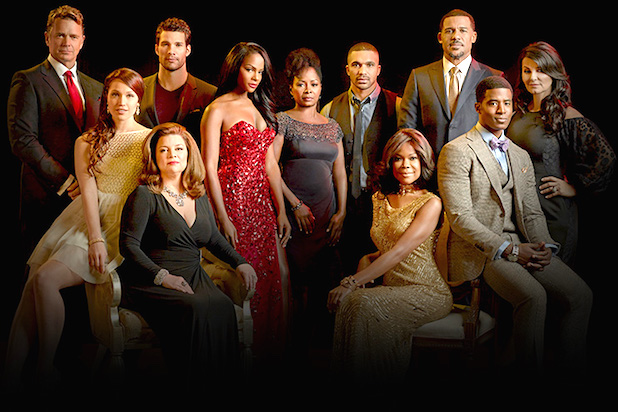 The Haves and The Have Nots Season 7: Spoilers, Cast And Release Date

The Haves and The Have Nots Season 7 is just a month away. The series is the most popular series by Oprah Winfrey Network. Season 7 is set to bring more drama, affairs, and manipulations. The network’s highest-rated broadcast recently announced the series is coming up with its seventh season. Moreover, the Harrington family is back to fight for their quest for power and wealth.

The Haves and The Have Nots Season 7: Plot

The plot of The Haves and The Have Nots revolves around the productive lives of Harrington and Cryer families. And the poor Young family and their own dysfunctional lifestyles. However, the story takes an unexpected turn when Hanna takes up the job of a maid in the Cryer family. And, that’s how their lives intervene with each other, and the real quest starts. The tagline of the upcoming season reads, Revenge, Heartbreak, Betrayal, Death, and Destruction touching the lives of every character. So, one thing is for sure the Cryer, Harrington, and Young families will continue to fight for their survival.

The Road So Far

What we have seen so far is Hanna telling Candace about her birth father. And guess what none other than Derek is. However, this makes Wyatt severely happy. The sixth season’s finale episode titled, Show Not Tell, ends with Wyatt going mad over his parents. Moreover, he further uses a double-barrel shotgun at his parents, Jim and Ka theryn. Furthermore, to save himself from police interrogation, he shots himself. But to learn his fate, we’ll have to wait for The Haves and The Have Nots Season 7.

The Haves and The Have Nots: Cast Updates

As the teaser suggests, Geoffery Owens is back in the series. Moreover, he’ll be playing a senator in the new season of The Haves and The Have Nots. The rest of the cast, including Tika Sumpter and John Schneider, are back on board. Along with them, Angela Robbinson, Tyler Lepley, Crystal Fox, Gavin Houston, and Peter Parros are also part of the upcoming season. Although Geoffery recently made headlines for being discovered to be working at a Trader Joe. The series is directed and written by Tyler Perry. He also serves as the executive producer on the show with Ozzie Areu and Mark E. Swinton.


Declaring that the cast is not going anywhere, the teaser claims to deliver an even deadlier season. The viewers also got to notice some familiar faces getting attention. But the most crucial fact about the teaser is the presence of Katheryn and Jim. However, we already know that the character’s fates had come to an end in the sixth season. So, there’s something unexpected coming up. Also, some new faces are spotted in the teaser. But, we still got to wait for the upcoming season to release.

The Haves And The Have Nots Season 7 Release Date

The evergreen TV series The Haves and the Have Nots is all set to hit our screens with the seventh season. The upcoming season will release on January 7, 2020. The streamers remain the same. The show will premiere on Oprah Winfrey Network. After receiving positive reviews from the fans, the upcoming season is all set to entertain you once again. For more instant updates, stay tuned to TV Seasons and Spoilers.