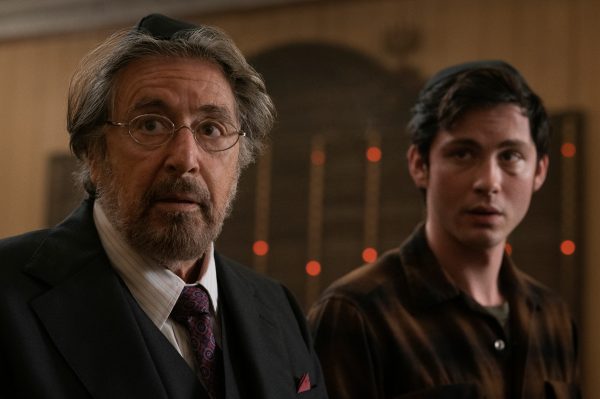 Will Amazon renew The Hunters Season 2? Here is everything about what could happen in the next installment of the show. Amazon’s The Hunters is created by David Wiel. The show follows the historical events with an addition of fictional twists. Adapted in 1977 New York City where an American team is on their mission to track down the Nazis. The show is co-produced by Jordan Peele and was released in February 2020.

The first season of The Hunters explores the aftermath of Operation Paperclip. This was a real-life mission that German scientists had moved to America to help the US in the Cold War. To make the show more dramatic, Amazon has opted for an alternative approach for storytelling. This story is the story of a Holocaust survivor Meyer Offerman played by Al Pacino. He forms a Nazi-hunting team called the Hunt. He has various members in his unit.

By the end of The Hunters season 1, Jonah had come to know that he couldn’t meet Meyer’s expectations. The young Nazi hunter had chosen mercy over vigilante justice in the penultimate episode. This leads to a shocking revelation. Jonah comes to know about a significant history lesson that changes everything, even how he makes his decisions. These final moments were a solid set up for the next season. Now that we are talking about season 2, here are all the details on that-

What Will Happen In The Hunters Season 2?

There is a lot of content available for The Hunters season 2 even if they do not include the Hitler storyline. However, Hitler’s youth concept is something that could be the part of the story in The Hunters Season 2. The ending of the first season left with viewers believing that they will get to see Hitler and Braun working together in further installment. So, this could be a significant part. Moving on, it looks like Olin will be another focus as the Colonel. Colonel is the grand architect of the Fourth Reich.

The Director On The Future Of The Show

We do not have an official word from Amazon on the show yet. However, the creator and the showrunner David Weil is already aware that the story of the show will go beyond the second season. In an interview with Collider, he spoke about his work on the series. He revealed that he has around five seasons of the show already planned in his head. “We have five seasons planned, if Amazon is kind enough to let us keep going, we have that kind of material”, he said.

Amazon had initially ordered 10-episodes of The Hunters. However, The Hunters Season 2 is due for renewal. The Hunters Season 1 has mostly received positive reviews from all the fans and critics alike. However, it hasn’t been an overwhelming hit. The series has an imposing cast and a potential for more seasons. Fans can expect Amazon to renew the show in a few weeks.

The release date of the show depends on when Amazon orders it. If they get a renewal in a few weeks, the team can start and even finish the production this year. If that happens, fans can expect the show next year in February.