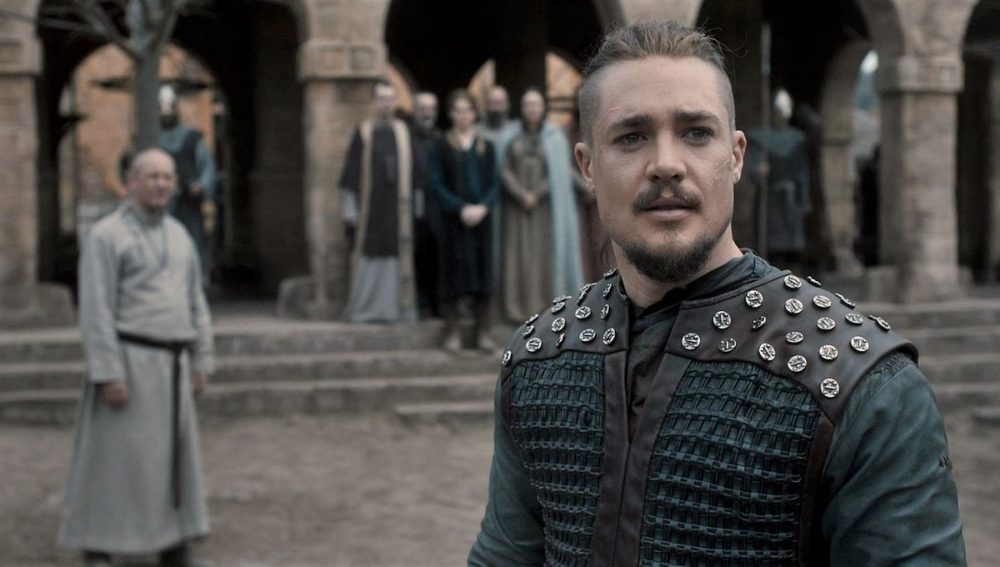 The production work for the fourth season of The Last Kingdom completed recently. The news came up when stars shared their filming moments from the upcoming season. Not just from the shoots, they also shared behind the scenes pictures, where they seem to have fun and celebrating. In a post on The Last Kingdom’s official Twitter account, Alexander Dreymon (Uhtred) and Mark Rowley (Finan) are seen hugging each other. Not just this, the show also congratulated the cast and crew for the job well done.

Mark Rowley, who plays Finan on the show, also shared the news. And he revealed good news for the fans. According to his caption, he’ll return for the next season. This means Rowley’s character Finan will get through Season 4. Because we never know when a character might die on this show.
https://www.instagram.com/p/B3OuNogHx4h/?utm_source=ig_web_copy_link
Eadith from the show, Stefanie Martini celebrated her birthday along with the wrap-up for The Last Kingdom Season 4.

https://www.instagram.com/p/B3SRf00HJ_A/?utm_source=ig_web_copy_link
And the most updating star from the show, Eliza Butterworth, Aelswith, shared a ton of pictures from the set of Season 4.

In Season 4, the kingdom will divide between the Vikings and the native Saxons. Moreover, the audience will see Uhtred challenging his uncle Aelfric (Joseph Millson) and reclaim his home, Bebbanburg. Furthermore, he will also try and help King Edward (Timothy Innes) fulfilling King Alfred’s dream of making the lands one again.

With Adrian Bouchet Instagram post, the audience got a little idea about the premiere of Season 4. As Adrian mentioned in the caption, The Last Kingdom Season 4 will likely arrive in Summer 2020. Though, Netflix also officially revealed that Season 4 would premiere in early 2020.