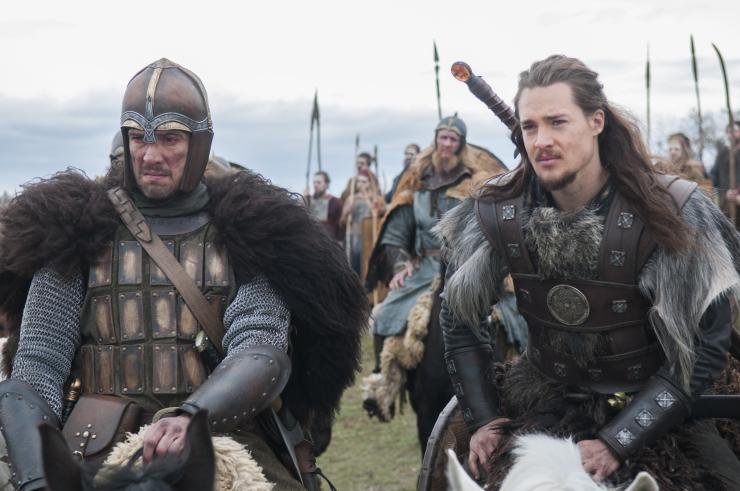 Keep your armors and weapons ready for the upcoming run of The Last Kingdom. Netflix is all set to bring in The Last Kingdom Season 4, for the beloved fans of the historical drama. The show got the renewal in December last year, and since then, the fans of the show are anticipating what will happen in the upcoming run. Let’s take a look at all the updates on Season 4.
The first two seasons of The Last Kingdom premiered both on The BBC and Netflix. However, the third one is only available on the streaming service, as the BBC decided not to continue with the historical drama, after the second season. The Last Kingdom debuted in November 2015 on BBC and Netflix, followed by another two seasons in 2017 and 2018. It also has received quite positive reviews from the critics and the audience.
Based on Bernard Cornwell’s series of novels, The Saxon Stories, The Last Kingdom is a British Historical fiction series, now of Netflix. The series revolves around Uhtred of Bebbanburg, a Saxon boy brought up by Danes as he gets captured. And ever since, he has been trapped between finding his actual place within the two worlds known to him.


This season, along with the familiar faces from the previous run, will feature some brand new ones as well. Stefanie Martini, from Prime Suspect 1973, has joined the fourth season as Eadith, the new love conquest of Aethelred. Along with her, Jamie Blackley (The Halcyon) will also feature as Aethrlred’s new side-kick, or the right-hand man named Eardwulf.

These new entries will be joined by the main cast of The Last Kingdom. Lead by Alexander Dreymon as Uhtred of Bebbanburg; the show brings in Joseph Millson as Aelfric. Ian Hart as Father Beocca. Toby Regbo as Aethelred. Emily Cox, as Brida. Timothy Innes as Kind Edward. Eliza Butterworth as Aelswith. Mark Rowley as Finan. Millie Brady as Aethelflaed. Magnus Bruun as Cnut and Jeppe Beck Laursen as Haesten.

Might Feature Time Jump In The Last Kingdom Season 4

The upcoming season of The Last Kingdom will be based on The Pagan Lord, which published in 2013. And as per that, the show will jump ahead a decade. Moreover, it will feature Uhtred’s children by Gisela, who in the books are all grown up.


Also, in the fourth season, the kingdom will split among the Vikings and the local Saxons. And the fans will see Uhtred challenging his uncle Aelfric to reclaim his home throne, Bebbanburg. Moreover, he will also try and help King Edward to fulfill King Alfred’s dream of making the lands one again.

As we all know, the shooting for the fourth run of The Final Kingdom has already ended. Therefore, the audience does not need to wait much for Season 4 to arrive. Also, as mentioned on the show’s official Instagram page, the fourth season will arrive in 2020. However, Netflix did not reveal the official premiere date for The Last Kingdom Season 4.