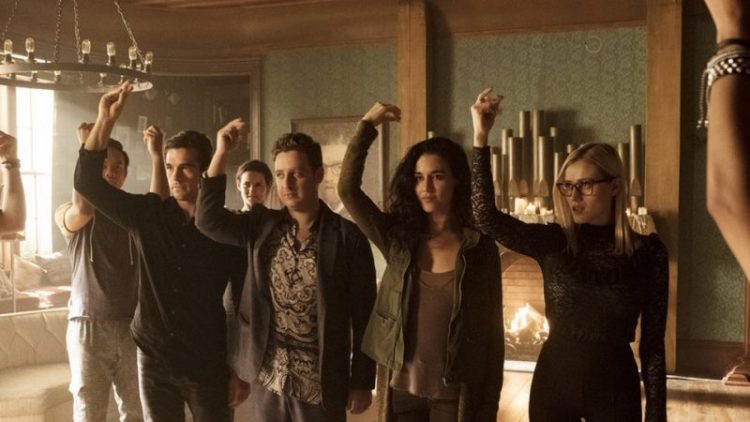 The Magician Season 5: In Pre-Production, Will Quentin Return for Fifth Season?

Good news for all the die-hard fans of magic and wizarding world. Syfy’s magical fantasy, The Magician, has been renewed for another run. The Magician Season 5 will be the next installment of the series.
The Magician is a fantasy television series of Syfy. The series is based on the namesake novel, by Lev Grossman. The show began with the general plotline: some young adults, who were quite losers, enters the school of magicians. The show is famous for depicting all types of classic fantasy stuff, which includes a strict headmaster, weird surprising quests and love stuff too.

The Magician Season 5: In Pre-Production

In March 2019, the writing team, along with the other authorities began the pre-production work for the fifth season. The news came in via a tweet by the executive producer, and one of the involved members in the writers’ room process. There has not been any update since then. Also, the fans can hear the news of the beginning of the production of the fifth season sometime soon.

The Magician Season 5: Will Quentin Return?

The finale of the fourth season was a shocking one for the fans of the series. The devastating events led to the death of the lead character of the show, Quentin Coldwater, played by Jason Ralph. The producers of the show made a clear statement when asked about Quentin’s comeback in the upcoming season. Jason Ralph will not return for the fifth season of the series.

According to them, Jason has left the show, and Quentin is dead. Therefore, a lot of season five will be about what happens next, just as when somebody dies in our lives, the next season of our life is about what happens.

In the previous season, Quentin, Alice (Olivia Taylor Dudley) and Penny 23 (Arjun Gupta) traveled to the mirror world. They went there to toss the monster and his sister into the seam between worlds. However, their quest was interrupted by Everett, who broke the mirror. After doing some small mending, Quentin was able to send both of his siblings into the seam. However, he also sacrificed his own life in that process.

As we discussed above, The Magician Season 5 will deal in the aftermath of Quentin’s death. However, it’s a magic series, and anything can happen. Except for this, some big arcs are also waiting to get finished in the upcoming season of the series. As if now, the remaining characters have arrived 300 years in the future. Also, someone has called The Dark King reigns, and Fen (Brittany Curran) and Josh (Trevor Einhorn) have been overthrown.
Meanwhile, Alice is taking over the Library. That means the audience will likely see the return of Santa Claus. The fans of the show are expecting some crazy big twists in the fifth season, with all the spell magic. And The Magician is not going to disappoint its fans and will provide all the extravaganza and drama.

All the previous seasons of the series premiered in the start of their respective years of release, except for the debut season, which released in December. Therefore, the fifth season of The Magicians is also likely to release in early 2020, maybe in January only. Syfy also needs to announce the official premiere date for The Magician Season 5.