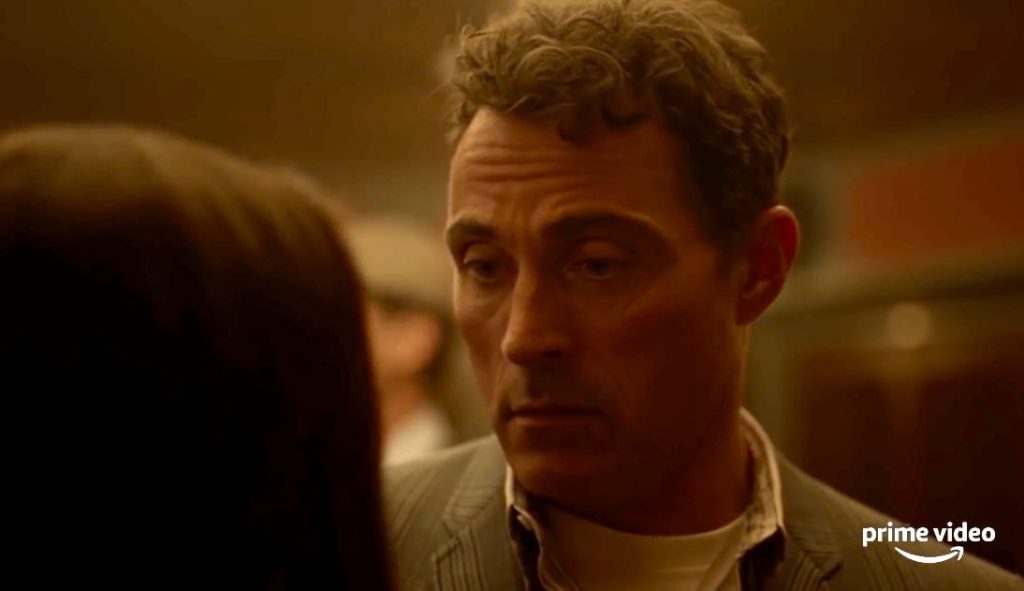 Amazon has renewed its alt-history drama, The Man In The High Castle for its fourth season. ‘The Man in the High Castle Season 4’ is one of the most anticipated shows of Amazon Prime. The show has received thumbs up from fans and critics and was nominated for several awards lately.
The Man in the High Castle is an alt-history show. It is based on Philip K. Dick’s 1962 book of the same name. The Man in the High Castle sets in an alternate history where the Nazis won World War II and The United States is under its control. Meanwhile, the US is split into three territories — the Greater Nazi Reich, the Japanese Pacific States, and the Neutral Zone. The show also has some sci-fi context, as it consists of multiple realities with characters traveling between them.

The Man In The High Castle Season 4: Trailer With A Sad News

The trailer of the show left the audience in grief. As the trailer announced, The Man in the High Castle Season 4 will be the final installment of the series. Amazon Prime Video released the first trailer on February 19, 2018. The season four teaser features some alternate worlds could end in disaster. The United States of America is all fallen by the Nazis, and they are destroying it with their best.
The latter half of the trailer saw Julianna (Alexa Davalos) and Smith (Rufus Sewell) dancing together. Moreover, it has the voiceover of Smith saying “Julianna, you don’t have to face anything alone.” But in the other world, Smith is a cruel man, a Nazi, and is an enemy for Julianna.
So the question arises that why he is protecting Julianna? All these mysteries will finally conclude with the upcoming season.

The Man in the High Castle Season 4: Cast Updates

The show is going to introduce their first major black characters. They were kept on halt for a long time. Frances Turner is going to play Bell Mallory, and Cle Bennett will perform Elijah. Bell was a prisoner who escaped from the Nazis and came to the Japanese Pacific States. There he meets Elijah. They will portray as the leaders of a new black insurgency, called the Black Communist Rebellion. The trailer also has some fighting sequence between the Japanese army and the Black Rebellions. Rich Ting has also joined the show as Captain Iijima, who works closely with Inspector Kido.

The Man In The High Castle Season 4: Plot Details:

The third season of The Man in the High Castle ended on a cliffhanger. After watching it, the audience seemed shocked and exhilarated. The end of the third season saw Julianna, one of the ‘Travellers’ traveling to an alternate reality to escape from the Nazi’s. This means that the upcoming season will focus on the significant time zone battle between truth and the High Castle reality.
Moreover, a preview released at the Comic-Con, which introduced a device called ‘Die Nebenwalt.’ That device allows people to travel between the universes. Likewise, the characters will explore a world where the Axis did not win the war, and America is not under the rule of Nazis.

Julianna will not stay in the alternate world for the entire season. She’ll come back at some point as the trailer showed her meditating in an empty apartment. Meanwhile, John Smith’s wife, Helen (Chelah Horsdal) has also abandoned him. She will also take their kids along with her.

When Will The Man In The High Castle Season 4 Release?

The trailer of the final season has been dropped recently. Therefore, fans can assume that the release is not too far. The previous seasons of the show also premiered in the fall of their respective years. Similarly, ‘The Man in the High Castle Season 4’ is expected to air in the latter half of 2019. However, Amazon Prime is yet to confirm the premiere date for the fourth and final season of The Man in the High Castle.