Are you ready for some of Mrs. Maisel’s eclectic and sarcastic jokes? Amazon Prime has renewed the show for The Marvelous Mrs. Maisel Season 3. The streaming giant announced the renewal months before the release of the second season.

The Marvelous Mrs. Maisel is a period comedy-drama show, created by Amy Sherman-Palladino. The series is set in the 1950s and revolves around Miriam “Midge” Maisel played by Rachel Brosnahan. She is a housewife living in New York City who realizes that she poses some talent to become a stand-up comedian. She begins to pursue her dream as she recognizes her talent.

Will Season 3 Be The Final Season of The Series?

The answer to this question is somewhat relieving for the fans of Mrs. Maisel. No, the series will have some more seasons ahead in time. The show creator Amy Sherman-Palladino revealed back in 2017 that she has a trajectory planned for the first four to five seasons. She also added that she’d continue after that as well if it is possible.

Moreover, the series has gained a worldwide spot and won several awards in the short run. Considering the series’ global popularity and fan base, the audience will undoubtedly see more seasons of The Marvelous Mrs. Maisel.

The Marvelous Mrs. Maisel – This time its Miami

After having trips to Paris and the Catskills in Season 2, the third season will be soaking some sun at a Miami beach. The news was confirmed by the show’s co-star Tony Shalhoub (Midge’s father). The show received accolades not just because of its dark comic story-line, but because of its amazing picturesque visuals. Miami will also add more visual beauty in the third season.

According to the reports, the core cast of the show is receiving a huge pay raise after renegotiation for the third season. The cast includes Rachel Brosnahan and Tony Shalhoub. Moreover, Alex Borstein (Joel Maisel) is close to a new agreement as well. Even the series regulars are also likely to get some boost in their pays. Clearly, they all are worthy. The show is Amazon Prime was one of the biggest hits last year. 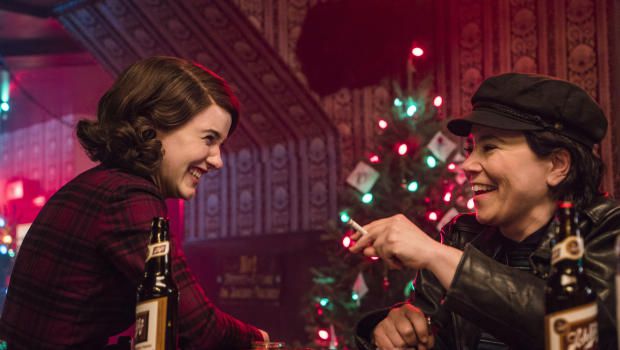 The third season will continue where the second season had left off. The end of the second season saw Midge accepting the offer she was dreaming for so long. The proposal is to go on a six-month tour as the opening act for proto-Bruno Mars superstar Shy Baldwin (Leroy McClain). The trip would change her entire life upside down, including her presumed engagement with Benjamin (Zachery Levi). So, season 3 will likely see Midge on her tour as a stand-up comedian setting up her shoes and how she will deal with all the fame?

The Marvelous Mrs. Maisel Season 3 would also see Abe Weissman (Tony Shalhoub) protesting for his position back at the Bell Labs. In the previous season, he went through a serious setback. He was also threatened to give up his tenured spot at Columbia University.

Susie Myerson (Alex Borstein), Midge’s manager will also take a massive step by accepting a proposal. She is offered to manage the comedy superstar Sophie Lennon (played by Jane Lynch). Now, it’ll entirely depend on her as she will continue with Midge or go on with Sophie.