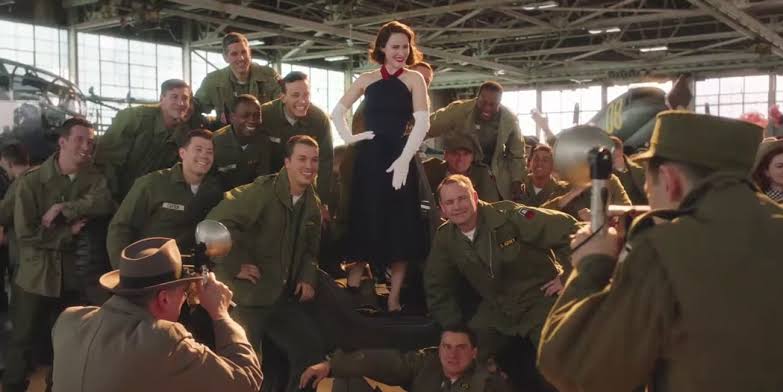 The countdown for the Marvelous Mrs. Maisel season 3 has already begun. Fans are excited for the premiere of American period comedy-drama. The love for the series caused the streamer to release it consecutively for two seasons in March 2017 and then December 2018. Gratefully the producers are coming back with the third season also.
The story that features the journey of struggling women is worth watching for the viewers. In a patriarchal world, the story focuses on highlighting the barriers in the way of women empowerment and how they apply tactics countering them.
In an interview with a media channel, Alexa Borstein, aka Susie Meyerson, shared what the Marvelous Mrs. Maisel season 3 is about. According to her, Susie is to deliver for Midge, and it is terrifying. We analyzed what Susie said.

Fans are aware with the fact that the last season of the Marvelous Mrs. Maisel ended with Susie in a confusion of decision making. She had to choose between Midge and Sophie’s offer. The actor said to the channel that it is terrifying for Susie because it is a kind of love triangle. In addition, she added that either you are a performer or a manager, you have to decide the best one for you.
Talking about Sterling K Brown, who is joining the cast this season, she said he would become a lover with her. Taking a pause, she said it should not sound funny. The pleasures thing about the show is that you don’t have to deal with any moron, she shared.
Susie added that although Sterling is in Shy’s team, she always wants to impress him with no reason. When the guy is around, she tries to give her best and doesn’t know what she is doing. His presence is not adverse to her. They both share a satisfying relationship, but she always remains worried. Can we predict that the Marvelous Mrs. Maisel Season 3 will come back with little more adventure for the lady and also the factor of love?

The Race Factor In The Story?

The Marvelous Mrs. Maisel portrays America in the 1950s. We might call it the not so progressive era in the history of America. Racial and caste discrimination was widespread there. The paranoid Midge Maisel will work for a black star, and it will be very keen to watch the show delivers regarding the issue. However, the actor of the show, Alex Borstein, refused to comment on the topic. She took it very lightly, saying that it will be a completely different experience. She called it cool. We also don’t know if the Marvelous Mrs. Maisel season 3 will address the race issue or not. We are just anticipating while connecting it to history.

The media sources that once visited on the set exposed that they caught Midge breaking the news of the pregnancy to Joel. However, it is less factual. The reports said the scene was the flashback of the past. So, the spoilers suggest that there will be shots in the upcoming season portraying the sneak peek of the past. The spoilers of the Marvelous Mrs. Maisel also tease that being a working woman; Midge will realize that due to her business, she is missing to give her children what they deserve from their mother. Will the story leave a heartfelt note for the fans?

Till now, the series has revealed three guest stars in the season. Liza Weil, Cary Elwes, Stephanie Hsu, and Sterling K. Brown will entertain the show.
The trailer of the Marvelous Mrs. Maisel Season 3 is already out. The Emmy Awards winning series is hitting the screens on Friday, 6th of December 2019. Get ready for an engaging series and stay connected for more updates.