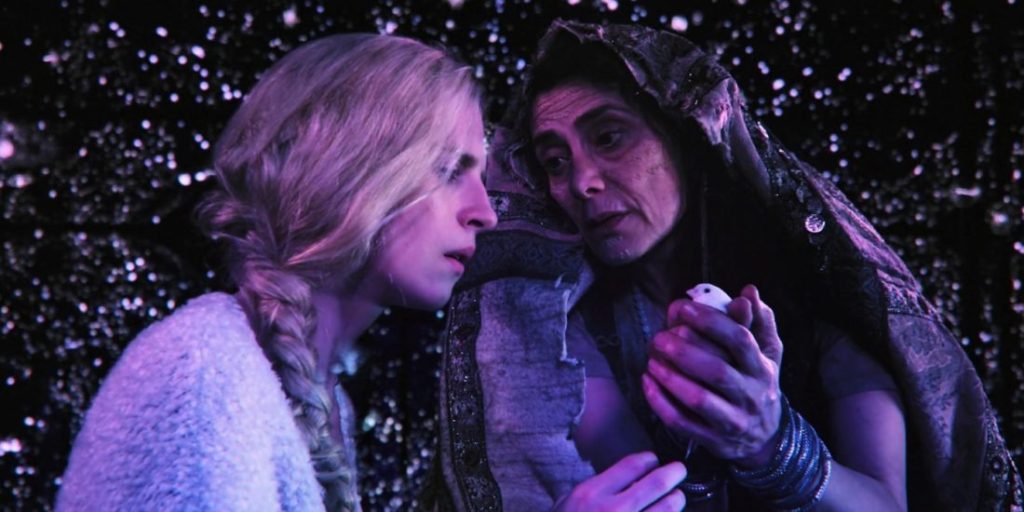 The OA Season 2: Release Date, Mysteries & Everything That Can Happen

Where is Homer? OA will soon be back to find him in ‘The OA Season 2.’ The supernatural sci-fi is returning on Netflix after a two-year-long break. The first season came out back in December 2016. Fans had been waiting for the series since its renewal in February 2017.
The show received tons of positive reviews from viewers. Starring the co-creator Brit Marling, it tells us the story about a girl who had been missing for seven years. Marling beautifully plays Prairie Johnson who was blind before disappearing but can see after her return. She now calls herself “The OA.”

The plot unravels as OA sets on a mission to save other missing people stuck in another dimension. The show is intense and gripping due to its unique storytelling techniques. It received a favorable critical response for Season 1. The second season is going to take the fans way deeper in the plot with its compelling premise.
The OA Season 2 will answer many of the bizarre questions that emerged during the debut season. Some of them arose due to small hints that come up in between the story. Season 2 is going to be grand, with greater plot twists that will blow our minds.

The OA Season 2: Prairie And Her Dimension-Jumping Powers

Towards the finale of Season 1, Prairie got more-in-depth into her spiritual journey. She kept on jumping from reality to some other dimension and vice versa which convinces us of her powers. However, some fans do believe that all of this is just in her head. All of the things that happened may just be a world created by Prairie herself.
In the beginning, Prairie resurfaces in the real world after being held as a test subject by Dr. Hunter Aloysius Percy or Hap. Hap, played by Jason Isaacs, keeps Prairie and five other in an underground cage. When she finally finds a way out using the fifth movement, Hap separates her from the other. She then goes on this mission to locate them.
However, we do get to know that she has a box full of books about angels, Homer the Greek poet and Russian oligarchs. French (Brandon Perea) believes that Prairie might just be fabricating the entire story. Although, this proposes that whatever we saw in the story is false.
Some fans discard the theory as there are moments which hint that Prairie has some powers. However, this also frames another opinion which believes that the entire story of Hap’s experiment is just in her head. It may just be a living representation in Prarie’s subconscious mind. This theory is relatively unlikely to happen, although it cannot be ignored as of the mysteries from the show.

While Brit Marling’s return as Prairie is obvious, fans may also see a few new faces in the second season. BBA (Phyllis Smith) and her four students will return to the next season. However, their roles may not be as prominent in Season 2. French will also reprise his role from the first installment. Jason who plays Dr. Hap also ensures his return in the next season with a tweet.

What does it all mean? I might have to watch the first season again. And again. And then ask you lot to explain it to me. @The_OA's back on March 22nd. Call in sick, switch the lights off and jump. We'll catch you.#TheOA#CuringDeathHapsWay@britmarling @z_al @netflix https://t.co/TQL5QodyjI

We are expecting a new character, Karim Washington in the new season. He is a private detective who is tasked to find a missing girl. Actor Kingsley Ben-Adir is expected to play Karim in The OA Season 2. He is known for his impressive work on Vera as Dr. Marcus Summer.
Moreover, we may also expect a few new unnamed characters such as the missing girl who Karim is finding. Alongside Hap’s other test subjects.

Netflix released the official trailer of the show a few weeks ago. The trailer warns us of the upcoming mysteries that will complicate Prairie’s life again. It introduces Karim, who crosses paths with the OA and asks her to find a missing girl.

The trailer is rather intense and better than that of Season 1. It is exciting and challenging as we are hardly able to presume what may happen in Season 2. Hopefully, the new season will turn out to be as fascinating as the first part. It is tagged as the ‘Part 2’ of the series.

Following the success of the debut season, Part 2 of The OA was soon announced after a few months. After waiting for two years, Netflix’s supernatural series is returning to the screens on March 22, 2019.