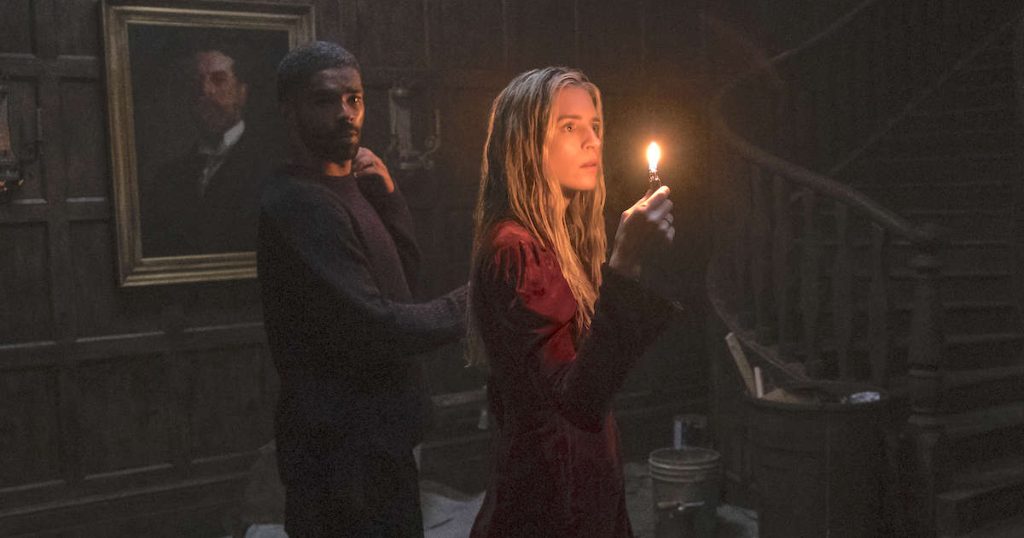 Netflix is one such streaming platform, which strangles out its own original mega TV shows which even are massively popular. One such show recently got lined up. The streaming giant canceled The OA Season 3.
The OA is a supernatural science-fiction mystery drama of Netflix, created by Brit Marling and Zal Batmanglij. The series also stars Brit as a blind woman who disappeared seven years ago, and suddenly reappears also, with her sight restored. She then designates herself as The Original Angel, or The OA, and form a small team to rescue other people who have also disappeared in a portal to another dimension.
The series debuted in December 2016, followed by the sophomore run after three years in March 2019. The OA has been received positive reviews from the critics and the audience as well. It also received acclamation for the unique plot and including so many genres in one series.

The OA Season 3: Cancelled By Netflix

Unfortunately Yes! Netflix recently canceled the third season of its supernatural mystery drama. Netflix Head of Originals, Cindy Holland announced this big news yesterday. She also praised the series and stated that the streaming giant is incredibly proud of the 16 mesmerizing chapters of The OA. Also, they are grateful to Brit and Zal (show-runners) for sharing their audacious vision and for realizing it through their incredible artistry.

As the show got canceled for its third run, the fans of the series are in utter grief. Not just this, they also shared their views on various social media platforms, expressing their anger and furiousness on the cancellation of The OA season 3 by Netflix.

pov: you’re netflix and i’m beating you up for cancelling the oa pic.twitter.com/8mr21BpfRU

https://twitter.com/thethiagoguzzo/status/1158425585846292480
Another reason for such a reaction from the audience is the end of the second season. The OA season 2 ended with an enormous cliffhanger, and the fans would not even receive the actual conclusion.

Will The OA Season 3 Receive Renewal?

It does not seem like a dead end when you are having such a fantastic show, even if it is officially canceled. Even Netflix picked up dead shows like Designated Survivor (though the streaming giant also canceled it after the third season). Therefore, there are chances that another big network or streaming platform pick up The OA for its future runs. And looking through the show’s popularity and success of its two good seasons, there are damn good possibilities of the renewal of the series for The OA season 3.


The die-hard fans of the supernatural mystery drama are also not sitting still. They have created some petitions and hashtags like #SAVETHEOA and #RENEWTHEOA to save the show from being dead. Not just this, Netflix recently canceled quite many shows including Santa Clarita Diet, One Day At A Time, Everything Sucks, and many more. That is why one more hashtag is achieving popularity, that is #DAMNYOUNETFLIX, to criticize these cancelations.
https://twitter.com/sluific/status/1158429516617981957

The co-creator and lead star of the series, Brit Marling also shared her views on the cancelation of The OA. The actress used Instagram as the platform to express her sorrow and resentment. She posted almost six-page not for the fans, explaining how much the show was dear to her, and how much she is going to miss The OA Season 3.