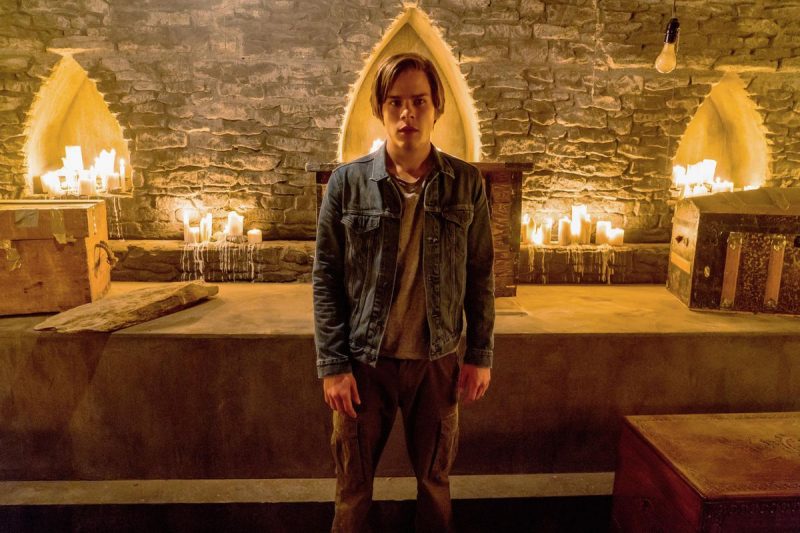 The Order Season 2: Release Date, Spoilers & Everything To Know

The Order Season 2 is taking way too much time to be back at our screens. It’s been a while since the series debuted on Netflix back in March 2019. Being one of the best supernatural dramas on the streamer this year, it has kept millions of fans waiting to know what happens next. Well, as of now, here’s everything to know about the upcoming installment. (Be aware of the Spoilers though!)
Netflix is working pretty hard on its content these days, and The Order sets an example. It’s a well-executed horror drama that keeps a perfect balance between both the genres. Starring Jake Manley in the lead, the series follows a college student, Jack Morton, as he joins a secret society that teaches and practices magic. Intending to solve the mystery behind his mother’s death, Jack dives deep into the war between the werewolves and the forces of the dark arts.

The first season of the supernatural show turned out to be a win-win for Netflix. It received mostly positive reviews and immense amounts of love from horror fans. Besides, according to sources, it was also a commercial success for the giant. Hence, we were all expecting a renewal. Fortunately, the streamer didn’t take long to greenlit The Order Season 2.

Fans will now get to watch their favorite characters back on screen again. Netflix barely took a few weeks to show us the green flag. It announced the news through a short teaser on the platform’s official YouTube account.

It’s been a while since we heard anything about The Order Season 2 from the streaming giant. Hence, it’s getting harder for fans to wait for the series to return. Followers are still enthusiastic about demanding to know what happens next. Cast member’s social media accounts are full of questions related to the release of the second installment. As of now, we can only hope to get some information from the showrunners.

What Will The Order Season 2 Be About?

The twisted Season 1 finale left us hanging between Jack and his lost memories. Towards the end, our protagonist is saved from the execution, and Edwards meets his fate. Yet, he requests the Order to let him remain a member of their cult and also a werewolf. They accept his request, however, the situations fail to fall into his favor.


The Order wipes Jack’s memories along with all other werewolves. This resets everything and leaves our lead back at where he began. As of now, he doesn’t even recognize himself. The Order Season 2 is expected to follow the events that took place after the Season 1 finale. Moreover, Jack and the werewolves will try to recover their memory and look for their true identity. However, as soon as it happens, they will be back to seek their revenge from the Order.

When Will The Series Be On Netflix Again?

The streamer is yet to give us a concrete air date. However, they informed us that The Order Season 2 is arriving sometime in 2020. Like several other shows on Netflix, we may expect the horror drama to have an annual release pattern. Hence, a March-2020 premiere seems pretty likely. Hopefully, we’ll get an official announcement and trailer soon. What are your expectations from the second season? Let us know in the comments below.