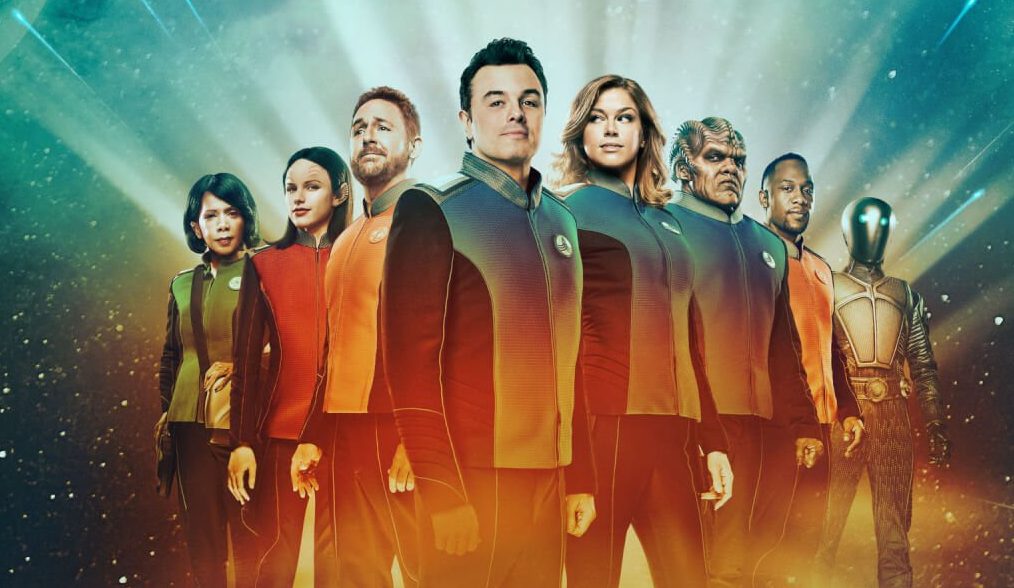 ‘The Orville Season 2 Episode 8’ is all set to return this week and fans are super-excited. The television series is one of the successful shows on Fox so far. Moreover, the sci-fi comedy has massive die-hard fans around the world. The show is in the midst of its second season.
The comedy-drama inspires its story from several sci-fi space dramas of old times. This includes classics such as Star Trek and The Twilight Zone. It features the story of Captain Ed Mercer (Seth Macfarlane) on a space mission with his space crew. Moreover, the show is entirely about the twists and turns in his space journey.

The Orville Season 2 Episode 8 Is A Two-Part Event

The eighth episode of Season 2 is about to release. The title of the episode is ‘Identity Pt 1’. This clearly exhibits that episode 8 and 9 are going to be the co-parts of the same event. The upcoming episodes will reveal the meaning of the title.
This two-part event hints of an important story arc in Mercer’s space mission. Hopefully, this may mean that something special and meaningful is coming for the viewers.

Fox recently released the official 30-seconds teaser of the eighth episode. Moreover, the trailer reveals the title ‘Identity Pt 1’. It features Seth MacFarlane along with the cast. Kally Grayson (Adrianne Palicki) and Claire Finn (Penny Johnson Jerald) also star in the trailer.
The short-teaser says ‘Some Secrets, Should Remain Hidden.’ On the contrast, this hints that the new season will unravel new secrets. The teaser was released on February 14, 2019.

According to speculations, the new episode will feature several fascinating mysteries. While the previous episode became a murder mystery, Episode 8 will discuss the after-effect of it.

The title of the seventh episode is ‘Deflectors.’ It gave birth to new mysteries with Locar’s (Kevin Daniels) murder. However, Talla (Jessica Szohr) doubts that Locar may have committed suicide instead of being murdered. However, Fox is yet to release the secret behind his death.
The story of Episode 8 and 9 will undoubtedly be connected. Hence, we can expect that Locar’s murder will further be discussed in both episodes.

The Orville Season 2 Episode 8 will release on February 21, 2019. The series is indeed a successful show for Fox. However, critics don’t appreciate the series. One of the reasons for the same may be the unusual genres it claims to be. Even when critics claim to dislike the show, fans still supports it for the traditional content.