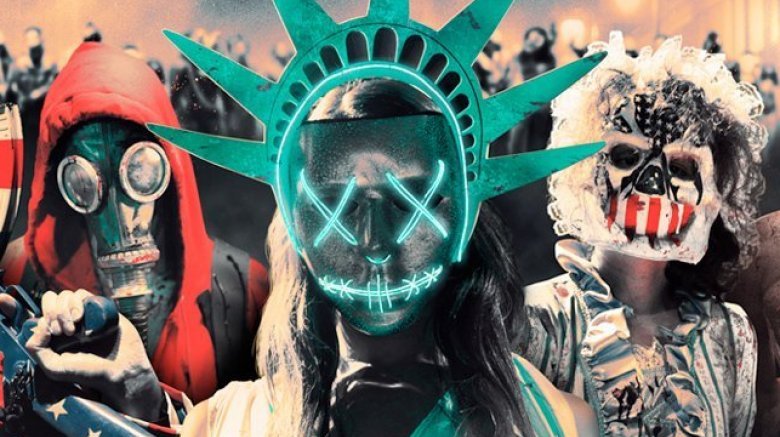 The Purge night is here again, and this time, it will damage more than the previous one. The Purge Season 2 is on the way towards its fans to take them to the horrific journey. Not just this, the trailer for the sequel season of the show recently released, featuring The Purge night, more devastating than ever before.
The Purge is a horror tv series of USA network, created by James DeMonaco. The series is based on the movie franchise of the same name, features the 12-hour duration of an alternate United States, governed by a dictatorial government. In that time, any kind of crime, will that be vandalism, murder, arson, and theft is legal.
The debut season of The Purge came in as a hit for the USA network and scored quite good ratings for scripted cable series. Not just the TV series, the next installment of the movie franchise, The Purge 5 is also on its way to premiere. The Purge remains one of such spinoffs that’s been directly referenced in the movie series. This helps to keep the essence even more relevant among the audience.

The trailer for the second season of The Purge recently came out. This one is also filled with quite surprises and even, Blood. However, the trailer did not open up quite much about the plot of the second season. The trailer featured the characters who are interconnected from before, dealing in between the purge nights and the consequences that come along with that.

The audience will see quite some new cast members in The Purge Season 2. Derek Luke (from 13 Reasons Why) will feature as Marcus Moore, whose entire life gets shattered when an assassin breaks in his house on the deadly Purge night. Along with him, Max Martini (Pacific Rim) will portray Ryan Grant, who along with his long-time crew, spends his entire year preparing for the Purge Night.


Also, The Son star, Paola Nunez will play Esme Carmona, an employee at NFFA surveillance center, where she spots crimes digitally tag lawbreakers. And last, but not the least, Joel Allen (Never Goin’ Back) will play Ben, a fraternity member who belongs to the middle-class suburban family.

Along with these new additions, some previous season cast members are also supposed to feature in the upcoming season. Though there has not been any confirmation either from the show and the cast members as well.

The second season of The Purge will explore the effects of the Purge night in the lives of four interconnected characters over the entire year. All the situations and the repercussions will lead up to the next Purge night. Also, the sophomore run of the series will open on Purge night but delve the audience deeper than ever before. It will feature what the Purge world looks like the other 364 days of the year.

It seems like the fans of The Purge need to wait a little bit more to have the incoming. The second season would likely premiere this fall on USA network. And after that, the next Purge movie will premiere on July 10, 2020. Till then stay tuned on the future updates on The Purge Season 2.