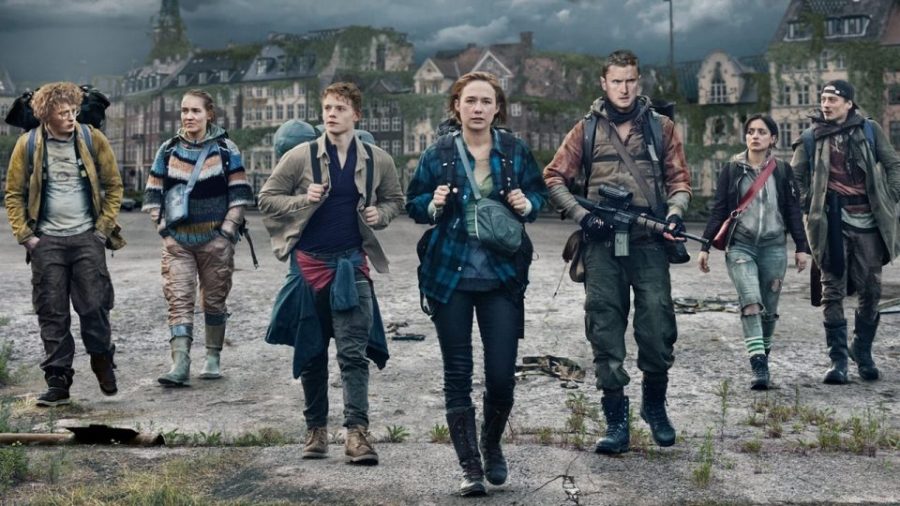 Netflix is a giant platform that streams different kinds of shows from all around the world. In that long list of regional shows, The Rain is another gem. After streaming two seasons, Netflix greenlit another season of the series. The Rain Season 3 will be the third, and unfortunately, the final installment of the series.
The Rain is a Danish post-apocalyptic series of Netflix. Jannik Tai Mosholt, Esben Toft Jacobsen and Christian Potalivo created the series. It is Netflix’s first Danish original series. The show debuted on Netflix in May 2018, followed by another season just after a year in May 2019. And in June 2019, Netflix confirmed the renewal of the series for The Rain Season 3.
The Rain takes place six years after the brutal pandemic virus carried by the rain, which wipes out almost all humans in Scandinavia. In the aftermath, two Danish siblings, Simone (Alba) and Rasmus (Lucas) emerge from the safety of their bunker to find all the remnants of civilization. Soon they join a group of young survivors and together set out on a quest through an abandoned Scandinavia, searching for any sign of life.

The official announcement for the final season of The Rain came through the show’s official Twitter Handle. Although, the news about the third season being the final one brought in the feelings of grief as well as a surprise for the fans of The Rain. Since hearing the news, the fans came out with some mixed feelings. They are excited about the renewal of the show, however, also sad as the show will have its final installment.
https://twitter.com/DreamofWoods_/status/1141237538134331392

The previous season lost many characters as the result of the spreading virus and through the chaos caused by it. Also, the audience thought they lost Sarah (Clara Rosager) after she was shot by one of the soldiers. Though she survived and returned, however, she now has Rasmus’s virus. Sarah will defin itely come back for the final season.

Although, Lea (Jessica Dinnage) will not come back as she sacrificed her own life to save Simone. Also, Rasmus and Simone’s father Frederik was shot dead by Kira. Therefore, he will not return for the final season.
Other than these, the rest of the characters, who managed to survive the obstacles in the second season will return for the third one. This will include Rasmus (Lucas Lynggaard Tønnesen), Simone (Alba August), Martin (Mikkel Følsgaard), Patrick (Lukas Løkken), Jean (Sonny Lindberg), Fie (Natalie Madueño), Kira (Evin Ahmad) and Sten (Johannes Bah Kuhnke).

What Fans Will See In The Final Season?

The third season of The Rain will focus on how Rasmus’s allies will rescue him. In the season finale, Rasmus gave himself up to Apollon, to figure out what is going on with him while also fulfilling their initiative to understand and replicate Rasmus’s adaptations to the virus. Sten also explained that they never wanted to cure Rasmus, but to become just like him. As he stated, “We can adapt to the virus, make it part of us… We won’t cure him, we’ll cure us.”

Other than this, the upcoming season would address Sarah, as she has the same virus as that of Rasmus. Meanwhile, Simone, turned on Rasmus in the season finale. She also shot him as revenge for the murder of their friends. However, she has now roped Martin into tracking Rasmus down.
Sarah has got the same virus as that of Rasmus. However, it’s possible that her experience with the mutated virus could be used differently or for the benefit of others, rather than harming them.

The second season of the show landed last month on Netflix. Therefore, it seems that the third season will take quite some time to begin the production work. The Rain Season 3 would likely debut in 2020, sometime in May. However, Netflix still has to announce the premiere date for the third season officially.