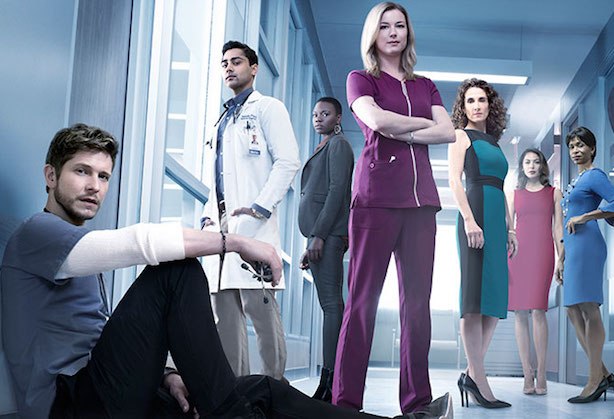 The second season of The Resident ended just a month ago, and fans already started wondering about The Resident Season 3’s fate. However, not to disappoint its fans, Fox has officially confirmed the next season of its medical drama, The Resident Season 3.
The Resident is a medical drama series of Fox. The series focuses on the life of staff members at Chastain Park Memorial Hospital. Along with this, it also deals with the bureaucratic and unethical practices of the hospital industry.
Fox actually purchased the series from Showtime in 2017. After concluding the debut season in May 2017, Fox renewed it for the second run. The second season ended in May, and while the show was in run, The network again rebooted the show for its third season.
The show has been an eye-opener since its debut season. It had a very steady demo rating with increasing viewership through its increasing number of seasons. The Resident also ranks as the fourth among all Fox dramas in the demo and second in total viewership.

In an interview with Hollywood Life, the showrunner, Amy Holden Jones revealed some significant content for the third season. According to her, The second half of the third season will likely witness a time jump. This will take place to see what happens when Conrad (Matt Czuchry) becomes an attending himself. The first half will probably have nine episodes, and in the second half, the time jump will occur.

The second season finale was a hell of an emotional one for the characters and the fans of the show as well. The doctors and nurses of the Chastain Park Memorial got stuck in a time crunch to save both the patients and the hospital. Bell (Bruce Greenwood)was considering to sell the hospital to a conglomerate in order to save it. However, Kit (Jane Leeves) unveils that this isn’t the right way to save the hospital in front of Bell.

The third season will continue the upholding plot from the previous season. The second season left at a massive cliffhanger with Jessie (Julianna Guill) and Kyle (Corbin Bernsen) on the verge of dying. It will clear the fate of the two. In the final moments of the previous season, Nic (Emily VanCamp) watched as Conrad tried to revive her sister or father. Will any one of them not able to make till the end, or both will survive, this mystery will unravel only with the third season. Also, Devon (Manish Dayal) will get promoted to a resident. He then will able to have interns of his own and handle the situations coming in front of him.

Even the production has not started yet, but is expected to begin in mid-June. It seems like the fans have to wait quite a while for the upcoming season. However, Fox has released its 2019 schedule, and its likely that the show will premiere sometime September 2019. Though the network is yet to confirm the premiere date for The Resident Season 3 officially.