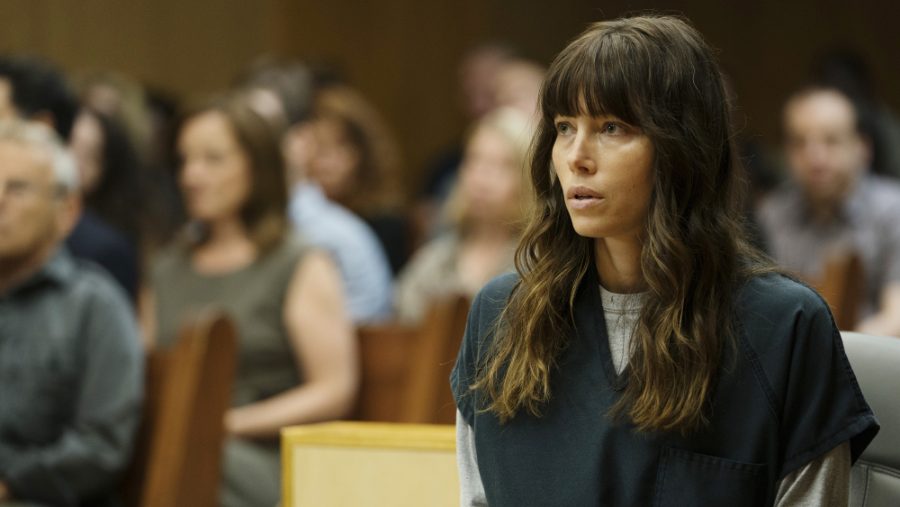 The Sinner Season 3: Everything You Need To Know About The Sequel & Release Date

Detective Harry Ambrose will be back with a new murder mystery in The Sinner season 3. Fans have already binge-watched season one and two, and now they are eagerly waiting for the third season. Netflix renewed the anthology series for its third installment in March 2019. Season 2 of the series concluded on September 19, 2018. After waiting for so long, followers of the series will finally witness what season 3 holds very soon.
The Sinner is an anthology crime drama series, based on the novel of the same name by Petra Hammesfahr. The first season of the crime drama series received two Golden Globe nominations.
The first season centers a problematic young mother who stabs a man and has no memory of why she committed the crime. Detective Harry Ambrose digs her past to unravel the mystery behind the sin. The second season Detective Ambrose returns to his hometown after a young boy confesses to poisoning a couple.

The Sinner Season 3: What To Expect?

Season two was a disappointment when compared to its debut season. The Sinner season 3 is almost here, and we are hoping that it won’t let us down.

Season 3 will follow Detective Ambrose as he begins his investigation of a deadly car accident. The tragedy takes place on the outskirts of Dorchester, in upstate New York. Meanwhile, as he works on the case, he uncovers a hidden crime behind it. It will undoubtedly be the most menacing and disturbing case of his career.

Other than Bill Pullman reprising his role as Detective Harry Ambrose, there are some new faces added to the cast. The Sinner season 3 will feature stars like Matt Homer (White Collar), Parisa Fitz-Henley (Jessica Jones), Eddie Martinez (Orange Is the New Black) and Jessica Hecht (Special).
Matt Homer will play Jamie, an expectant father who leans on Ambrose for support following a tragic car accident. Parisa Fitz-Henley stars as Leela Burns, Jamie’s expectant wife and a Brooklyn-born owner of a boutique in downtown Dorchester.
Eddie Martinez will portray Vic Soto, a hardworking ex-Marine a detective at the Dorchester police department. Moreover, he will be working with Detective Harry Ambrose. Furthermore, Jessica Hecht will play a prosperous painter living a secluded life in Dorchester. She meets Detective Ambrose when he investigates the car accident on her property.

Will Jessica Biel Be In Season 3?

Jessica Biel portrayed Cora Tannetti in season one, a young mother who stabs a doctor on a beach. However, in the second season, the actress took the role of an executive producer.
Fans, after the renewal of the series, are wondering whether Jessica Biel will return on the screens or not.

Reportedly, Jessica said that it is possible, however, the probability of it is quite low. She said they are not quite sure how will her character fit in. The Sinner season 3 is a whole different story with a new cast. It would be difficult to fit her while maintaining the integrity of the show and what they want to do with future seasons.
Moreover, it wasn’t easy for Jessica to say this as she loved the character and would love to portray her again. Furthermore, she said that she is not sure it could be possible, but she is unsure that it will ever happen again.

With the exciting plot and a talented cast of the new season, it is tough to wait for the new season. USA Network is yet to announce the official release date for The Sinner season 3. However, fans can expect new episodes sometime in 2020.