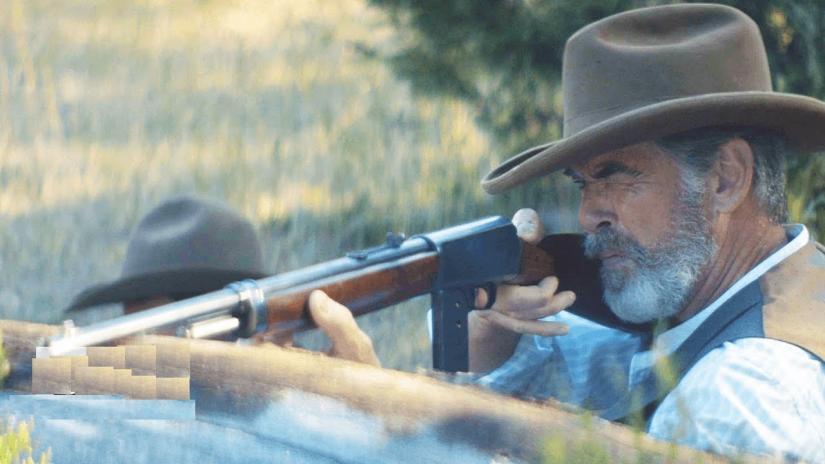 The James Bond star Pierce Brosnan is back with his western drama series. AMC Network’s The Son Season 2 is all set to release in April 2019. The showrunners renewed the show just after one month of the release of the debut season. The first season of the series performed enormously well among the audience and the critics.
The Son Season one had a dramatic ten episodes run comprising gun battles, horses, beautiful Texas picturesque and of course, Pierce Brosnan’s cowboy looks. The show is written and executive produced by Phillip Meyer and the show-runners are Kevin Murphy, Lee Shipman, and Brian McGreevy.

The Son Season 2: Will That Be The Final Season?

Sadly, Yes. The AMC Network has announced that The Son Season 2 will serve as the series finale. According to reports, the star of the show, Brosnan signed a short-term contract as he have some movie work to catch up.

The cast regulars will continue the series led by the star Pierce Brosnan along with some new entries. Lois Smith (from Lady Bird) will join as Jeanne Anne McCullough. Moreover, Jeremy Bobb will also be there in season two as Buddy Monahan, a former friendly farmer. He is now working as a fixer for Standard Oil of Pennsylvania. The Son Season 2 will also have Duke Davis Roberts, Glenn Stanton, David Sullivan, and Alex Hernandez.

The series is based on a New York Times best-seller and a finalist for a Pulitzer Prize novel, The Son, by Philipp Meyer. The show is described as a sweeping family legend spanning 150 years and three generations of the McCullough family. It traces the conversion of Eli McCullough, the charismatic family chief, from good-natured innocent to a vicious killer.
The first season included the family’s brutal origin which signifies of how Eli McCullound became such a ruthless man. Though he is the iconic “First Son of Texas” who will never stop to safeguard his legacy against the first oil industry of 1917. The show spends nearly a decade, near 1988. At the age of 85, Eli’s granddaughter Jeanne Anne McCullough (Lois Smith) is confronted with a long-buried family mystery.

What will happen in The Upcoming Season?

The Son Season 2 will continue the storyline from its previous season. But the biggest challenge, he will face a suppressing civil war in his town. Eli’s idealistic son Pete (Henry Garret) will initiate that battle. Meanwhile, the young Eli (Jacob Lofland) is married and living as a respected soldier along the Comanches in 1851. However, because of the disaster flourishing around, his vast Comanche empire diminishes, and he will eventually take up the leadership spot. Lately, a 1988 story-line is added to widen up the plot. This will bring McCullough saga into more common past.

The final season of The Son will release on April 27, 2019 and it will have 10 episodes. The show will broadcast at 9 p.m. on The ET. However the show will premiere in the UK on April 30, 2019. the viewers are curiously waiting to see Eli McCullough again and his cowboy actions since 2017. The wait for the audience has been long, but the show is worth the wait.