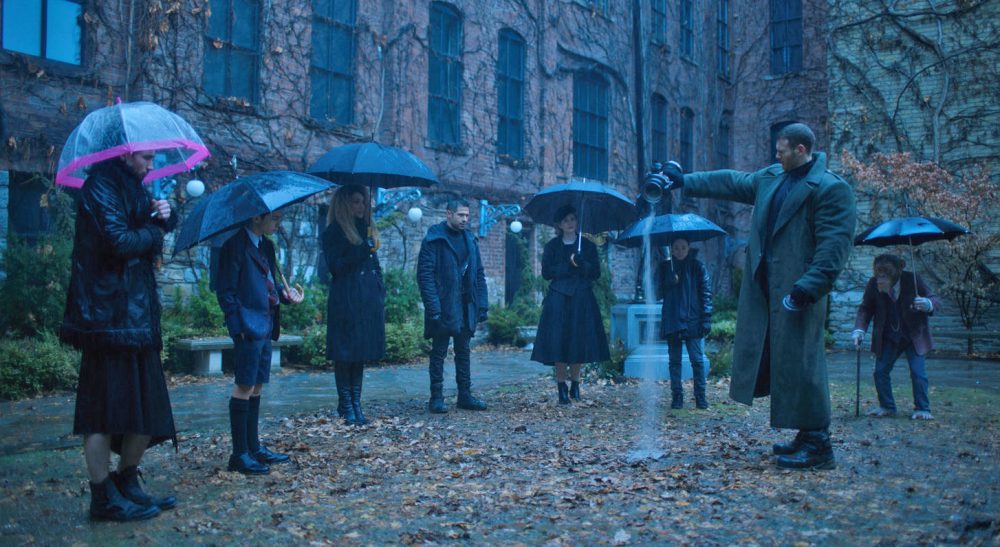 The Umbrella Academy Season 2: Everything Fans Are Going To See

What part of Future you don’t understand? Indeed Season 2’s future. The Umbrella Academy Season 2 is not renewed till now. However, it’s a mere formality. The show ended with a massive cliffhanger. The series has a lot of tales left to tell. So, its renewal for Season 2 is quite inevitable.
Netflix usually considers the performance for renewal of any show. The first season of the show has delivered it no doubts. The Umbrella Academy was loved all across the globe. It’s unlike story-line make it stand out from any show. The series follows Seven extraordinary kids. These kids have supernatural powers. Billionaire Sir Reginald Hargreeves adopted all of them and trained them. He also gave this team the name – The Umbrella Academy.

The most important thing is what is going to happen next. The series ended with The Umbrella Academy not able to stop the Apocalypse Vanya brought. Although, we saw Five suggesting time travel to stand another chance. All of them along with Vanya disappeared right before the Apocalypse hit.
This suggests that they were able to time travel together. Since we know that the future is a Dystopian Earth, they must have gone backward. Going into the past gives them another chance to make things right. We have already seen Five doing so. However, this doesn’t seem that easy.

Trouble’s The Umbrella Academy Will Face In Season 2

In the last moment, we saw the team discussing problems with Time traveling. To that, Five sarcastically took note on his childhood body and adult conscious. Well, that is undoubtedly a possibility. Moreover, we didn’t saw Five getting the ‘equation corrected’ till the end. This means that he still doesn’t control the time travel completely. Therefore, some physical aspects might alter after time travel with The Umbrella Academy.

In the whole first Season, we saw Five struggling a bit with his time travel. Indeed, he was not fully capable when he left the ‘real world.’ For the first time, Five have taken five people along with him to jump. Presuming that he couldn’t jump too far, it will mean another time-concerned battle with the apocalypse.

Cha-Cha died in the apocalypse, and Hazel took his path. However, as The Handler told Five, that ‘The Company’ will do anything to maintain the timeline. However, The Umbrella Academy will try to change the timeline. Therefore, we can presume new assassins in Season 2 trying to stop the team.

The Two Big Mysteries Left For The Umbrella Academy Season 2

Although the series has a lot of mysteries left, there are still two major ones.

What The Father Knew?

We saw a conversation between Klaus and his adopted father, Reginald Hargreeves. Reginald was going to tell Klaus something related to the Apocalypse. However, he got pulled out right before he could reveal anything. There’s a lot of mystery left on Reginald’s part. Who he was (as a glimpse of his past was also shown, which raised questions), Why he adopted these kids and What else he knew about Apocalypse and Vanya?

What Happened With Ben?

Reports are there that Netflix is looking for locations for Season 2. ScreenRant has reported that Southern Ontario has got letters of interest in using the premises as a re-occurring place.
Netflix has taken some time with the renewal of The Haunting Of Hill House Season 2 too. Therefore, the media company might take some time for the Renewal updates of The Umbrella Academy Season 2.