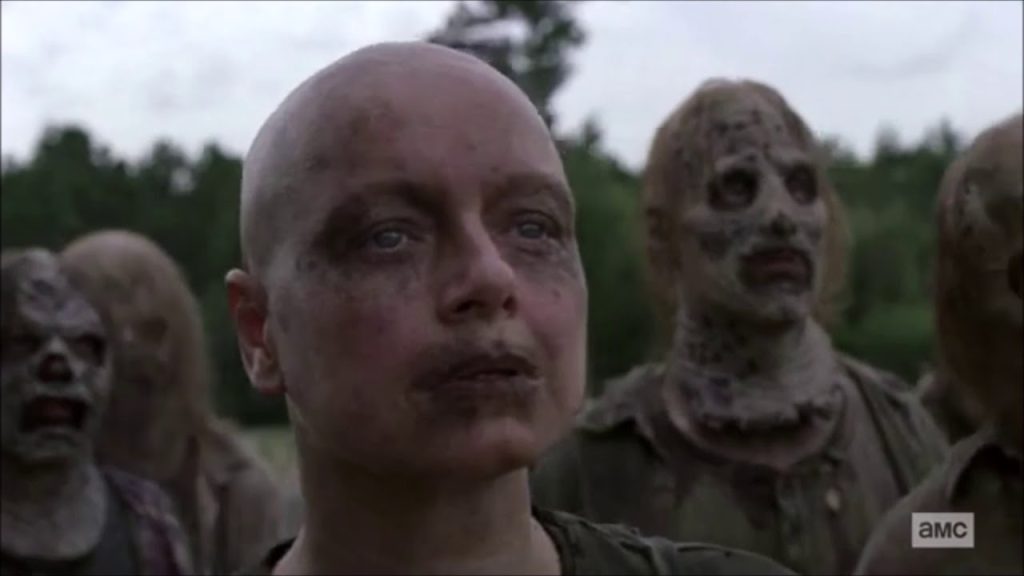 The Walking Dead Season 9 Episode 11: *Wrong Answer* Who Dies Next?

The Walking Dead Season 9 Episode 11 is just around the corner. The last episode saw a lot of ups and downs. AMC’s most anticipated TV Series is though facing a bit of problem regarding the viewership.
However, the show is expected to go great and grand with the upcoming episodes. Returning from its mid-season break, TWD is moving ahead with the storyline of Whisperers. Although, there are still many layers yet to be discovered about them, literally!
AMC released a promo for The Walking Dead Season 9 Episode 11, where fans see Alpha is at the Hilltop. She is here for her daughter Lydia, whom Daryl is interrogating to know more about the Whisperers. However, Daryl has refused her demand. Does that mean a battle awaits in the upcoming episodes? Do fans need to be prepared for more deaths?

Are We Going To See More Deaths In The Walking Dead Season 9 Episode 11?

Episode 10 featured a brief back story of the cruel deeds of Alpha. Someone who doesn’t even care about the Zombie outbreak has got one hell of a nerve. She also killed a survivor with her bare hands, define how terrible she is. With the theory of Soft and Hard, Alpha has also beaten her daughter Lydia to make her strong. Well! That raises fear in the most excruciating manner. Also, she has one hell of combat skills along with the extraordinary strategic mind.

Hide from it, run from it, Alpha knows where you live. She demands her daughter Lydia, who is captive at the Hilltop. Moreover, Alpha also has two members of the Hilltop group with her.
Daryl has refused to the demands of Alpha. To that, Alpha replies it as the “Wrong Answer.” The plot is boiling up for another battle. With war, comes deaths. The deaths of many major characters. So are we going to see a full-fledged battle sequence between the Whisperers and people of Hilltop in the next episode?
For now, the answer is no. In the recent episode, a lot of talks was going about the ‘fair’ in the Kingdom. And if a fair is going to happen which will in the 15th episode of season 9, there can be no more deaths. Therefore, the chances of a fair-trade between Daryl and Alpha is expected. However, Daryl has refused to her demand, but Tara is now in charge at the Hilltop.
This suggests she may convince him to trade Lydia so no one has to die. Another possibility is the members of Hilltop attacks the Whisperers and free their two members held by Alpha without trading Lydia. According to the synopsis of the 16th episode titled “The Storm,” Whisperers will be attacking the fair where members of all communities have gathered in years.

What Is Happening At The Kingdom?

The promo also gave us a glimpse of the heat building up at the Kingdom. Carol, Jerry, and King Ezekiel are on a supply run for the fair, and the Walkers attack them. The rumors of King Ezekiel’s potential death in this season are already around. However, this time doesn’t seem to be fit for signing-off this character.
So we are going to witness a run-away sequence between these characters and Walkers. Moreover, everyone is going to land in the safe zone, and we are still away from any significant character death in The Walking Dead Season 9 Episode 11.
All in all, after the exit of Rick and Jesus from the show, TWD is not up for any more deaths. With a dip in the viewership, the creators will try to keep their lead cast around for season finale.

The Walking Dead Season 9 Episode 11 titled “Bounty” will premiere on 24th February 2019. A lot of drama and action awaits for the upcoming episode. Stay Tuned for every update regarding the ongoing season of The Walking Dead.