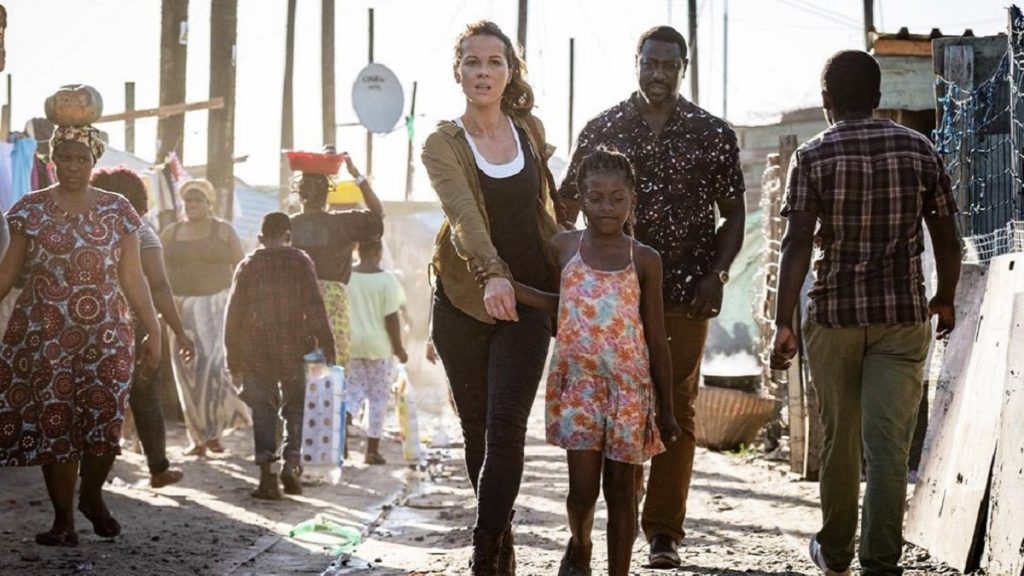 The Widow Season 2: Everything Fans Need To Know About The Series?

There are not many films and series on the network that potentially leave a mark on the viewers’ hearts. One such series premiered recently and messed up our minds. Moreover, now fans can only wonder when The Widow Season 2 will release. This suspense drama is available to stream on British ITV and Amazon Prime Video since March 1, 2019.
The Widow stars the super-pretty and popular Kate Beckinsale as the lead character, Georgia Wells. The English woman recently lost her husband in a plane crash over the Congolese Jungle. Devastated, the widow still grieves over her loss when she discovers a chance that her husband, Will (Matthew Le Nevez) is alive. As a badass woman she is, Georgia goes to the Congo to find him, while she comes across many threats and disturbing secrets.

Surprisingly, even with an intense premise and incredible filmography, The Widow is average rated. However, it still has a pretty high fan following. After such an amazing experience, fans need to be answered about the possibilities for a Season 2. Hence, here we are with all the reasons why ITV and Amazon Prime ‘must’ renew the series for a second run.

The Widow Season 2: The Ending

*Spoilers Ahead For Season 1 Ending*
The climax of the first season literally left us disappointed in terms of what Georgia deserves. The entire story revolved around finding if Will was alive or not. However, the plot dives deep into topics that were related to Will’s disappearance, though they had way deeper meanings in them. Moreover, by the end, we know that Georgia has much more potential than we thought she did in the beginning after all she went through, throughout the season.
The installment ends on a potentially expandable point where viewers can easily expect another season. Though, it may not include Will’s storyline anymore as we know he’s out of Georgia’s life. And well, now that she is not a widow anymore, her story arc will be much more viable and interesting. However, we do expect her emotional side to be a part of Season 2 as well.

The Widow Season 2: Characters That Need To Be Discussed Further

Georgia didn’t really have many people to support her emotionally. Throughout the season, she only connected to a few people which include Martin Benson, Adidja and Emmanuel. Out of which, the Englishwoman already lost her sidekick Emmanuel before. The other two can potentially have much screentime in Season 2 (if it happens).

Martin Benson is very supportive and being her father’s friend, play the role of a father figure later in Georgia’s life. However, even after being an important character for the show, he is not described much throughout the season. A few things such as Martin being an ex-military intelligence member strike to the audience. The Widow Season 2 can shed some more light on his character.
Adidja also becomes an important part of Georgia’s life. The two discover a unique type of relationship in less time. Moreover, as now we know that the widow is all alone, Adidja can possibly be an essential companion to her. Her character may return in another season.

The Widow is yet to get a renewal by any of the streaming platforms. Until then, the show hangs between the decisions. However, in case it’s given a green flag, The Widow Season 2 might premiere around the same time next year as the Season 1 released. Which means, it may come out by early 2020.
Fans have pretty high expectations from the showrunners. As per its popularity, the show can potentially have another shot at the screens. Hopefully, the second season will be renewed and soon returns to entertain us.