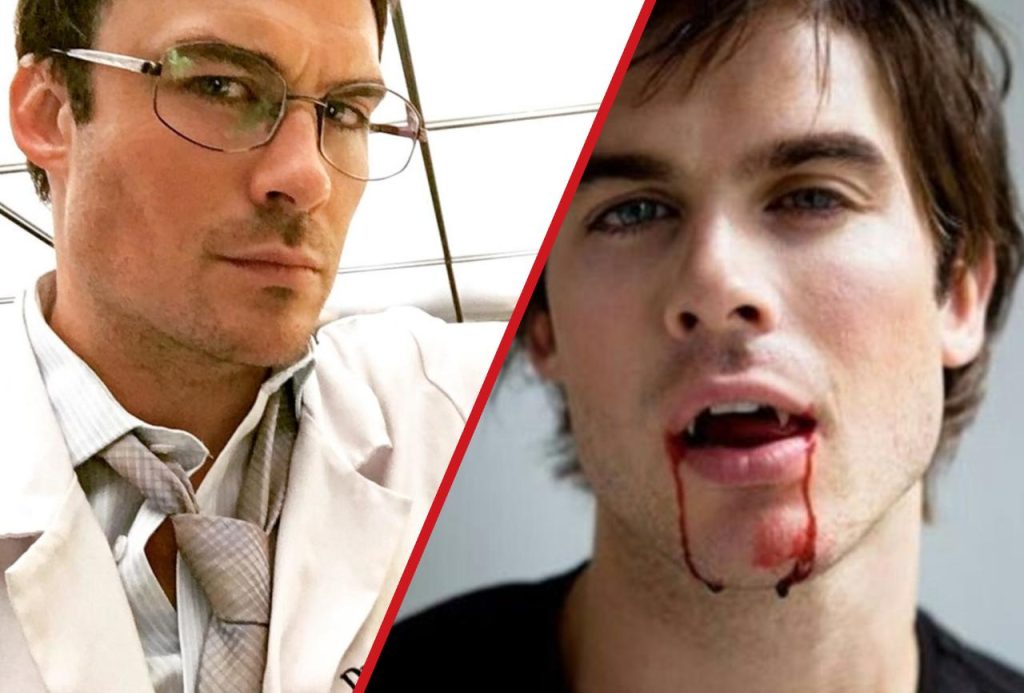 From an overly popular Vampire world, Ian Somerhalder is now moving to another. However, he’s not a vampire anymore! Netflix’s latest series, V Wars, will feature him as a vampire-hunter instead. Shocking, isn’t it? Yes, Ian will now play the role of a normal human being in the brand-new show. Here’s everything you need to know about his comeback.
Ian Somerhalder as Damon Salvatore was a heartthrob of his time. The Vampire Diaries went on to become one of the most popular shows amongst teens during its eight-year run from 2009 to 2017. In fact, millions of fans are still crazy about the series and its characters. Besides, they’d do anything to watch anything even meagrely related to the beloved franchise. Hence, V Wars looks like a perfect treat.

Netflix’s brand-new series introduces us to another vampire-ridden world. The evolving crisis of a deadly outbreak fractures the society and splits them into fractions. A large number of humans are now vampires, and the rest of the is attempting to fight them. Besides, a future war between the two may soon approach.

Is Ian Somerhalder A Vampire Again?

Nope. Ian Somerhalder is not Damon Salvatore anymore. Instead, the charming actor will now pick up a totally opposite role. His character, Dr. Luther Swann, is a scientist attempting to cure the vampires (or kill them if needed). Swann thrusts into a catastrophic nightmare when his best friend, Michael, is transformed by a mysterious disease. The doctor races to find the cause of the disease while Michael (Adrian Holmes) becomes a powerful predator feeding on humans.

Damon and Elena were one of the most popular ships ever. However, the actors didn’t stay together in a relationship for long. Lead actress Nina Dobrev and Ian soon split, and the former then began dating actress Nikki Reed. The couple is happily married and has a daughter too. It’s been a while since the two of them are together, yet we never saw the actor co-star in a movie or show ever.
Luckily, it’s finally time. Nikki Reed is set to play a character called Rachel on V Wars. Netflix is yet to describe her influence in the plot. However, as far as the official trailer suggests, Rachel might be close to Ian’s character Luther. Besides, she might, in fact, be his wife on the series as well. Fans are too excited to watch them together. We hope that Reed has an important presence on the show.

When Will ‘V Wars’ Be On Netflix?

Ever since Netflix officially order the latest series, it has been in talks all around. While millions of TVD fans rejoice Ian Somerhalder’s return to the screens, others aren’t happy with the way he’s coming back. Ian was considered the hottest and cruelest vampire ever. Hence, him becoming a vampire-hunter for a show doesn’t seem like a good idea for many. In fact, some of the followers consider this co-incidence to be funny. As of now, we highly hope that V Wars turns out to be an interesting offer and culminates as much fame as The Vampire Diaries. It is set to release on December 5, 2019.