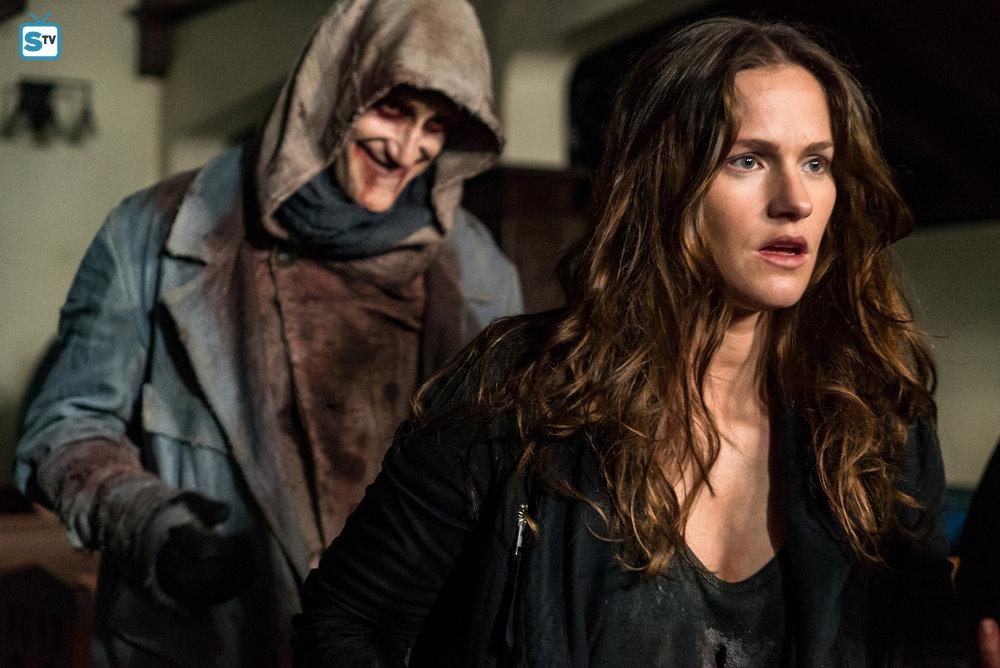 Its good news for dark vampire world fans. Syfy has officially renewed Van Helsing Season 4. The announcement was made two weeks before the Van Helsing season 3’s finale. The production of the fourth season recently started as one of the cast members tweeted about it.
The renewal of Van Helsing came as a surprise because the show’s average weekly viewership was just half a million. But its low production cost holds it still. Moreover, the showrunner Neil LaBute will exit from the show for the Netflix series, The I-Land. Writer and executive producer Jonathan Walker will replace him.

The production of the fourth season flagged green on February 26, 2019. The news came out as one of the show’s cast, Rukiya Bernard tweeted about the first day of production. Bernard plays the role of Doc, the brilliant, socially awkward scientist.

Van Helsing Season 4 will have 13 episodes queue of the vampire-human world. The audience will see a lot more of Vanessa Van Helsing (Kelly Overton). She got the strange powers to transform the vampires into human beings. With the help of this ability, she is fighting to take back the world from the night wanderers.

What Has Happened With Vanessa Till Now?

Season three centered around Vanessa’s aim to find the Four Elders and kill the Dark One, the master of all vampires. While searching for the first three Elders, she was also dealing with an expanding evil in her soul that threatened to swallow her. However, the other members of her group have been working to have a new start in a refugee camp in Denver.

We're not done yet.#VanHelsing will officially be back for Season 4 👏 pic.twitter.com/96AEPPxA5J

Season three went through some shocking deaths. The murder of Mohamad (Trezzo Mahoro) by Sam (Christopher Heyerdahl) and Scarlett (Missy Peregrym), who sacrificed herself on the blade in Vanessa’s hand. Sam has fulfilled his destiny and became the Fourth Elder.

Van Helsing Season 4: What Will Happen?

The fourth season will explore Vanessa’s relationship with Lily Van Helsing, her ancestor, returned in the finale of the third season. Though Scarlett isn’t there with Vanessa, Lily will potentially take her place as Vanessa’s ally in the battle against the vampires. Sam, who has become the Fourth Elder will be the main villain of the series along with the organization, Blak Tek.
While talking to THR, Walker stated that season 4 would delve more into the iconic lore of the vampires and their ultimate goals for the world. According to him, some new villains will also rise in season 4 with some unexpected heroes to fight back.

All the seasons of the show have released in late September or early October. Similarly, Van Helsing Season 4 is expected to premiere around fall of 2019. Netflix recently released the third season of Van Helsing. Its first and second seasons are also likely to make their way there soon. So, the audience can also watch Van Helsing Season 4 soon on the streaming platform after its official release on Syfy.
Will Vanessa collab with Lillian Van Helsing, her great-grandmother to bring down The Dark One? Has Lillian’s dagger done any damage to Sam or just inflated his wrath? Is Sam the Devil? The audiences are curious to know all the answers as soon as possible.