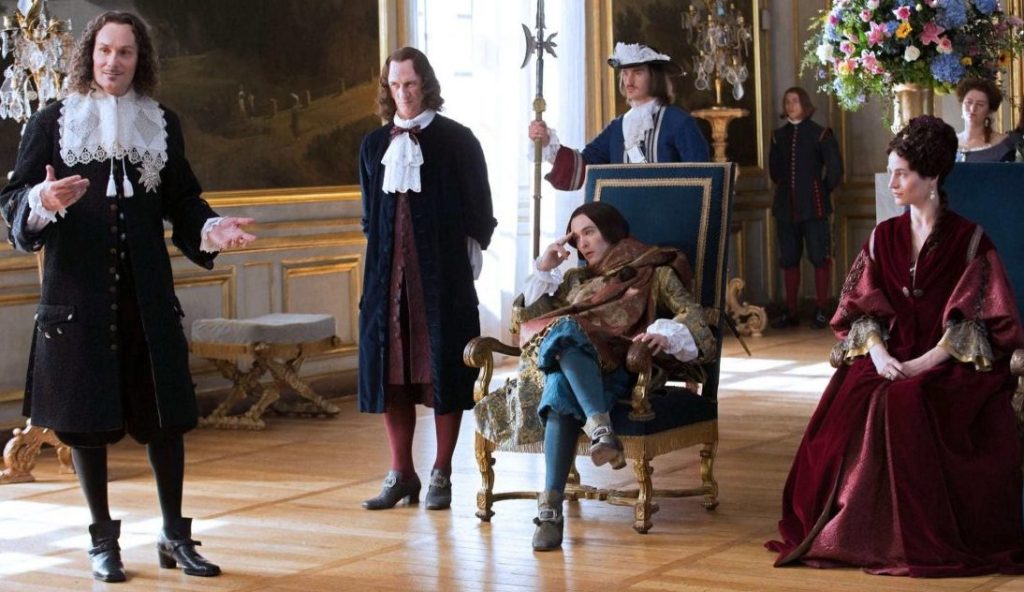 Versailles Season 4: What Is The Fate Of The Show For New Season

Versailles has fought its last war on-screen. Versailles Season 4 is canceled. The historical fiction drama series got ended after its 30th episode. The show was initially intended to be of 4 Seasons. However, In April, the news of the cancellation of the show came.
Versailles follows the saga of King Louis XIV portrayed by George Blagden. The show features his dubious reign. The final season of Versailles focused on the period of the 1680s, which are considered as the apex of his reign. Moreover, he had authority over the church, and the nobility, and France was the leading power in Europe.

Why Versailles Got Cancelled Before Season 4?

Versailles was priorly supposed to be of 4 Seasons. However, the show got canceled after the third season. Fabric de la Patelliere, head of fiction at Canal Plus explained the reason behind that. Patelliere said that the show was meant to chronicle the coming of age and ascent to power of Louis XIV. Furthermore, to show how he created Versailles to corral his nobles, declaring his total control. He added that at the end of the third season, Louis XIV had gained complete power. Moreover, he is 46 or 47 years old. Therefore, we reached the end of the chronological arc that we had envisioned for this show.

Fans Are Not Ready To Let Go The Show

Cancellation of Versailles Season 4 came as quite a shock for its massive audience. Fans immediately took to Twitter. They started a campaign to save their beloved show. #SaveVersaillesSeries and #saveversailles hashtags began trending on Twitter. Till now, more than thousands of tweets have posted for the same. A campaign had over 4,900 signatures for saving the show.

Express.co.uk featured a conversation with Jenny Platt. Platt portrays the character of Parisian shoemaker Jeanne. Platt said that she thinks people were unfortunate. However, you can also consider the proud for the work; the actors had done in the show. She also said that the narrative is less appealing after this point for King Louis. Therefore, in a way, it was the right time to finish it on a high.

What Is The Fate Of Versailles Season 4?

Till now, Versailles is not saved for Season 4. However, fans and the cast of the show are still appealing for another installment of the show. While replying to a tweet, Evan Williams who pursue the role of Chevalier de Lorraine, tweeted to keep supporting and signing. He also added that support from all over the world couldn’t be ignored. Fingers are still crossed for Versailles Season 4. However, no confirm updates are provided for another installment of the show.