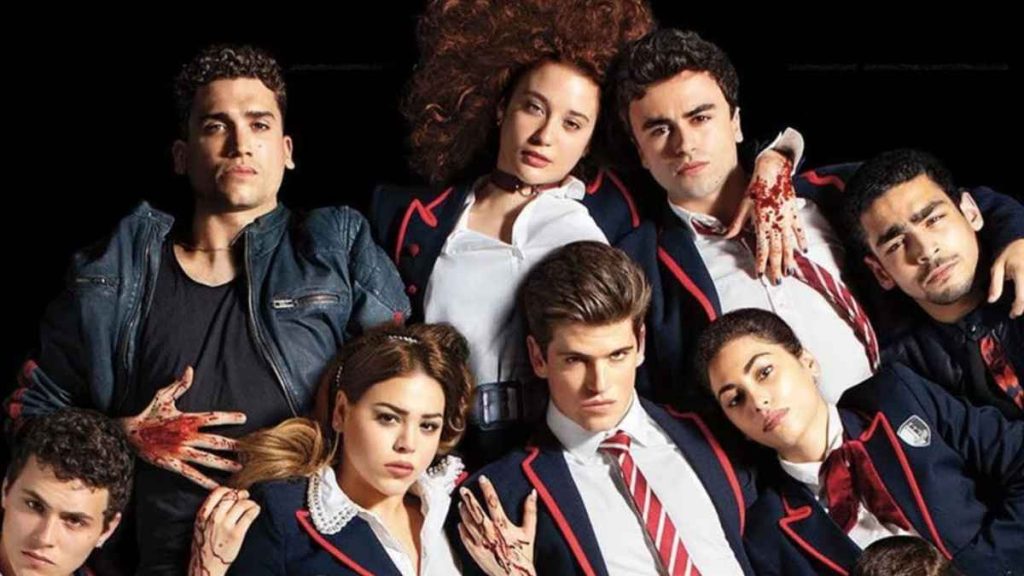 When Will Elite Season 3 Be On Netflix? Cast Updates & More

Well, time’s running slow for all Elite fans waiting to watch more. It’s only been a couple of months since the second season hit the screens. However, the wait is getting harder with every passing day. As of now, we have a lot to tell you about Elite Season 3. Watch out! Major spoilers ahead.
The debut season of the crime drama had tones of interesting things to offer us. It surely is a perfect blend of a thrilling premise, talented performances, and smooth directorial skills. Hence, the pop teen drama hit the right chords for millions of people watching from around the globe. On the other hand, Season 2 turned out to be a hundred times more dramatic than Netflix’s first attempt.
In recent times, the massive streaming platform is focusing a lot on its Spanish shows too. In fact, many of them have done exceptionally well for the audiences. Elite, as well, has much potential and has managed to gather around 20 million households to watch in the first month of release. Obviously, we now have many more expectations from Elite Season 3.

What To Expect From Elite Season 3?

Like both of the previous seasons of the show, Marina’s murder will continue to influence the plot Elite Season 3 as well. Everyone has finally found out about Polo being the murderer that they were looking for. Hence, the story will pick up where it left off last season and focus on the deaths and Las Encinas’ reaction to the revelations.
Polo is still not punished, and the student of the school may seek justice in the future. In fact, there may even be a fatty confrontation between him and Guzman. Being closely attached to both Marina and Polo, Guzman has been highly affected by the revelation. Season 3 may bring him in focus this time.

Looking at the performance of Elite’s first two installments, fans knew that the series deserves many more seasons in the future. Well, actually, they were pretty right. Netflix is conscious about the show’s potential too and hence, wasted no time in renewing it for Season 3. The streamer waved the green flag way before Season 2’s premiere.
The cast and crew soon began filming for the third round. Besides, by October 2019, Elite Season 3 was already under the wraps. The news was proudly announced over the streamer’s social media handles. Moreover, we were also given a couple of cast additions with the same.

Like the previous season, Elite Season 3 is set to have a few cast additions to the lot again. With the production wrap announcement, showrunners also show us the new faces. Actress Ester Expósito who plays Carla on the series introduced us to Leïti Sène & Sergio Momo. The actors will play Yeray and Malick, new Las Encinas students in the latest installment.

When Will Elite Season 3 Be On Netflix?

Elite usually arrives on Netflix towards the fall. However, this time, we may get to see the Las Encinas teens much earlier than that. Since the cast is already done with their filming schedule, Season 3 may take lesser to be back on screens. In fact, we can now expect the installment to premiere by mid-2020. Well, it’s always wiser to wait for an official confirmation. What’s your favorite character on the show? Tell us in the comments below.