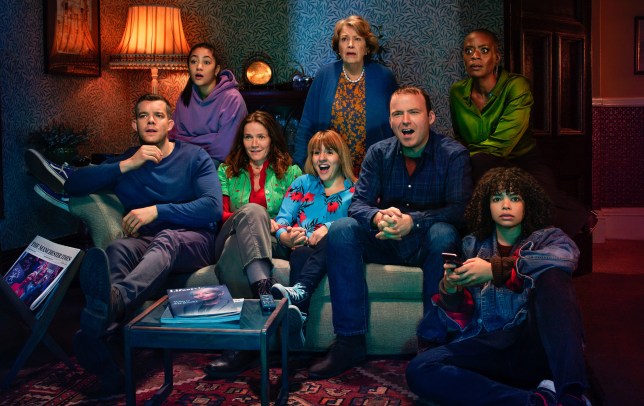 Years And Years Season 2: Renewal News, What Producers Think About The Future?

The futuristic drama even after getting fantastic reviews, is still hanging to get a confirmation for Years And Years Season 2. This BBC One series has been one of the best for the network. Although Season 1 of the show has only premiered in the UK, it is yet to release in the USA. HBO will premiere the show on 24 June.
The creators centered the show on a businesswoman turned politician and her unstable governance. It indirectly affects the Lyon family, which includes Stephen, his wife Celeste, and his two daughters, Bethany and Ruby. Stephen also has three siblings, namely Daniel, Edith, and Rosie.

How Did The Unfolding Future Stump The Fans?

The story portraying a future 15 years ahead started with a five year advance in the first episode. The show took the viewers in a world where Donald Trump has won a second term as President. The series started in 2019 will end in 2034, with some advancements in every episode. The producer Russel T Davies believes that history and society would never approve of such progressions in beliefs and technology.

But above all of this, what astonished the viewers the most was the horrifying real future. The fans could sense the destruction that technology can bring upon society in the future. One of the episodes shows Bethany obtains a few superhuman abilities like accessing devices through her brain and capturing pictures from her eyes. By this ability, she gets to know that it was her father who sent Viktor to a refugee camp.

Russell T Davies wanted to share his thoughts on the future of the show. He posted a picture on Instagram with Rory Kinnear and Anne Reid saying that it will all end tomorrow with the last episode. Now through such a post, we can judge his intentions on renewing the show.

Russell also in an interview stated that he had no plans of taking the show further. He said that it was always a one season show and even during the production, the crew did not discuss anything about Years And Years Season 2. The interviewer also asked him about the cliffhanger related to Edith whether she could upload her consciousness on the cloud or not. On that, he replied that he could not answer as he had no idea of what happened. Therefore, it seems that Russell is currently in no mood of renewal.

If we notice the scenes in the show carefully, we would think that it is highly probable that in the future, climate change will have reduced the UK or any country for that matter into a mess. The show in 2028 shows the country facing 60 to 80 consecutive days of rain. We also learn of terrible news through a conversation between characters. They discuss that chocolate has become a luxury and that there is no longer such a thing as a banana. That is the impact climate change can have on our planet, making the place challenging to survive. Credit goes to the creator who subtly portrays the fact.

We got to know that the production is not keen on carrying the show further. But the fans should not lose hope as the ending of Season 1 was not such that the creators could not revive it in the future. Such situations have surfaced many times in the past as well. Also, the series has a lot more potential left to thrill the fans. So we should keep our fingers crossed for announcement of renewal in the future.