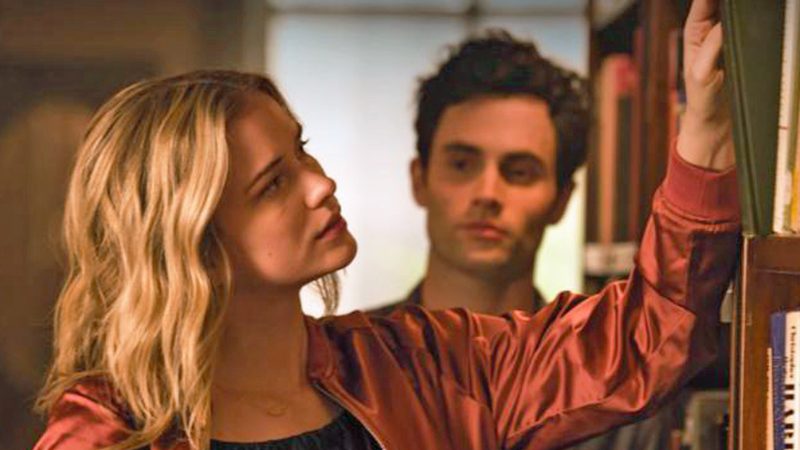 One of the most nightmarish (in a good way) television series of all is up for its new season. Production for “You Season 2” has begun, and fans are longing for the upcoming season. It has been a few months of first season’s premiere, and the show has already gained a considerable fanbase.
The finale of the first season ended with a major cliffhanger. The death of one of the leads of the series has raised hundreds of plot expectations. Awakening of a dead character creates multiple conjectures. There are numerous questions left for the showrunners to answer in the sequel. You Season 2 has a lot to give us.

ok the You season 2 table read is happening and I don't think any of us are ready pic.twitter.com/0tnTmo22X8

The season finale ended with a spine-chilling finish to Guinevere Beck’s story. Brilliantly played by Elizabeth Lail, Beck’s story as the victim of stalking was very engaging. While the fans expected a happy ending to poor Beck’s miserable life, she received the extreme opposite of what should’ve happened. Every indulgent viewer wanted a heroic end to Beck’s perspective of the story.
Sadly, the beloved met her fate according to the portrayal by the creators. However, fans still expect her comeback in the story.
The lead and the center of the entire story, Joe Goldberg (played by Penn Badgley) murdered Beck at the end of the first season. He also buried Beck’s body and framed Dr. Nicky of her murder.
Although the narrative hinted that Beck died, fans highly doubt it. Debut season did not show Beck’s death on screen. Thus there may be a chance of her return in You Season 2.
Despite everything, Lial confirmed that there are no chances of Beck’s return. In an interview with Radio Times Lial said that she might not continue the journey with Penn Badgley. She adds that he will be the only one in You Season 2.
Thus, Beck’s return in next season is improbable.

In all likelihood, yes she is.
Candace Stone, played by Ambyr Childers, was seen a couple of times in the first season. Though, she was just a mere hallucination of Joe. But the cliffhanger, in the end, left us with a confrontation of Candace(alive) and Joe.


‘You’ is an adaption of a novel with the same name, written by Caroline Kepnes. The television version of the book is almost similar, excluding the return of Joe’s ex-girlfriend Candace. Accord ing to the book, Candace was actually dead.
The psychological thriller for TV might change Candace’s presence in the story.

You Season 2: Who else will return in Season 2?

The evil-protagonist of the story, Joe Goldberg will undoubtedly return. Well, it is very obvious that Gossip Girl fame Penn Badgley will reprise his role as Joe. He hinted his return in a tweet.

Ditto. It will be all the motivation I need for season 2. https://t.co/fy2hojauDG

Candace Stone, played by Ambyr will also appear in You Season 2. It is undeniable that Dr. Nicky’s character has a lot to add to the story. Hence, actor John Stamos will also return.
On the contrary, Shay Mitchell and Lou Taylor Pucci as Peach and Benji respectively, do not hold any probabilities of coming back to the show.

The showrunners have not declared the release date of You Season 2. However, it is likely to premiere in 2019.
The television series has one of the darkest story plots of all. Though, it spreads awareness against stalking and how social media fuels the crimes in today’s generation. The show stars a fantastic ensemble cast with potential actors. Let us see if the sequel does justice to fan’s expectations.