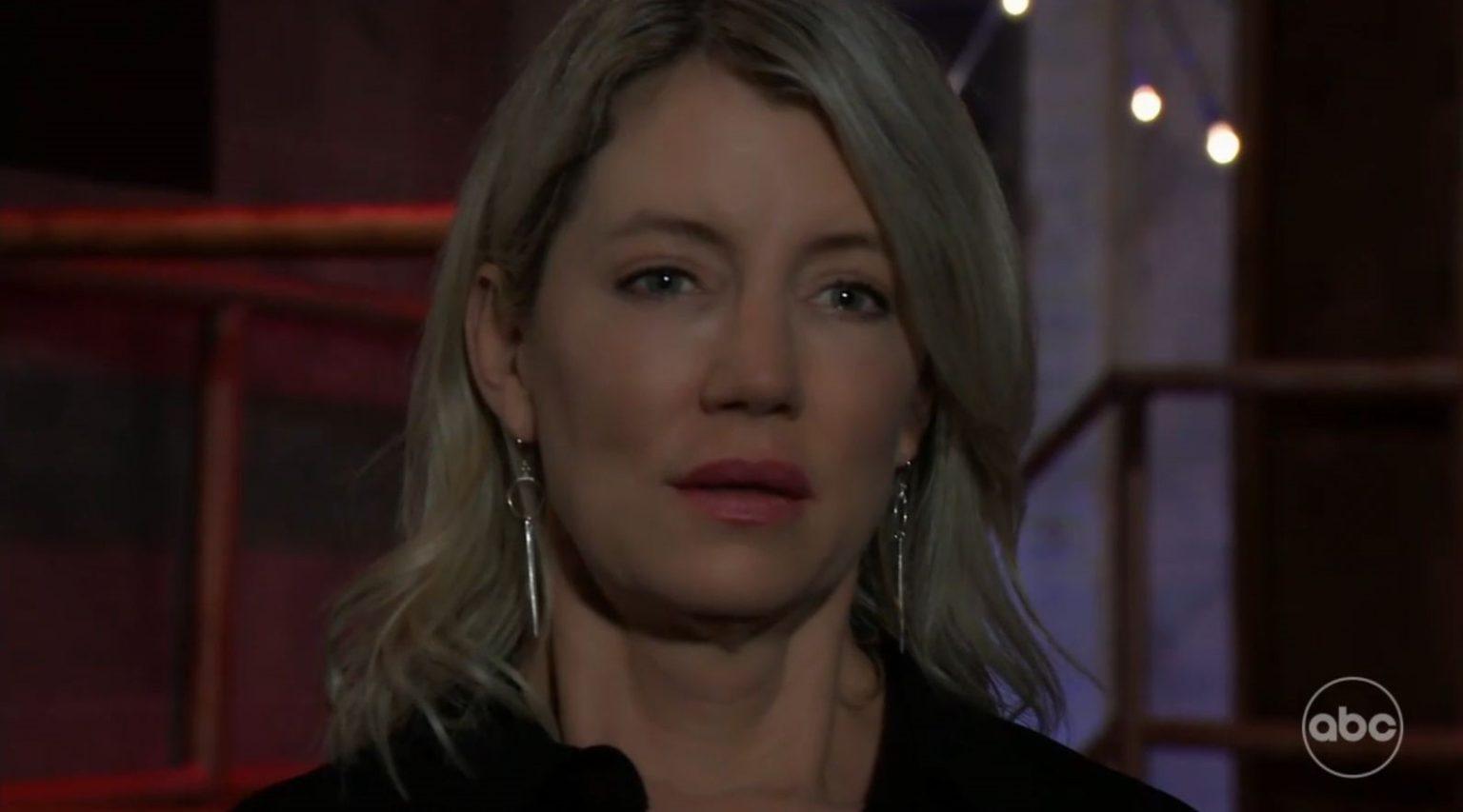 It looks like the drama will continue in Port Charles in the upcoming week. General Hospital spoilers for the week of January 10, 2022, reveal that viewers are in for a lot of soapy drama in the upcoming days. Taking the lead is Carly, who will still be struggling with everything, and she will want answers. Then, Nina will find herself in the middle of a very complicated situation that she might not be able to escape. Trina will also be truthful as she talks about her opinions regarding her friends.

On the other end of the town, Felicia will return with a motive, and she will work through that. General Hospital spoilers also suggest, Austin will be up to something, and Curtis will finally give Marshall a chance. Would this father-son duo be able to sort things out? Here is everything about it.

Starting the week of January 10, 2022, will be Carly, who will be adamant as she asks for answers from someone. It looks like she will be in a situation with no mood to budge. Moving on in the week, Carly will also reach out to Olivia and catch her off-guard. It is likely that she will want her friend as she vents about Sonny and everything that has been happening in her life lately. While Carly opens up about her issues, Sonny will hit the cabin. He might need a place to crash at, so the cabin will be it.

General Hospital: Nina’s Becomes A Part Of A Complex Situation

General Hospital spoilers suggest that Nina will have an interesting week ahead of her in the upcoming days. She will get an unexpected visitor at Crimson, and then she will reach out to Valentin Cassadine. There are speculations that hint that Nina will come into Victor’s orbit. So, we will have to wait to see where that goes. By the end of the week, Nina will also become a part of very complex conversations that Ava will also be a part of. But what would it be? Only time will tell.

The Teens Of Port Charles

On the other end of the town, spoilers suggest that GH viewers will get to see some teen drama as well. Trina will be outspoken about how she has been feeling about her friends before all of them head out. What would Trina possibly say?

Moreover, would Cameron, Josslyn, Esme, and Spencer be able to fathom whatever it is? Speaking of opening up, spoilers for the week of January 10, 2022, suggest that Michael will finally open up about how he feels regarding “Mike” and Nina’s relationship status.

General Hospital: Felicia Is On A Mission

Felicia has returned to Port Charles, and she has a mission. As per Tv Season & Spoilers, Felicia will catch up with Maxie then she will be on a fact-finding mission at GH. More related spoilers suggest Anna and Maxie will also have a chat. Would this be them catching up, or is something else happening in Port Charles, again?

Elsewhere in Port Charles, Austin will run into Brook Lynn, and they will have a conversation. We don’t know what this conversation will be, but after that, Austin and Valentin will compare notes. This could very easily have something to do with Brook, Bailey, Chase, or maybe all three of them. More Austin-related spoilers suggest He and Britt will find themselves in unchartered territory in the upcoming days. It looks like they will bond on something in the upcoming days. So, we will have to see what that could be.

General Hospital spoilers suggest that the week of January 10, 2022, will be the week when Curtis will finally let Marshall in. He might not trust him completely, but he will trust him enough to give him a chance to explain himself. Would this father-son clear the air? Only time will tell. Tv Season & Spoilers claim that Ned will come to rescue a fellow PC resident in some legal matters, and Sonny will make a gesture.

Ever since Drew Cain escaped Greece, he hadn’t come across Victor. But, he will come across Victor in the upcoming days, and both of them will get into a heated confrontation. Drew will warn Victor and ask him to stay away from Drew and his family. So, we’ll have to see how Victor responds. In more Drew-related news, he will need someone to vent, and a friend will give him that ear. But who will this friend be?

Rounding off the spoilers for the week of January 10, 2022, will be Sam, who will sit with Alexis as they think about the future. Since Alexis is now changing careers and looking forward to building a new life for herself, Sam might assure her that she has people. While Sam supports her mother, Dante will also deal with some family issues. Ever since Sonny and Carly drifted apart, things have been rather tricky. So, Dante might have to play the peacemaker there.

Spoilers also suggest Laura will call a family meeting in the upcoming days and have something rather serious to talk about. What would the mayor want to discuss now? We will know soon. General Hospital airs on ABC all weekdays. So, make sure you tune in and enjoy. The upcoming week will be full of drama. Don’t miss the action.