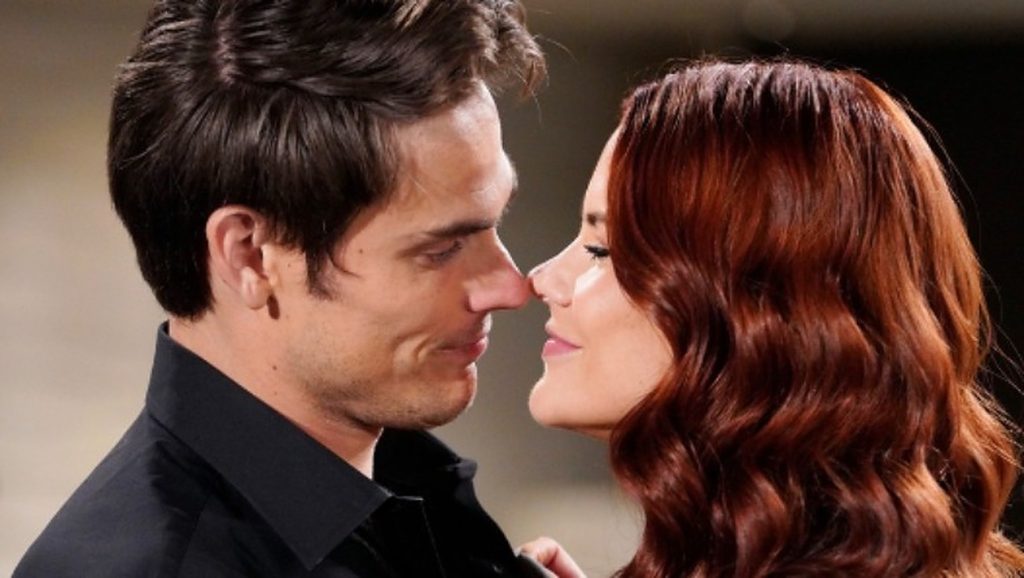 The Young And The Restless: CONFIRMED! Sally And Adam Are REUNITING

For a long while now, Sally has been torn between her feelings for Nick and Adam on The Young and The Restless. However, of late, it had started to seem like she had made her choice. Nick had emerged as the winner in the battle of the brothers. Alas, if the latest spoilers are to be believed, that seems to be a rather short-lived victory. Sally Spectra is about to take a 180 degree and head straight back into Adam Newman’s waiting arms. But, is that a really good idea? Can Adam prove good for her? Keep reading to find out what to expect next on The Young and The Restless.

Sally Gets Close To Nick, Still Feels Pulled Toward Adam

In complete honesty, Sally and Adam’s chemistry is sizzling hot on The Young and The Restless. While Sally was leaning on a stable and comforting Nick, she was having a hard time resisting her feelings for Adam. Just as it started to look like Sally has already chosen Nick in her mind, spoilers have surfaced that reveal that she is about to rush back to Adam. It’s no secret that Sally is an emotional mess at the moment. Her job search is falling flat at every attempt, and her heart is still torn between the Newman brothers.

Sally truly wants to start fresh in her life. In a recent chat with Soap Opera Digest, actress Courtney Hope admitted that Sally really likes Nick, but she still has strong feelings for Adam, which she trying to get over. However, it seems that getting over Adam is not going to be that easy for the Sassy Lass on The Young and The Restless. The spoilers suggest that a drunk Adam proposes to Sally publically at Society. Expectedly, she feels infuriated and lashes out at him. Feeling the temperature rise, Adam suggests they take the conversation somewhere private. Thus, the two then move to Sally’s hotel suite. What will happen next? Will Sally give in to her impulses?

Sally And Adam Kiss, Will This End Well For Sally?

Once Sally and Adam are alone in each other’s company in Sally’s room, she takes a different direction. Her feelings for Adam take over, and she confesses to him that she feels a deep connection for him on The Young and The Restless. Initially, all Sally wanted was to set the record straight with him. He was triggering her in all sorts of ways, making her emotions rise and fall like a game of “Russian Roulette”, as Courtney said in her interview. Instead, in the heat of the moment, she ends up declaring that she still wants to be with him.

Upon hearing what Adam has been yearning for, for the longest time, he leans in for a kiss. Spoilers suggest that Sally does not hold back and the two share a passionate kiss on The Young and The Restless. Does this mean it’s game over for our stable and mature Nick? Will Adam and Sally be able to maintain a healthy relationship? “This is going to lead to more questions than answers for Sally”, Courtney feels. However, it seems that Adam’s feelings for Sally are genuine. He wants her because he loves her, it’s not an act of spite.

While Adam may have done a lot of questionable things on The Young and The Restless, he has always shown a scope for redemption. So if Sally gives him another chance, maybe he will prove that he can be the man Sally needs and deserves. The two surely have the passion and chemistry to be end-game material! What do you think? Could Sally and Adam be the next super couple? Please share your views in the comments. Meanwhile, stay tuned to CBS over weekdays to see how it all plays out on The Young and The Restless.