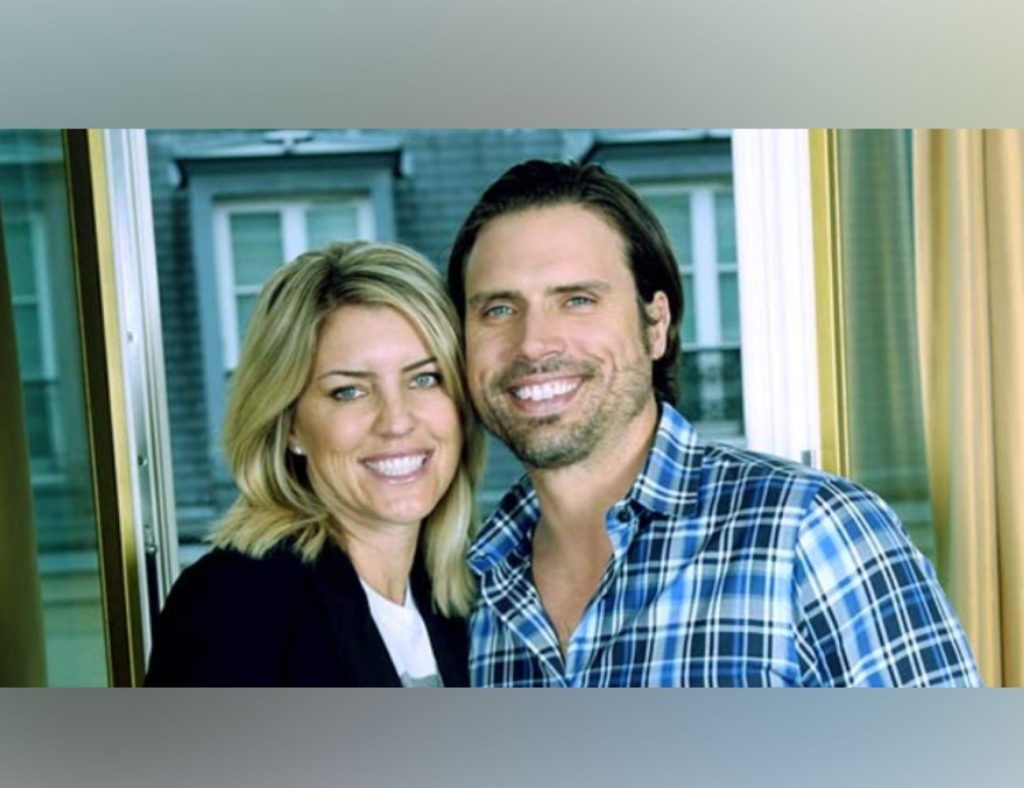 Finding love and keeping it safe is not easy if you are a resident of Genoa City on The Young and the Restless. Thankfully, it is not the same for the talented actors of the show in real life! Let’s take a peek into the romantic lives of your favorite stars from Y&R, and we promise you it is a lot less scandalous than their reel-life versions and will surely leave you smiling!

The extremely stunning Melissa Ordway plays Abby Newman in The Young and the Restless. Y&R fans have witnessed her move from relationship to relationship on the show. However, in real life, Melissa has her eyes and heart set only on one man! She first met actor Justin Gaston on the sets of Escapee and, after dating for a while, married him on 22nd September 2012. In 2016 Melissa and Justin adopted a daughter, Olivia. Later, on 9th December 2017, Melissa gave birth to their second daughter, Sophie.

The Young and the Restless: Peter and Mariellen Bergman

Emmy-winning handsome hunk Peter Bergman has been wooing his fans on The Young and the Restless as Jack Abbott for over three decades. While his character Jack is constantly hitting rough waters in the show, in real life, Peter has found stability and marital bliss with his beautiful wife, Mariellen.

After ending his five-year marriage to his first wife, Christine Ebersole (actress and singer), Peter married Mariellen in 1985, and the couple is blessed with two children. They are such a beautiful sight together, check out this picture!

While Melody Thomas’s alter ego, Nikki Newman, on The Young and the Restless, has struggled to find lasting love, the reality behind the scenes of Y&R is quite the opposite! After two failed marriages, young Melody’s restless heart found true love when she met Y&R’s executive producer Edward J Scott. They married in 1985 and have a happy family, including three lovely daughters.

The Young and the Restless: Sharon Case and Mark Grossman

The actress and former model Sharon Case plays the complicated Sharon Newman on The Young and the Restless. Much like her on-screen namesake, Sharon, too, in real life, has a few failed relationships written off in her past.

Thankfully, her luck in matters of the heart has been looking up! Sharon, since May 2019, has been in a romantic relationship with her The Young and the Restless co-star, Mark Grossman. Interestingly, even on the show, Mark’s character Adam Newman was romantically involved witth Sharon. Check out this little sneak-peek into their life through Sharon’s Instagram post!

on The Young and The Restless. While Nick’s heart has been repeatedly broken on the show, in real life, it has been safely throbbing for one woman alone!

Joshua married Tobe Keeney on 4th August 2001, after dating for five years. They are blessed with four wonderful children, three sons, and one daughter. Well, those were some really beautiful real-life love stories! Isn’t it? We tried but failed to choose just one as a favorite. What about you? Tell us in the comments which star from The Young and the restless you love the most! Also, stay tuned to TV Season and Spoilers; we are about to post a Part 2 shortly!