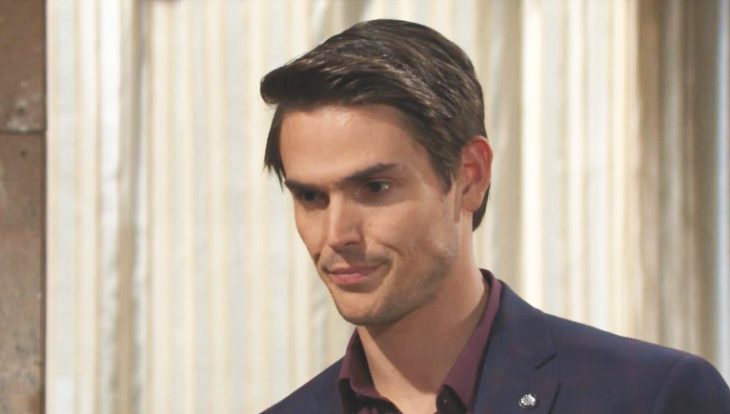 The Young And The Restless Spoilers: Adam Gets A New Romance Storyline, Moves On From Chelsea and Sharon

The latest The Young and the Restless spoilers suggest that Adam will get a new love interest in the land of Genoa City. Viewers know that right now, Adam is on the run, and now more related spoilers suggest that he will leave Sharon and Chelsea behind and will find love in someone new. What are all the romantic prospects coming up for Adam? Keep reading to know-

Chelsea and Adam Are Now Over

Chelsea and now her ex-fiancé Adam Newman have been through a lot together, but they always overcame. However, this time things aren’t looking good for the couple. Adam does not want Chelsea to get punished for setting him up for Rey Rosales’ poisoning, but he will not be able to forget that either. He will find it really hard to forget all of it and move forward with their romance.

Not just that, The Young and the Restless viewers know that Chelsea portrayer Melissa Claire is pregnant. So, she will be leaving the soap opera for her maternity leave. When she leaves Genoa City, she might be sent away for poisoning Rey. This might really be the end of “Chadam.”

The Young and the Restless: Sharon Will Stick With Rey

More The Young and the Restless spoilers suggest that Sharon and Rey might be in deep waters right now, Shey will get together, and they will continue to be together. While Rey does want to move out of Sharon’s house right now, things might get better eventually. Once he comes to know that Chelsea was indeed behind Rey’s poisoning stint, he might soften, and things might start getting better. Rey undoubtedly loves Sharon; he was by her side when she was fighting cancer. So, if Sharon decides to push Adam away once and for all, Sharon and Rey might be able to come out together stronger.

What Will Happen To Adam?

With Chelsea out of the town and Sharon and Rey getting back together, Adam will need someone new. The Young and the Restless spoilers say that Adam Newman will find romance with a new person in the town. While this character hasn’t been cast yet, Spoilers say that this will be a 30-something female with a law background. Adam is dealing with some legal issues. So, this character might be someone who comes to save him.

Adam Newman has been going back and forth between Sharon and Chelsea for years now. So, it is time he leaves both of them and finds someone else. This might just be it. We will keep updating this space with all the news about the soap as it surfaces. So, you stay tuned.