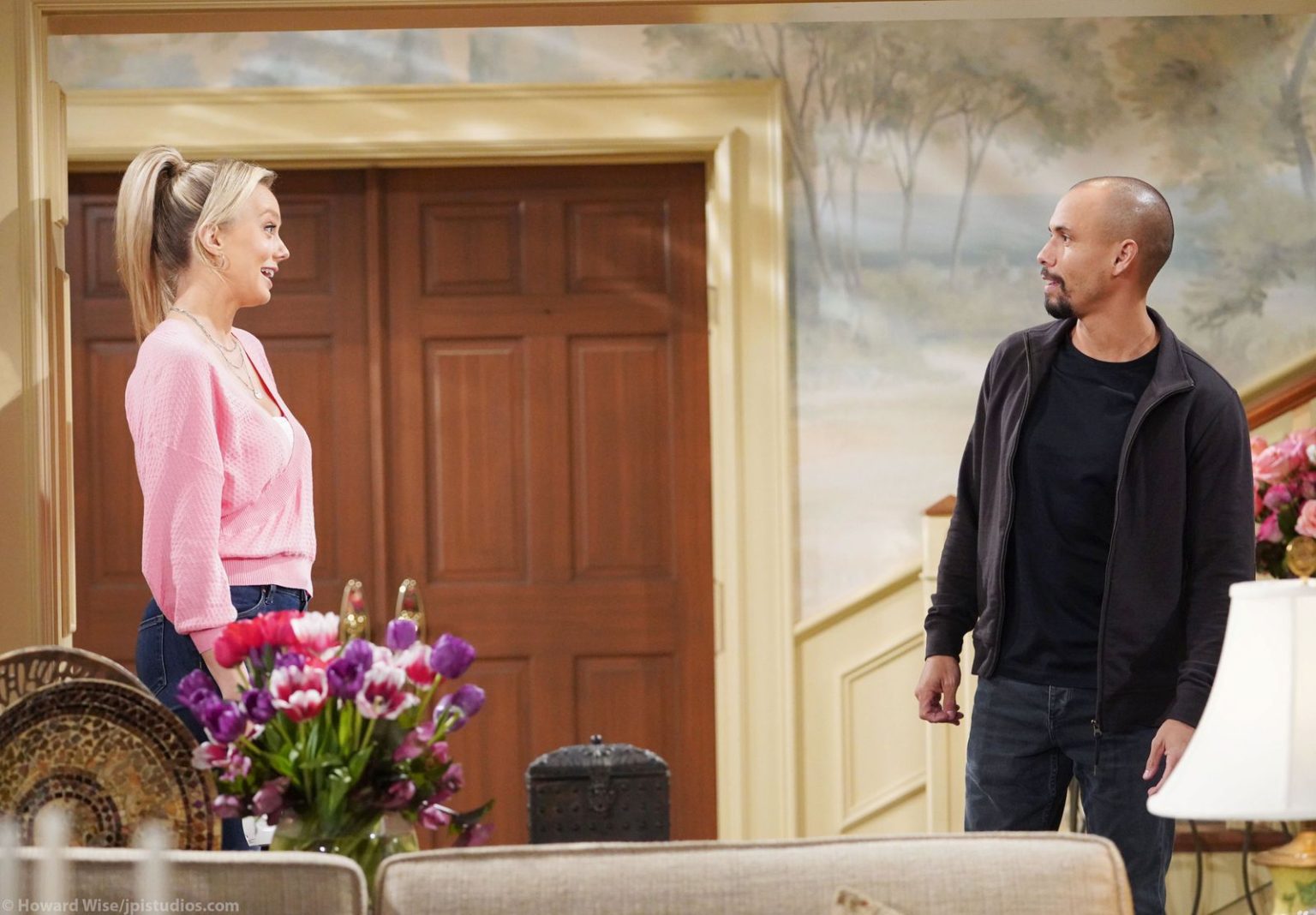 The Young And The Restless Spoilers: Devon Clashes With Abby Over Dominic, Wants Custody

The Young and the Restless spoilers tease that a surprising twist might be coming up in the Devon-Abby storyline in the upcoming days. Devon had been helping Abby with the baby and hoping that things would get easier or better with them. However, The Young and the Restless spoilers suggest that Devon will realize that Abby might not be as good of a mom as he thinks and would want custody. He will think that he can take care of the baby and can’t certainly leave the baby alone with Abby. So, what will he do? Here is everything to know.

The Young and the Restless viewers know that Devon feels really connected to the baby. While he hadn’t thought that something like that would happen, Devon held Dominic for the first time, and he fell in love. Not only that, The Young and the Restless has necessarily put more emphasis on the bond Devon and Dominic have formed. Amanda had realized this bond ever since she saw Devon and Dominic together. But then, she was successful in making Devon say it out loud.

As of now, everyone knows how much Devon likes Dominic. Every time Abby fails to take care of the baby, she calls up Devon. He is the kind of person who can always console the baby and get him to stop fussing. Now, since Abby is stricken by grief, Devon has stepped up further and taken care of the baby. However, things might change soon.

The Young And The Restless: Abby’s Plan, Devon Is Worried

The Young and the Restless spoilers for the week of November 8-12 suggest that Abby will make some rather risky decisions in the upcoming days. She will pass out on the pills, and after she wakes up, she will be in a completely different mindset. After waking up, she will decide to fly to Spain and bring her husband back.

Abby believes that Chance is alive and will want to bring him back. Despite knowing that the place where her husband lived is an active crime scene, she will get in the way. She will refuse to listen to anyone.

While people in Genoa City will try to convince her and talk her out of it, it looks less likely that Abby would understand. She will want to bring her husband back. While all of this is still okay, Abby will forget that she now has a child and will make all the plans without keeping him in mind.

The Young and the Restless spoilers suggest that when Devon comes to know that Abby wants to go to Spain, he will be a little blindsided. Abby wouldn’t have arranged for anyone to take care of the baby, and she won’t even know how long she is going for.

Once Devon comes to know about all of this, he will be furious. He wouldn’t believe that Abby was putting the baby in jeopardy. He will have issues with this and won’t want Abby to go. Devon will try and convince Abby to keep Dominic first, but it looks like Abby might not understand what Devon is trying to say.

More The Young and the Restless spoilers suggest that while Devon was helping until now, he will soon realize that Abby isn’t capable of taking care of the baby. He will already be furious that Abby didn’t think of Dominic before she decided to leave Genoa City and go to Spain. And now, when she doesn’t listen to him when he asks her to stay, Devon might feel that Abby will never be able to take care of Dominic. His concern about the baby will only increase. And then he might decide to make some tough calls.

Some more speculations suggest that Chance is on his way back too. And he might come just in time all of this rolls out. So, will Devon have to fight both Abby and Chance to get Dominic? It is likely. Regardless, The Young and the Restless spoilers confirm that some twists and turns are coming up on the soap in the upcoming days. So, be sure to tune in and enjoy.