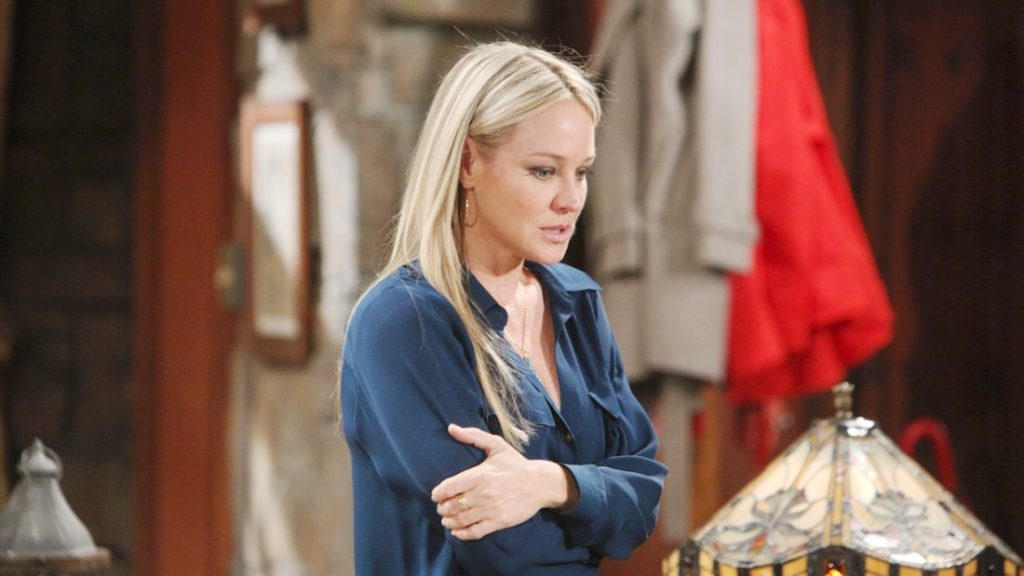 The Young And The Restless Spoilers For April 7: Sharon Rosales Meets Adam, Faith Is In Trouble

The Young and the Restless spoilers for Wednesday, April 7, reveal that Sharon Rosales will come back to Rey Rosales and will have to answer questions like where she has been. Sharon will once again deceive Rey and will not tell him that she was with Adam Newman. Sharon will continue to lie about being in touch with Adam, but Rey will start becoming suspicious anyway. We will have to wait and watch how Sharon takes the next step.

More related spoilers suggest that Sharon will help him set a trap for Chelsea Lawson in the upcoming episode. So, Sharon might help him do it in the episode that airs this Wednesday. Sharon will at least think of the whole plan, and she might even stop to see Chelsea just to see if what Adam claims about is even true.

However, at this point, Sharon will have to focus on Faith Newman and the aftermath of her accident. We will no doubt get to see Sharon in the mom mode as she helps Faith recover and prepares for what is coming up next for her.

Speaking of Faith, the young and the Restless spoilers suggest that Alviya Alyn Lind’s exit airdate is coming up soon. Spoilers say that Lind’s last airdate will be April 7. So be sure you tune in and see the last appearance of the actress. Replacing her will be actress Reylynn Caster, who will take over the role. Her stint will start this April 12. So, Faith’s new storyline will start after Lind’s departure.

The Young And The Restless: Lily And Victoria

The Young and the Restless spoilers reveal that the Wednesday episode will bring a harsh reality check for Victoria Newman. Lily Winters will want to get a few things straight with her. It looks like she will make it clear that all of Victoria’s attempts to lure Billy back won’t work. More Victoria-related news suggests that Victoria will offer to form Billy might reject Victoria’s offer to create a joint venture and go after Cyaxares. That means that Victoria will taunt Lily about keep Billy on the short leash in the Wednesday episode. Victoria will think that Billy is holding back just because of Lily and setting him up for Victor’s destruction. However, Lily will disagree with all of it.

Spoilers suggest that Lily might think that Victoria is a far bigger problem than she thought of her. So, viewers can expect a fierce faceoff between the two ladies. Things are heating up in Genoa City, and it looks like entertainment will only follow. We will keep you updated with all the news about The Young And The Restless as it surfaces. So, you stay tuned. In the meantime, tell us what do you think of this brewing battle between Victoria and Lily in the comments below.