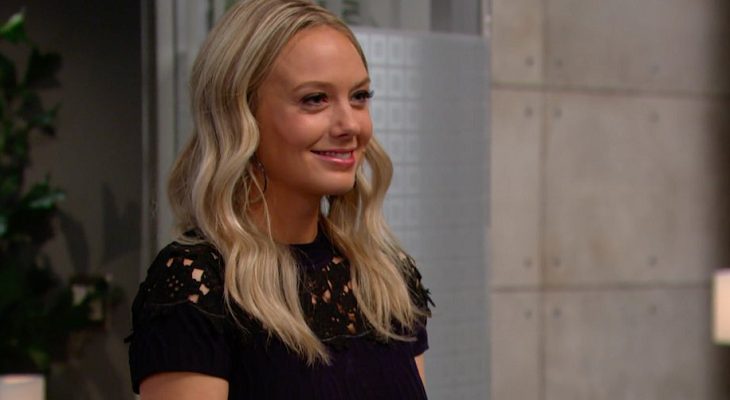 The Young And The Restless Spoilers For October 27, 2021: New Evidences Surface For Abby, Kevin, And Rey Bond

The Young and the Restless spoilers for the upcoming episode of October 27, 2021, reveal that Abby will continue to hold onto the little hope she has left. However, it doesn’t look like she will be able to be so hopeful for longer. Then, Billy and Lily will reach out to Victoria, who will turn them down. Rey and Kevin will also bond. But what will this be about? Here is everything to know.

Starting off the episode will be Abby, who will still be hopeful that Chance is somewhere out there. Believing that he has gone forever is something that she will find very hard to believe. So, she will try to be hopeful. Abby will continue to maintain the hope that if Chance was dead, she would have known it.

More-related spoilers suggest Christine will receive some pictures and from someone. And it looks like this will have something to do with Chance’s presumed death. Spoilers confirm that Christine and Ashley will hide whatever it is from Abby. So, it is possible this could be more pictures from the bombing site. Abby is already fragile. So, they wouldn’t want to break her.

Regardless, Abby needs to know everything. So, she will end up looking at these pictures. Spoilers suggest that one of these pictures will particularly distress her. And, this might be a picture that backs up the idea that Chance is no more.

Abby will not be able to take this and collapse. However, Celebdirtylaundry.com suggests that Chance isn’t really dead, and he will come back later down the road. But, until that happens, Abby will suffer.

The Young And The Restless: Billy And Lily Reach Out To Victoria

Victoria will have no interest in getting into another fight. So, Billy will have to deal with all of this on his own. Victoria will argue that all she wants to concentrate on is Ashland Locke and his health. So, she will back down.

Rounding off the Young and the Restless spoilers for the upcoming episode of October 27, 2021, viewers will get to see Rey and Kevin bond. They will connect on their mutual distrust between Adam and what he would do next. Kevin isn’t a fan of the fact that Chloe is getting close to Adam. Rey doesn’t approve of Sharon’s closeness with Adam either. So, they will bond over that.