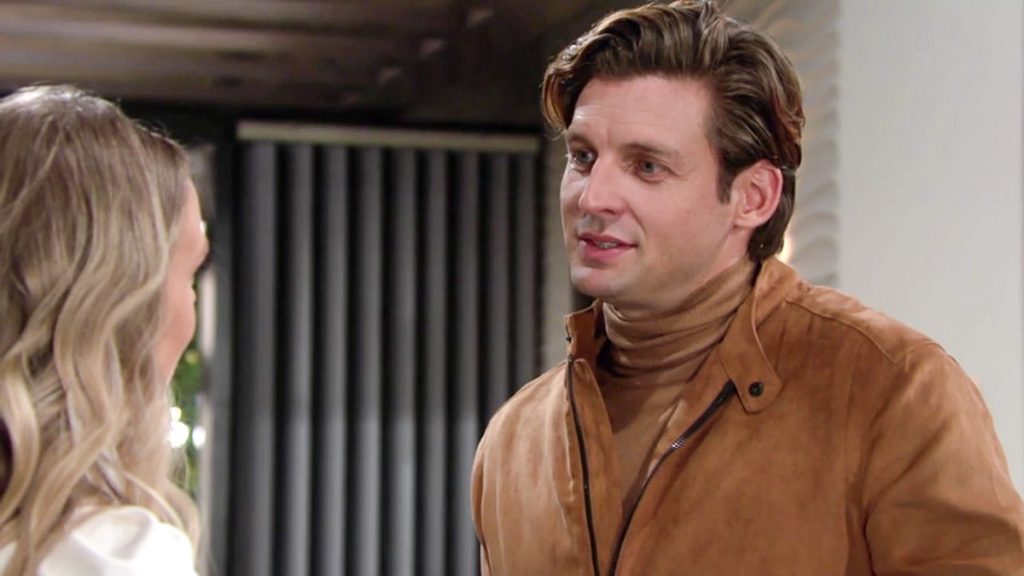 The Young And The Restless Spoilers For The Week Of October 18, 2021: Noah Returns Home, Chance Is Dead?

The Young and the Restless spoilers for the upcoming week of October 18, 2021, reveal that this will be the week when Victoria and Ashland get married. And to celebrate this union, Victor will have another gift for this newly-married couple. Then Billy and Lily will make a moral decision, and Jesse will be “neutralized.”

More spoilers suggest Nick and Victor will get in a heated confrontation, and Nikki might have to intervene. In Genoa City, Noah Newman will make his way home, and Tessa will also get a warm welcome. Devon will get frustrated, and Abby will get some news on Chance. Is he okay? Here is everything to know.

Starting off the week of October 18, 2021, spoilers suggest that Victor will have another gift for his daughter Victoria in the upcoming days. Ashland and Victoria are now married. So, Victor will come up with something for them.

The Young And The Restless: Billy And Lily’s Decision

While Victoria and Ashland work on deciding how their future looks, The Young and the Restless spoilers suggest that Lily and Billy will also face a moral dilemma. Victoria has come to know about Ashland’s truth, but not everyone knows. So, Lily and Billy will wonder if they should make it a story for ChanceComm.

If Lily and Billy do run a story on Jesse Gaines and Ashland, that will deteriorate Billy’s relationship with Victoria. Will they ever be able to go back from that?

What Happened To Jesse Gaines?

Y&R viewers know that Jesse Gaines recently went missing. That made us think about what could have happened to him. Now the l atest spoilers suggest that he will be “neutralized.” Could this be the present Victor is about to give Victoria and Ashland?

After all, if he could take care of Jesse for good, it would be a great thing. Other related spoilers suggest Billy and Lily will decide to leave the wedding and get back to Genoa City.

The Young And The Restless: Nick And Victor’s Heated Face-off

Y&R viewers would recall, Nick had gone behind Victoria’s back to find dirt on Ashland. So, Victor will come to know about this, and he wouldn’t like it. How will they deal with this? Spoilers hint that there is a good chance that Nikki might take it upon herself to solve this issue.

In some feel-good spoilers, The Young and the Restless spoilers suggest that Sharon will have a guest over. This will be someone she will be ecstatic to see. Yes, you guessed it right. Noah Newman will reach Genoa City and see Sharon. He will tell her about how he plans to stick around. This will make her really happy.

Speaking of welcomes, The Young and the Restless spoilers claim that Tessa will also get a warm welcome from Mariah. Right now, Tessa is in Tuscany. But, she will soon find her way to Genoa City.

However, it doesn’t look like all of this will last very long. Another conflict will happen between Mariah and Tessa over this baby issue in the upcoming days. How will this affect their relationship? Only time will tell.

The Young And The Restless: Devon Is Frustrated

On the other end of the town, The Young and the Restless spoilers suggest that Devon will start getting frustrated with something, and he will tell that to someone. This might have something to do with Chance’s absence.

Devon is the only person Abby is relying on right now. So, seeing her put up a brave face and fight with everyone alone could be becoming troublesome for Devon. Who did Devon talk to about all of this?

Back in Tuscany, The Young and the Restless spoilers suggest that Ashland and Victoria will get married, and Sally will have something else of mind. It looks like she will see Jack and Phyllis in a close moment and will use that to her advantage.

More Sally-related spoilers suggest that she will have a hard time when she doesn’t get the credit for Victoria’s dress. She will feel like she deserves to be praised. However, Adam will be there to support her, and it will mean the world to her. In fact, Fame10.com

suggests that the two of them become really close and they might even end up kissing each other.

The Young And The Restless Spoilers: More Spoilers

Rounding off the weekly spoilers for The Young and the Restless, Lauren will confront Chloe and ask her about this dress swap. It looks like Chloe will tell the truth, and this will upset Lauren. Adam will also get some advice from Devon. Does it have something to do with Sally or maybe Victoria? We will have to wait to know.

The Young and the Restless spoilers confirm that a lot of wedding drama is coming up on the soap. So, stay tuned. The soap opera airs on CBS all weekdays. Be sure to catch up on all the action. In the meantime, tvseasonspoilers.com will keep you updated with all the news about the soap as it surfaces. So, stay tuned.