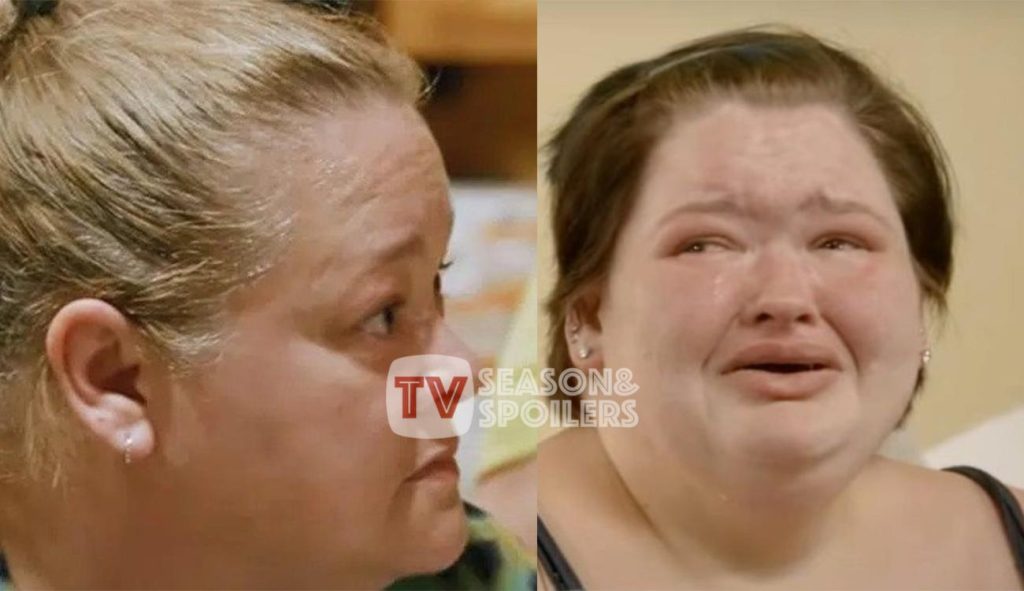 The latest episodes of 1000 Lb Sisters feature the infamous Slaton family having a great time. That’s because they are all on vacation with some other members of their families. This involves Chris’s wife Brittany, sisters Amanda and Misty, and their mother, Darlene. In fact, the family went to an amusement park in the new episode. However, a small argument broke out between Misty and Amy Slaton. It turns out the former has accused the latter of cheating! Why So? Keep reading to get all the answers!

The Slaton family has been having a gala time during their vacation. In the latest episode, all the prominent and lesser-known family members went to an amusement park for an outing. Apparently, the trip included riding a roller coaster, whereas the siblings also shot targets with a laser gun. Eventually, a tour operator asks the younger Slaton sibling if she’s nervous. Hence, the star revealed that she is blind from one eye. TV Season & Spoilers points out that she has addressed this matter on her show 1000 Lb Sisters before. Unfortunately, the celebrity has Toxoplasmosis that led to partial blindness in one of her eyes.

Later on, the ride instructor handed Amy two guns and asked her to “shoot like crazy,” and she would definitely “hit something”. As a result, the famous sister ended up getting the most number of targets. Hence, this led to her sister, Misty

, accusing her of “cheating”. That’s because she believed the 34-year-old had an advantage of two guns. Despite this, the mother-of-1 shot back by saying all her other family members have “two eyes”. Therefore, owning two guns during the game made sense to her. Despite the small arguments, the siblings had a pretty great time at the amusement park.

1000 Lb Sisters: Fans Happy For Chris Combs As He Gets To Ride The Roller Coaster!

Another highlight from the amusement park episode was Chris’ moments. Apparently, the star almost backed out of getting on a ride due to his weight. That’s because it was meant for people below 375 lbs, and that was his exact weight. However, the ride instructor came to his rescue and assured him nothing would go wrong. Eventually, he gave him another seat on the ride while assuring him again.

This outing meant a lot of half-siblings, Chris Combs and Amy Halterman. That’s because they couldn’t go to a place like this previously as they were overweight for the rides. However, they finally went after making tremendous progress in their weight loss journey. Hence, all the viewers were very happy for them. Later on, some fans also showered a little extra love on Chris. In fact, they also were in appreciation of their guide for being so kind and patient with the cast members. Keep checking TV Season & Spoilers for more such 1000 Lb Sisters news.