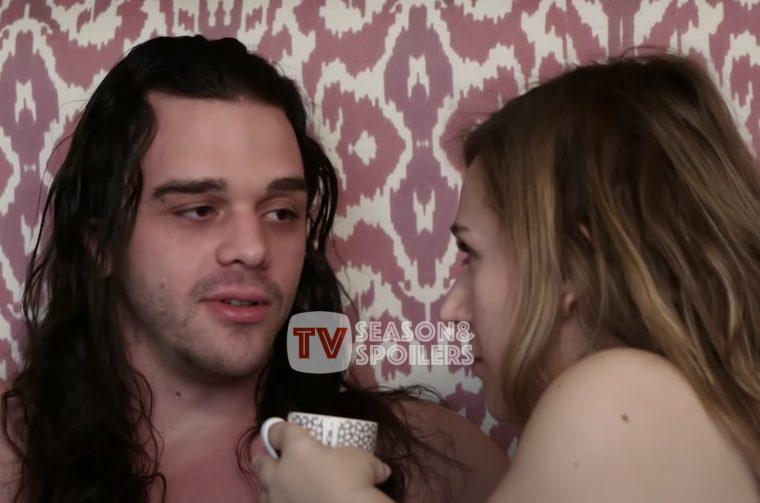 There are some 90 Day Fiance stars fans love. Then, there are some they despise. However, there are also a few that fall right in the middle. Looks like that’s precisely how fans feel about Caleb Greenwood. Earlier, the celebrity didn’t fall on the good books of the viewers. Now, they seem confused. Nevertheless, people are currently quite concerned about him. That’s because the star just shared a scary health update and shed light on being COVID positive! Keep reading to know further details.

Caleb took to his Instagram handle to share something about his life. Unfortunately, his reveal really scared the fans. Lately, there has been an instant rise in COVID-19 cases around the world, and the TV star fell prey to it. He told his followers the same thing by posting a picture of his rest result. In fact, the TLC celebrity also revealed it is his first time contracting this virus as he wrote it was a “first” for him. Along with it, he included a cat picture next to his test with the caption “how I feel today”.

Later on, the seemingly sick individual made more updates. Caleb was in a dark setting while on his bed. He was talking to the camera via Instagram Stories. In the clip, he was talking about how he has been feeling since he found out about having COVID-19. The 90 Day Fiance star told his audience that the fever isn’t “so bad”. Moreover, his throat was feeling “scratchy” to him, and the American man was also experiencing a bit of “sinus”. Then, the celebrity discussed the pain factor by revealing he has “muscle plain” and also experiences “nausea”. Yet, he still gave a rating to his condition by calling it a 3 out of 10. Hence, he said that he isn’t feeling “that bad” with a fever.

90 Day Fiance: Fans Question Caleb & Alina’s Intentions, Are They In A Fake Relationship?

Alina and Caleb are most definitely a distinct couple from the show 90 Day Fiance. That’s because the former is a little person. They had known each other for 13 years before deciding to meet in Turkey. However, things didn’t go as they planned. The latter got a lot of hate early on for being insensitive to his partner’s condition. That’s because the Arizona resident had booked a hotel with no lift facility to stay together with his lover. After that, the Russian woman got lots of love

and support from the fans for being upfront about herself and her condition.

However, fans are now doubting her intentions. It happened after the TLC star tried to promote her music on her social media handle. Hence, everyone now thinks she came on the show for fame and not love. Moreover, the couple’s chemistry seemed off-putting to lots of viewers, especially after Caleb’s impolite attitude. Therefore, they now believe they are faking their relationship for the cameras. However, these are merely some claims by the fans. In fact, the public has not received an official confirmation regarding this matter yet. Keep checking TV Season & Spoilers for more updates like these.