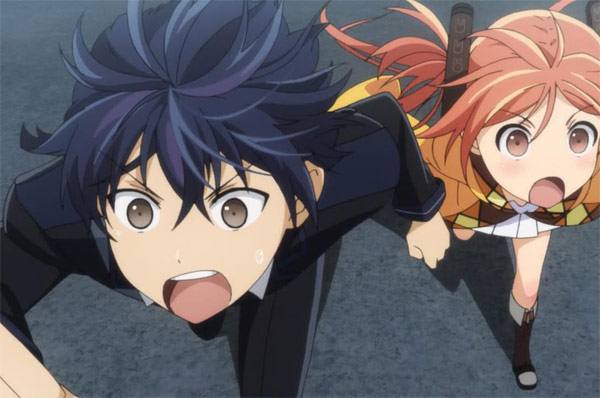 Black Bullet Season 2: What Creators Are Saying about 2019 Release?

Black Bullet Season 2 is a much-awaited anime series among the fans, the release date of the second season has been speculated several times but none of them grounded. Fans are losing hopes for the renewal and are quite frustrated. So the question is Will there be Black Bullet Season 2 in 2019? For the readers who are not familiar with the series here is a short description below:
Black Bullet/Burakku Buretto is an anime adaptation of Sci-fi Japanese light novel series of the same name written by Shiden Kanzaki and illustrated by Saki Ukai. The anime adaptation of the series was co-produced by Kinema Citrus and Orange studio and was aired between April 8, 2014 – July 1, 2014. The first season had a total of 12 episodes with 24 minutes running time, the anime series received good response just like the light novel and the manga series. The anime was aired on Tokyo MX, Sun TV and on Crunchyroll in America.
The plot sets in 2021: The world is suffering from a deadly parasitic virus called Gastrea, this virus has the ability to penetrate and alter the human DNA which turns them into furious monsters. Meanwhile, the leftover humans have found a way to protect themselves, this deadly virus cannot penetrate walls made of Varanium metal, the remaining human population has taken shelter behind these walls near Tokyo city.
The war is over but something even worse has happened, the pregnant women are found to be infected with this virus and the new-born infants have superhuman abilities and are called “Cursed Children.” The main plot revolves around Rentaro Satomi a high school boy who with her female partner Enju Aihara who is a cursed child works at Tendo civil security agency. This agency is trying to protect the world from any further destruction due to this virus. The story for assumed to be continued in Black Bullet Season 2 as there is a lot more to be told.

Status: Yet To Be Announced
Chances of Renewal: Very Low
The series has earned good reviews and with its gripping story, the anime managed to gather a lot of audiences. Unfortunately, the chances of a second season are very low because the Kinema Citrus usually don’t make second seasons of any anime produced under their studio. Since the end of season one, the studio has released 5 new anime series and 6th is on the way so it seems the studio is much interested in doing Black Bullet Season 2. Though the studio has enough content to make another season and complete the story.
Also Read: Latest Updates on Knights of Sidonia Season 3


On the other hand, according to filmschoolwtf.com, the Kinema Citrus studio has teased about the release of Black Bullet Season 2. The executive told that the second season may come out in 2019, however, no reliable information has been found about the release. Stay tuned for the latest updates about your favorite anime and we will keep you up to date if the series gets a renewal.