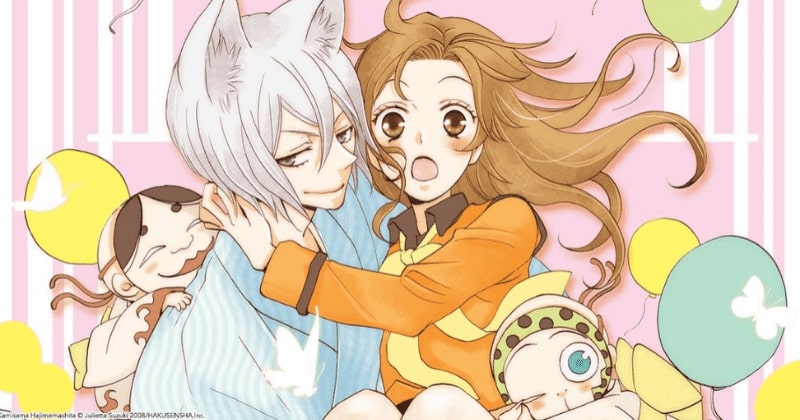 Kamisama Kiss Season 3: Canceled Or Confirmed? Is There Any Hope?

Even after five years, Kamisama Hajimemashita: Kamisama Kiss Season 3 remains to be one of the most anticipated anime sequels of all. At the time of its debut back in 2012, Kamisama Hajimemashita was a hit amongst fans and critics alike. The anime soon returned with a second season in 2015. However, that was the last we heard anything about the series. Hence, it’s finally time to ask some serious questions. Will it ever return? Here’s everything to know.

Looking at the popularity of the anime, chances for its return seem pretty high. After years for its release, the series is still being talked about. Hence, fans may get to watch their favorite anime yet again. Although Kamisama Hajimemashita Season 3 may not return anytime soon.

Will Kamisama Kiss Season 3 Ever Come Out?

Kamisama Kiss originated as a manga series back in 2008. A few years later, TMS Entertainment decided to produce an anime adaptations of the famous romance manga. Hence, a 13-episode anime season debuted at the screens in 2012, following the second installment in 2015. Despite its popularity, the animation studio has not ordered a third season.

One of the main reasons behind the delay has to be the end of the manga series. Kamisama Hajimemashita concluded back in 2016 with its twenty-fifth manga volume. Hence, after that, there’s no source material left for the anime to promote. Most of the anime adaptations are produced in order to increases the sales of its manga or light novel series. That being said, Kamisama Kiss Season 3 is not being renewed because it has no original content to promote.

Yet, as per history, several animated shows have survived a lack of source material promotion. Considering the high demand and buzz it has created, the anime may get another chance at the screens.

On the other hand, fans worried about the 5-year hiatus should be relieved as well. Unlike US television shows, anime series can take quite a while to be back at the screens. In fact, some animes like One-Punch Man and Log Horizon have taken over four to five years to make a comeback. Hence, there still scope for Kamisama Hajimemashita Season 3.

Is There Enough Source Material For New Season?

The Kamisama Kiss manga series consists of 25 volumes in total. The first two seasons and four OVA episodes of the anime cover the first seventeen manga volumes. Hence, the new anime installment still has around eight volumes for adaptation. This amount of source material can create over 20 new episodes of the animated show.

However, it’s important to notice that the last OVA episode wrapped up the entire plot of the series. Despite having more source material for adaptation, TMS Entertainment has given a satisfactory end to the anime. Yet, according to the story, there’s still room for the studio to expand the plot to create a new season.

Back in 2015, with the conclusion of the second season, writer-director Akitaro Daichi revealed that the studio was busy producing other anime. Since 2016, TMS Entertainment has released numerous anime series. Hence, the producers of the show did not have enough time to create Kamisama Hajimemashita Season 3.

As per current reports, the studio has only one project lined up for 2020. Aside from ‘Rent-A-Girlfriend,’ TMS Entertainment is not producing as many anime this year. Luckily, the producers can finally work on Kamisama Kiss Season 3 in 2020. However, there are no confirmations about the production of the anime.

Kamisama Hajimemashita Season 3: What Will Happen Next?

The story of the popular anime revolves around a high school girl Nanami Momozono. Due to her father’s constant gambling, Nanami is under debt and is thrown out of her apartment. Luckily, due to her good deed, the Earth Deity of a shrine, Mikage gives her his home to live. The leading character is then appointed as the Earth Deity and meets Mikage’s familiar Tomoe, who is a yokai. A relationship between a human and a fox demon is taboo, yet Nanami and Tomoe begin to fall in love.

At the end of the last OVA episode, Nanami and Tomoe finally get married. On the other hand, Akura Ou is still in the body of Kirihito. Kamisama Kiss Season 3 may revolve around the leading couple and the problems they face after their marriage. More villains may appear, and Nanami may fall under dangerous circumstances. Besides, the story may become much more complicated with the appearance of Nanami’s father. He is still under debt and may cause havoc for his yokai son-in-law.

When Will Kamisama Kiss Season 3 Release?

As mentioned above, TMS Entertainment may pick up the productions of Kamisama Hajimemashita Season 3. The series may take a while to complete the making process. Even if the works begin today, the anime may not arrive anytime sooner than 2021 or 2022. As of now, no official confirmations have been made. However, we promise to update this article as soon as the news arrives.

Do you want another season of the romance anime? What are your expectations from Kamisama Kiss Season 3? Tell us in the comments below.