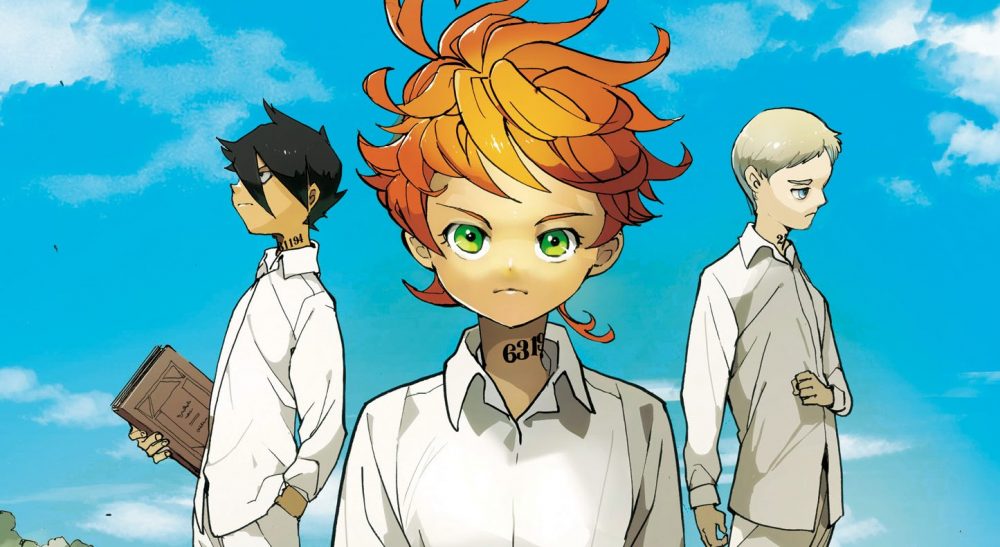 The Promised Neverland Episode 3 Spoilers: You know there is a good TV show on the horizon when the buzz is all time high just after the first two episodes. The show is non-other than The promised Neverland. The show is already a hit and gathered a significant amount of fanbase in this short amount of time.
The Anime is an adaptation of a Manga which is Created by Kaiu Shirai and published by Weekly Shōnen Jump. In all fairness, the show already has a concrete fanbase which is devoted to the content it has to offer.

Spoilers for The Promised Neverland Episode 3


What is the involvement of Krone means in the house? Krone apparently was informed by Isabella that children knew about the secrets all along. It will be interesting to see what will be the fate of Isabella now that Krone is aware of the mistakes she has done. What will he do about the errors made by Isabella knowing she performs her job as a Mama excellently?
For what we know as of now, Emma and her siblings are trying to run away from the Grace Field House. There are many obstacles which she and her siblings are going to face right now. The Ginger girl knows what will happen in the near future as they have very less time until their loved one is taken away.

Premiere date and where to watch the show

The Promised Neverland Episode 3 will air on January 25th, Friday in Japan. There will be a lot of discussions when Episode 3 premiers. Till then, the only thing we can do is wait. sigh.