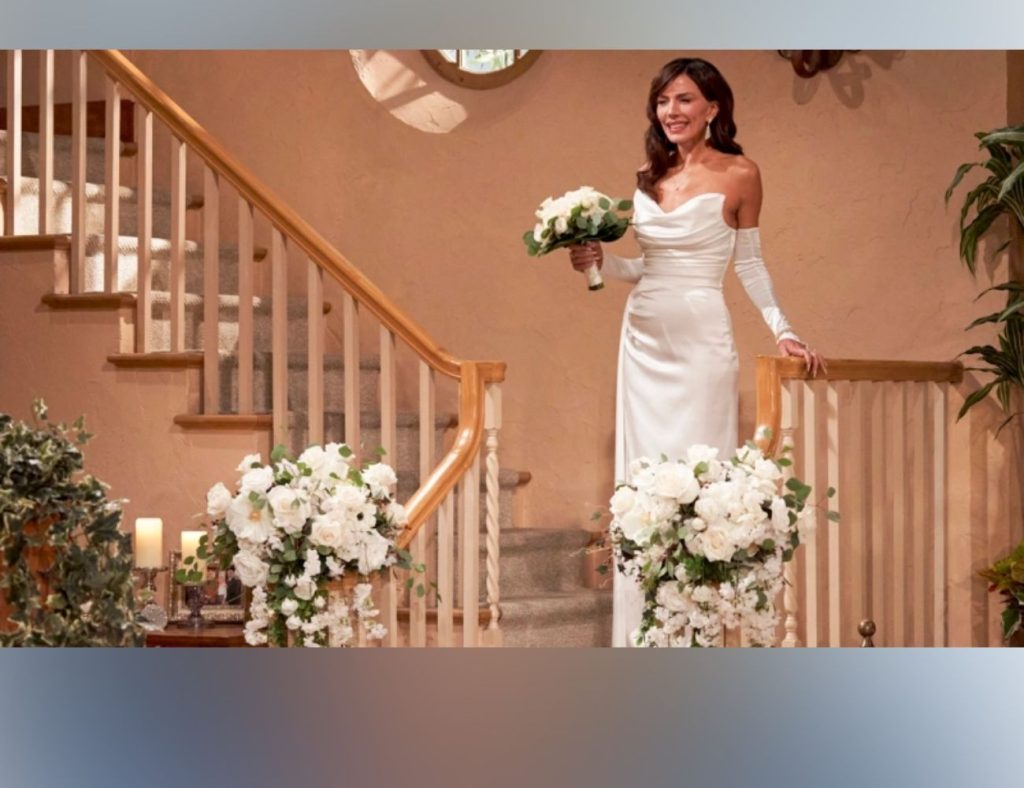 The Bold And The Beautiful: Aftermath of BREAKUP WITH Ridge, PREDICTIONS On Who Taylor Will End Up With

Taylor had always been skeptical about allowing Ridge back into her life on The Bold and The Beautiful. Don’t get us wrong, we are in no way insinuating that she doesn’t love him. In fact, she loves him in the purest and most selfless way possible. She set him free to choose whoever he wanted to be with, between her and Brooke. And she had decided to accept his decision as true destiny. In Aspen, she even confided in Steffy that she believes Ridge will only ever see her as a substitute for Brooke.

However, when Ridge proposed marriage to her, she let her love for Ridge take over her and accepted. Taylor and Ridge were all set to take the holy vows. But, in the most dramatic way possible, Thomas’s ploy came to light. Douglas confided in his aunt Steffy that Thomas framed Brooke, which lead to Ridge leaving her in favor of Taylor. Thus, making Steffy realize that the wedding needs to be stopped. Assuming Steffy and Douglas do manage to stop the wedding and Ridge reconciles with Brooke. What will happen to Taylor? Will she find new love? Let’s have a look at the possibility!

We have said it before, and we will say it again, Deacon is a charmer. He can make any woman weak in the knees for him. We have witnessed it far too many times, on The Bold and The Beautiful as well as The Young and The Restless, to deny it. So it won’t come as a shocker if Taylor started to connect with Deacon. Of course, the fact that they already had a couple of flirtatious exchanges earlier in 2022 will certainly help the process. And, let’s be honest, Taylor and Deacon will surely look like a spectacular sight together!

A heartbroken Taylor might end up at the bar to drown her sorrows in the bottom of the glass. And who do we know who works as a bartender on The Bold and The Beautiful? Oh right! Deacon! So, a few drinks might lead a tipsy Taylor into flirting with Deacon, and we know how that ends! We have seen it play out several times. So, if you see the two of them necking in an upcoming episode, remember we called it!

Okay, so we recently witness Bill Spencer in a sort of a bender on The Bold and The Beautiful. He tried to persuade Brooke to get into a relationship with him. However, she declined his proposal. In fact, she declined it a second time in a row. Bill had tried his luck with her just a heartbeat ago when Ridge had left her for Taylor. However, even then, a freshly heartbroken Brooke had made it clear that she only loves Ridge. Once Bill was convinced he had no shot with Brooke, he moved on to the other Logan sister.

Just hours after being shot down by Brooke, Bill landed up in front of Katie on The Bold and The Beautiful. He literally groveled in front of her to take him back and give their relationship a second chance. However, Katie too declined him. It seems like being single is getting too lonely for Bill. So perhaps the two lonely souls will connect on common ground? Maybe, Bill will realize Taylor is just as lonely

as him and ask her out, she may even accept the date as a distraction from her heartbreak. However, could this be a long-term connection or not, only time will tell!

And then, there is always an option of bringing an entirely new love interest into the picture! A new character opposite Taylor may add a lot of spark to the soap. However, a blast from the past can’t be written off, either. Remember Brooke’s son Rick? He and Taylor had a thing going once! Wouldn’t it be so scandalous if that reignited? Please tell us in the comments which one of the above options seems most viable to you? Meanwhile, stay tuned to CBS to see what happens next on The Bold and The Beautiful.