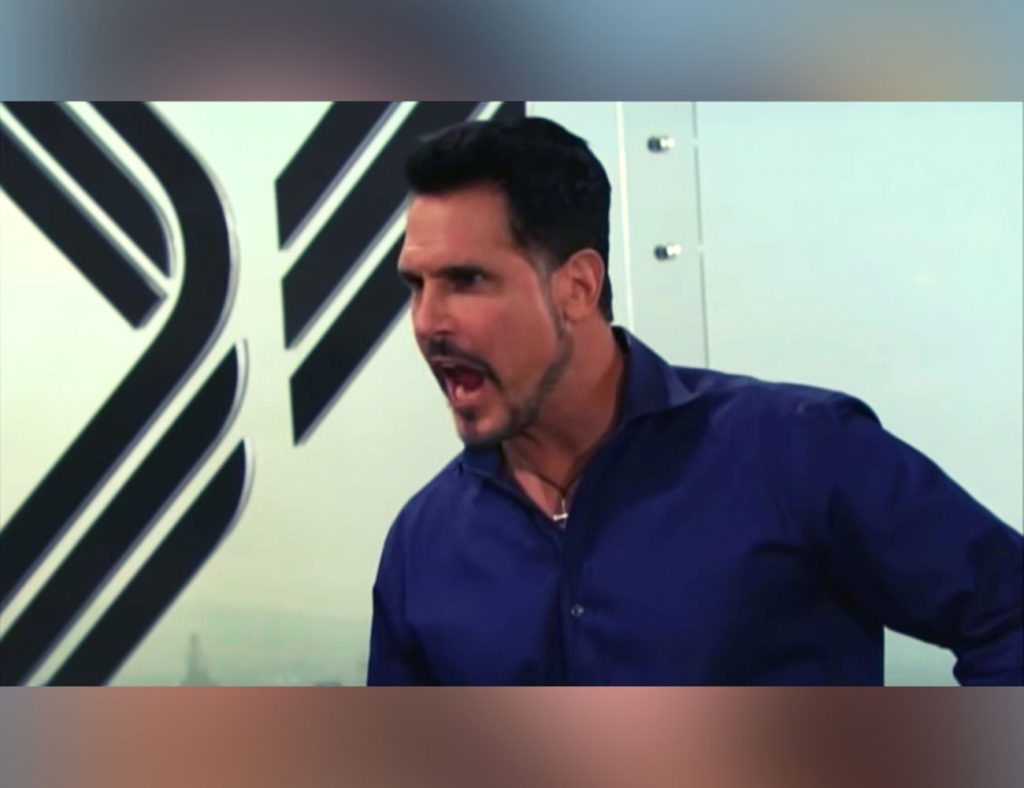 The Bold And The Beautiful: Bill LOSES His Mind, Falls Off The Edge?

It is no secret that Bill Spencer is one of the most loved characters in The Bold and The Beautiful. Fans thoroughly love this casanova, despite his shady side that resurfaces from time to time. However, of late, it seems that Bill is inciting all sorts of frustrating reactions from his fans by his rather “off” behavior on the CBS soap. His acts and outbursts are so bizarre that it has the viewers wondering if Bill’s mental health is spiraling downwards. So, are we about to see Dollar Bill have a mental breakdown on The Bold and The Beautiful? Let’s find out!

All was well and up to speed when Bill proposed to Brooke with his undying love for the millionth time on The Bold and The Beautiful. As expected, Brooke shot down his gesture, again for the millionth time. You know, the usual everyday thing in their lives. However, things took a turn for the crazy when Bill turned right around and knelt in front of Katie two seconds later. Not just Carter but even fans were aghast with this undignified act. We know Bill has a history with both Logan sisters, but proposing to them both in a gap of a few breaths was just outlandish and distasteful.

To add to this sudden and frustrating character shift of Bill, he went out on a rant of self-pity. Ugh! Never thought we would be made to watch the Publishing King grovel like this. Like a jilted teenage loverboy, he fretted that nobody loves him, everybody abandons him, and all sorts of boohoo. This is just insane because obviously, Katie and Brooke both care about him massively. Not wanting to be romantically involved with someone doesn’t account for abandonment. Moreover, not just Brooke and Katie, even his sons Liam and Wyatt have shown no sign have felt bad blood with their daddy off late. So seriously, what are you talking about, Bill?

If that wasn’t enough, right after a ride around pity-town, a sense of eeriness started to cloud around Bill on The Bold and The Beautiful. Bill looked straight into Katie’s eyes and told her that he would never give up. That he will never lose her to anyone. Not to Carter Walton or anyone else. “I do not Lose”, Bill declared. Was that supposed to feel romantic? Because honestly, it felt like a menacing threat. Right after that, Publishing Mogul shifted gears to become a needy lovesick puppy. “I need you,” Bill stressed. “I need you now, my Katie, like never before.”

Was it j ust us, or did you also feel creeped out by Bill’s declarations? More than being out of character, it was abnormal. It really makes us wonder if the makers intended it to be this way. We wonder if The Bold and The Beautiful is about to send Bill on a mental breakdown trip. And, if that happens, Bill is dragging Katie right down with him. Seems like we should prepare ourselves to watch Bill getting some sort of illness and Katie being right beside him, trying to nurse him back to health. But do we really want that story? Please share your views in the comments. Meanwhile, stay tuned to CBS over weekdays to find out what happens next to Bill on The Bold and The Beautiful.