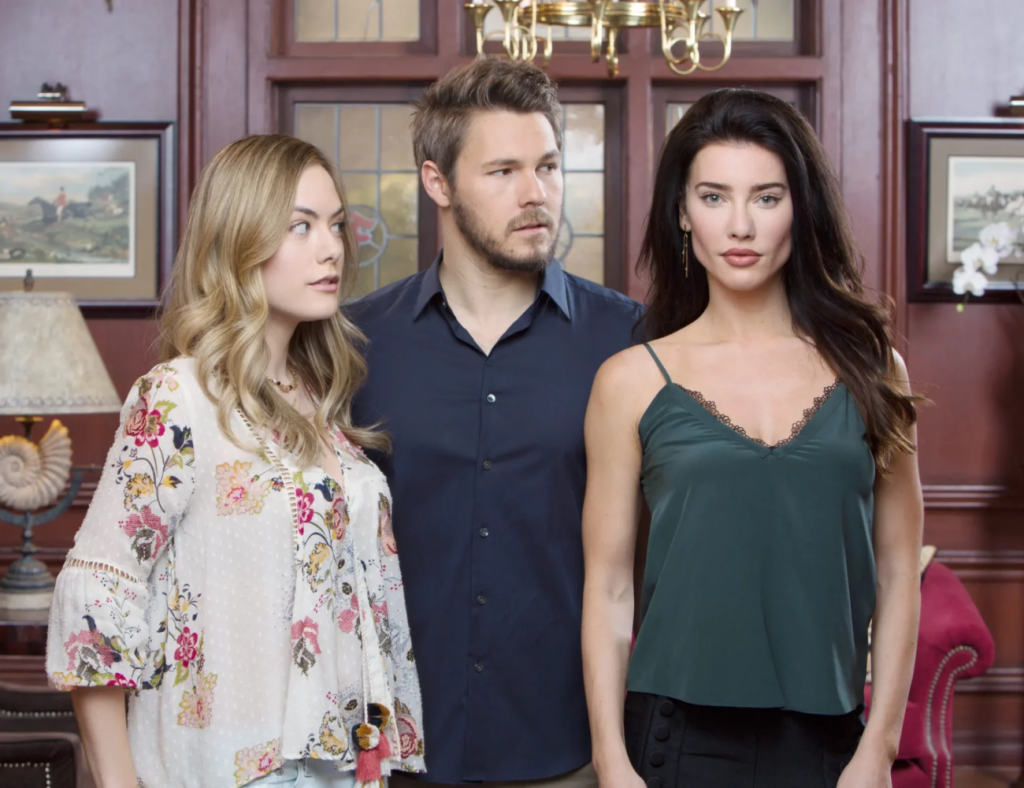 The Bold And The Beautiful Spoilers For December 15, 2022: Steffy and Hope Lock Horns, Brooke and Taylor Shock Ridge

The Bold And The Beautiful Spoilers For December 15, 2022, reveal that Hope and Steffy go head to head against each other again. Liam will try to play peacemaker between the two women and break their fight. Elsewhere, new allies Brooke and Taylor summon Ridge for a conversation. He will receive some heartbreaking news from the duo. Let’s dig into the storylines in a little more detail to find out what to expect next on our favorite CBS soap!

Now that Hope and Steffy have had a heart-to-heart about Sheila Carter still being alive, they go right back to locking horns. The Bold And The Beautiful Spoilers For December 15, 2022, reveal that Steffy and Hope will once again have a heated argument about whose mom should rightfully be Ridge’s wife. While it’s true that Ridge and Taylor’s wedding crashed because Steffy told the CPS truth, that has not changed the fact that she still believes that Ridge belongs with Taylor. She only told the truth because she thinks Ridge would choose her mom eventually, knowing all the facts and not manipulation.

On the other hand, Hope argues that had the CPS call drama not happened, Ridge would still be with Brooke. He never would’ve annulled the marriage if he hadn’t been led to believe that Brooke betrayed him. The Bold and The Beautiful spoilers reveal that, at this point, Liam will enter the room and try to break up their argument. He will insist that there is no point to the argument as they can’t decide for Ridge. Ridge will himself have to decide whom he wants to be with after all. But can Ridge really make a decision? Moreover, can he stick to it?

The Bold And The Beautiful: Taylor And Brooke Break Some Unexpected News To Ridge

Ridge is finally back from his soul-searching trip on The Bold and The Beautiful. Moreover, it looks like he has finally made a decision about who he really wants to be with. Brooke or Taylor. However, spoilers suggest that Ridge may have to put his decision and choice on hold as the ladies have made a decision of their own. Brooke and Taylor have called a truce on Ridge’s matter. After a lengthy discussion they have reached a decision of their. Will it be a decision that breaks Ridge’s heart?

The Bold and The Beautiful heroines have summoned Ridge via text to come to meet them. Ridge would certainly be on edge, thinking why the ladies want to meet him together. Spoilers suggest that they will not let him reveal his choice upon them. Instead, they will tell him what fate they have decided. Will the ladies tell Ridge that they are both done with his waffling ways? Will Ridge have his heart broken by both his women at the same time? Stay tuned to the next episode of The Bold and The Beautiful to find out! Bold And The Beautiful airs on CBS all weekdays. Don’t miss the action.