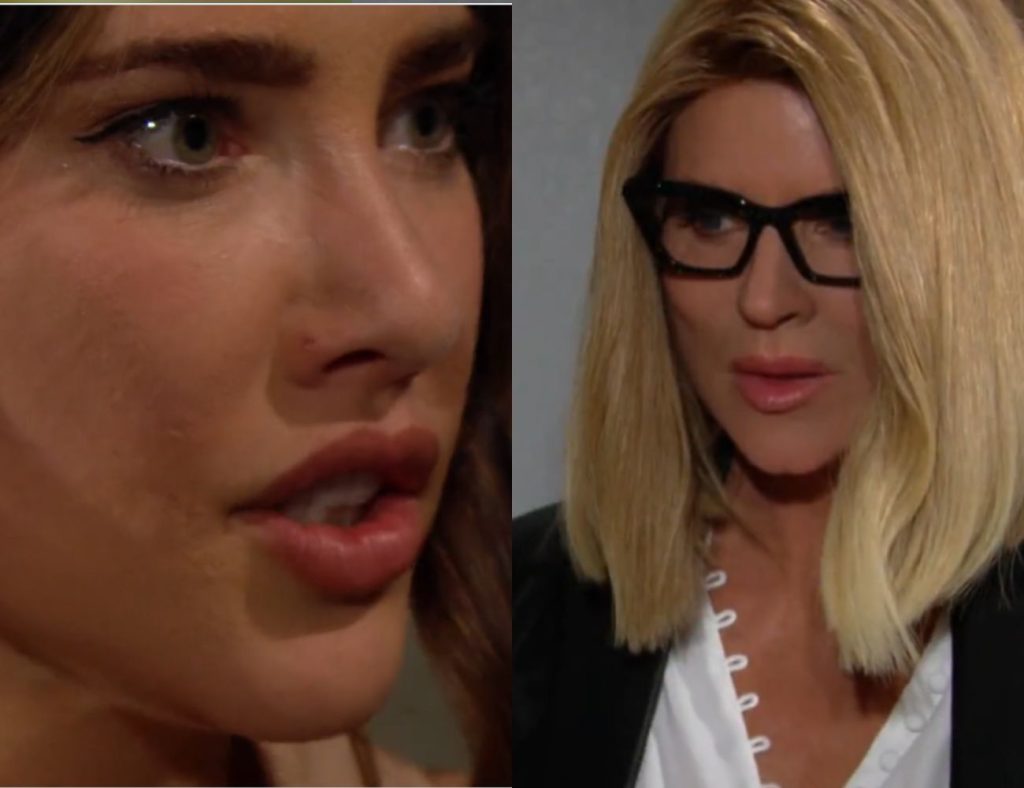 The Bold And The Beautiful Preview Video For The Week Of December 12-16, 2022: Brooke And Taylor Reach A Truce, Sheila Is Exposed

The Bold and The Beautiful Preview Video for December 12-16, 2022, promises a power-packed week on CBS! While Ridge will get a shocker of a decision from Brooke and Taylor, Steffy comes face to face with her worst nightmare, Sheila Carter! Steffy shares the startling news with everyone, Deacon rings Sheila with a warning. Will Sheila pay heed to Deacon’s words and make a run for it? Will the Forresters, alongs with the cops be able to track down Sheila? Keep reading to find out what to expect on The Bold and The Beautiful this week!

Brooke And Taylor Shock Ridge With A Decision

The Bold And The Beautiful Preview Video reveals that Ridge Forrester is back in town. After his “soul searching” escapade, he meets Taylor and Brooke. Taylor asks him if his time alone with his thoughts has helped him come to a decision. Ridge admits that he knows that he can choose only one of them. However, before he can tell what he has decided for their entwined fates, the ladies interrupt him and inform him that they have taken a decision of their own.

What could be this decision that Taylor and Brooke have reached mutually on The Bold and The Beautiful? The way Brooke and Taylor smile at each other it doesn’t seem like they are battling over Ridge anymore. Looks like it is a decision Ridge may not be very pleased to hear. Have the ladies decided to back off of him? Keep watching this week’s episodes to find out what’s the hot ball that is about to be dropped on Ridge by his lady loves!

Steffy Tells Everyone Sheila Is Alive, Deacon Gives Sheila A Heads Up On The Bold And The Beautiful

The Bold and The Beautiful preview video for the week reveals that Sheila and Steffy finally come face to face. Earlier, Steffy and Finn confronted Deacon

and asked him if he had any knowledge of where Sheila is. Expectedly, Deacon denied being in the know of Sheila being alive. However, he then rips into Sheila about getting exposed and urges her to leave. Later, in a hotel lobby, Steffy bumps into a disguised Sheila. Steffy still manages to recognize her. In the Bold and the Beautiful preview video, Steffy recounts to everyone that she saw Sheila in the corridor, but she slipped away in a blink.

As Deacon hears about Sheila and Steffy bumping into each other and Steffy recognizing her, he makes a phone call. He warns Sheila that it is only a matter of time before they all get to her on The Bold and The Beautiful. Sheila looks concerned upon hearing Deacon’s heads up. Is it game over for Sheila Carter? Will she be able to once again dodge the bullet? Or will this time, the cops will manage to nab the fugitive? Stay tuned to the upcoming episodes to find out what happens next! Meanwhile, you can watch the preview video for this week below!